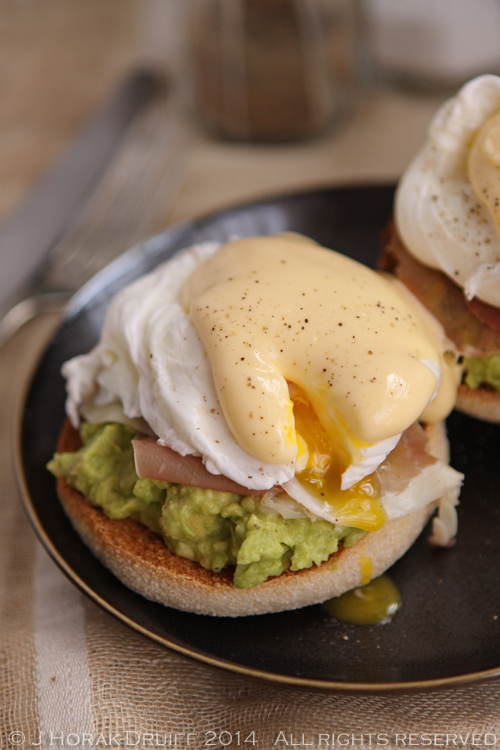 Even more intriguingly, it seems that we are turning into a planet of food-o-phobes: people suffer from arachibutyrophobia (fear of peanut butter sticking to the roof of the mouth); mycophobia (fear of mushrooms/fungi); and turophobia (fear of cheese). Britain’s tabloids have also gleefully introduced us to people who are so phobic of peas that they can’t walk down the frozen foods aisle of the supermarket; people who fear cottage cheese (“it’s a texture thing”); and the woman who is terrified of marshmallows. But there’s also another type of food related fear – not so much the eating aspect but the cooking aspect.

For some people, this might be fear of cooking a whole fish with the head still on (“the eyes! the eyes!”). For others, it is yeast baking – all the rigmarole with activating the yeast, the agonising wait for it to rise, and the idea that you are baking little living organisms into your bread. And for others, cooking or baking with gelatine gets their fear meter to red-line.  But for me, it’s always been finicky, splitty, emulsified sauces – think hollandaise, bearnaise and mayonnaise (aise-phobia, you might say). All these sauces consist of mixing two substances that basically want to do anything but mix, e.g. oil and water. The scientific reaction that makes the sauces possible is called emulsification – the mixture of two ostensibly unmixable liquids.  The trick is to whip the fatty part of your sauce (oil or butter) like crazy and thereby force the fat molecules apart by squeezing the emulsifier (the water molecules in an egg yolk) in between them.  As the water forces and holds the fat molecules apart, the sauce takes on a new consistency unlike that of either of its components.  But do it wrong and your sauce splits – in other words it reverts to globules of fat floating in water.  Not pretty. So suffice to say that up to now, all hollandaise sauce at Chez Cooksister has come out of a Maille jar (and a damn fine job they do too). But when I was recently sent a box of gorgeous Peruvian Hass avocados, I wanted to make a special eggs Benedict with them and reckoned I owed them a proper homemade hollandaise to do their creamy texture justice. I figured that it was as good a time as any to face my hollandaise fear.  The traditional way of making Hollandaise involves whisking melted butter into egg yolk in a bowl over a pot of boiling water.  The risk here is double:  not only might your sauce split, but if it gets too hot the egg starts to turn into scrambled egg, and there is no rescuing that sauce. But a bit or internet research revealed an apparently foolproof way to make hollandaise sauce using a stick blender. It seemed too good to be true but I can vouch for the fact that it produces ridiculously good hollandaise in 30 seconds flat, and I now can’t wait to make bearnaise! 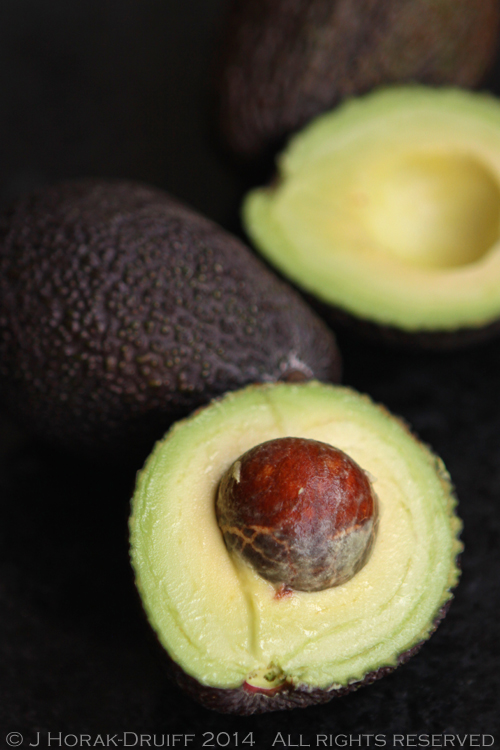 Peruvian Hass avocados are grown on the coastal plains between the Pacific Ocean and the Andes mountains, enjoying long sunny days, moderate rainfall and mild temperatures provided by the proximity to the Equator. This provides the perfect environment for them to develop their characteristic pale green creamy-textured flesh and slightly nutty flavour. Although avoided for many years as being high fat, avocados are enjoying a renaissance as we discover that their fat is naturally mono- and poly-unsaturated and comes in a nutrient-dense package that includes Potassium, Vitamin E, Vitamin B6, Calcium and many other essential nutrients – and they taste great! They are also available in UK supermarkets from May till September, so catch them while you can!

This dish makes for a luxurious take on the classic eggs Benedict, with the avocado providing a rich creaminess, and the ham providing a silky bite of umami.  If you feel the need for an indulgent breakfast weekend after a long week, this is exactly what you need.

For more poached egg recipes, have a look at: 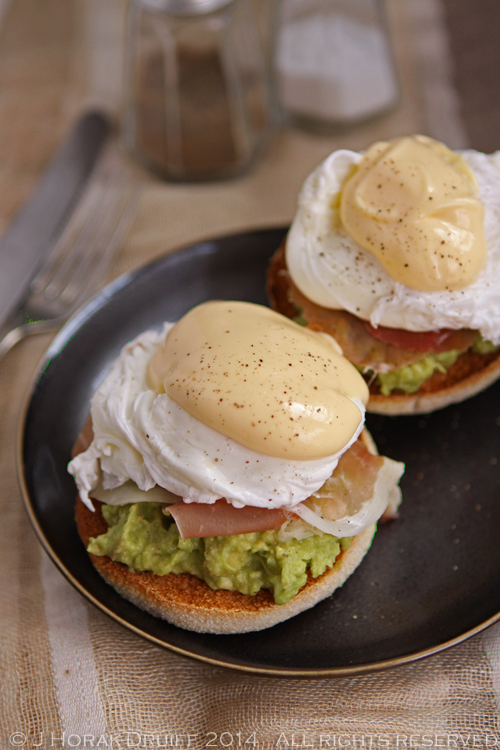 DISCLOSURE:  These avocados were sent to me as a free sample.  I was not required to write about them and all opinions are my own. 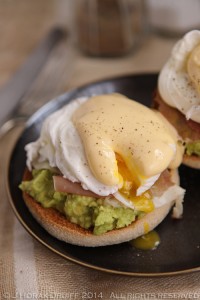