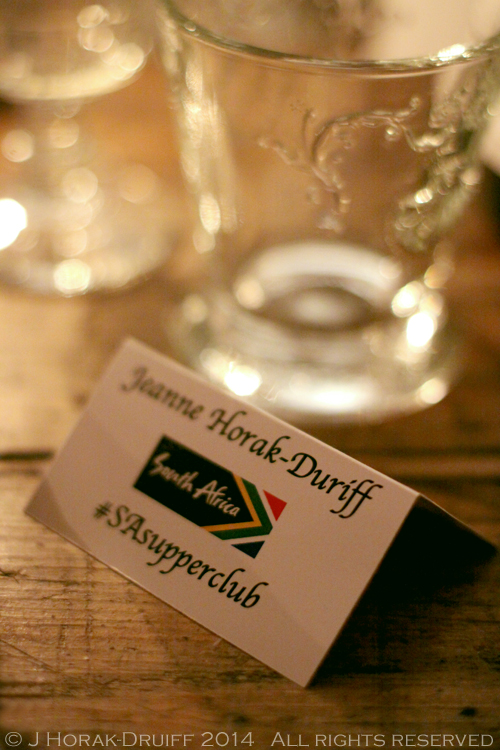 Regular readers of this blog will know that I am something of a cheerleader for South Africa  on this blog –  from its wonderful hotels, to its fabulous restaurants, to its spectacular scenery, to its awesome wine, to (of course!) its glorious fresh produce. Fortunately we can enjoy at least two of those things right here in London: South African wine and South African produce – England remains one of the largest export markets for South African fruit.  Despite the considerable distance that the fruit has to travel to get here, South African fruit is somewhat redeemed ( in an eco-friendly sense) by the fact that 99% of it is sent via ship rather than air-freighted; and the fact that South Africa’s  seasons are the opposite to the UK’s – so you would only ever be buying South African peaches at a time when you cannot obtain British (or European) peaches.  And then there is the inescapable fact that buying South African fruit brings much-needed cash into the South African economy, creates much-needed jobs, and puts food on the tables of farmers, farm workers and their families.

Ms Marmitelover Kerstin has written a far more extensive piece (well worth reading) on the excellent reasons why you should buy South African fruit, and it was to her home that I was recently invited to attend a special South African supperclub evening sponsored by the South African fruit industry.  As always, Chez Marmite was a-twinkle with sparkling chandeliers and glasses – and sparkling conversation with a distinct South African twang.  Over canapés of mushroom wontons with a plum and star anise sauce;  plum ‘sushi’ with smoked salmon and wasabi roe (a revelation!)  and a glass of Langlois Brut Crémant, I chatted to a number of South African visitors in the fruit exporting and growing industry, most of whom were in the UK on a regular trip to negotiate with the supermarkets to whom they supply fruit. 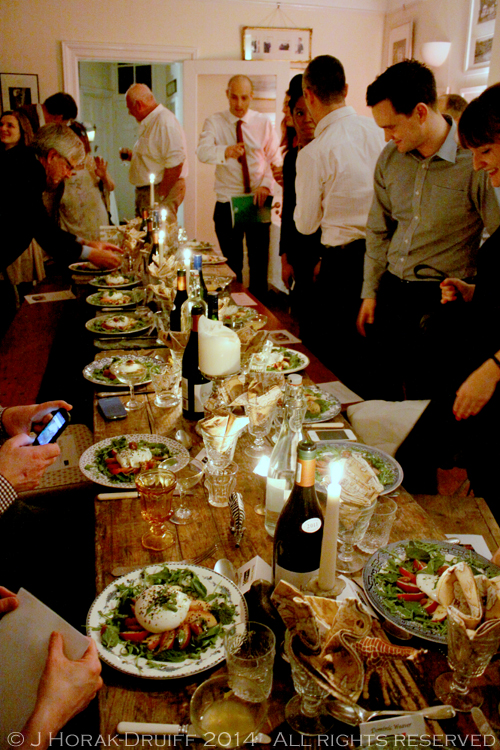 Before long, we were called to the beautifully laid table where we sat down to enjoy a South African stone fruit-themed feast, starting with a decadent dish of white-fleshed nectarine salad with burrata and almonds.  This was one of the stand-out dishes of the evening for me – the sweet nectarines were complemented by the sharpness of rocket and mint; and there are few salads that cannot be improved by the addition of super-creamy and decadent burrata.  This was followed by a delightful vegetarian twist on the traditional South African bunny chow: curried peach mini bunny chows.  Although usually served in a hollowed-out half loaf, these little babies were daintily served on wholewheat dinner rolls and I loved the sweetly-spiced fruit “curry”. To match these two dishes, I had some Ken Forrester 2011 Chenin Blanc Reserve – a beautiful example of a South African oaked Chenin Blanc with delicate vanilla and baked apple flavours to complement its subtle minerality. 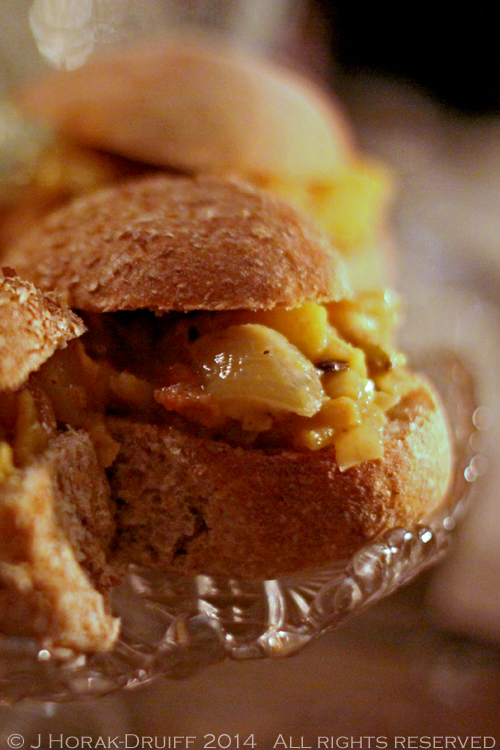 Next up was a dish that was as beautiful as it was tasty:  steamed cod with tkemali plum sauce and Japanese plum noodles.  Tkemali is a Georgian sauce made from green and red sour plums with savoury seasonings alongside the fruit’s own tart flavours and it makes a great foil for meat, chicken or fish.  In our case, the sauce added pungency without overwhelming the delicate flavours of the cod.  The Japanese buckwheat plum noodles (also known as ume soba) were a delightful shade of pink and the whole plate was a novel way of using plums in savoury dishes.  We were also addressed by Anton Rabe, the very personable executive director of Hortgro, a body which represents the growers of South African fruit (specifically stone fruit and pome fruit such as apples and pears), who elaborated on some of the excellent reasons to buy South African fruit and talked about South Africa’s long-standing relationship with fruit buyers and consumers in the UK. 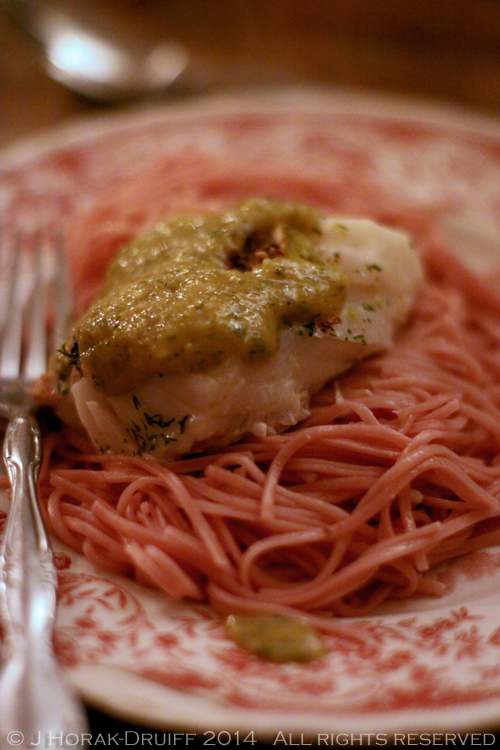 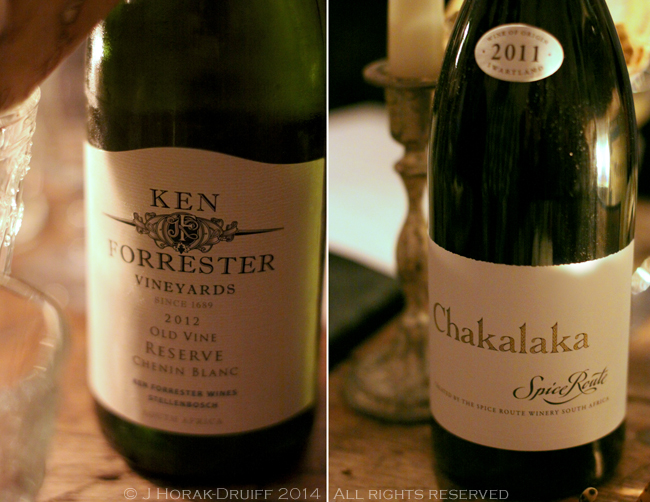 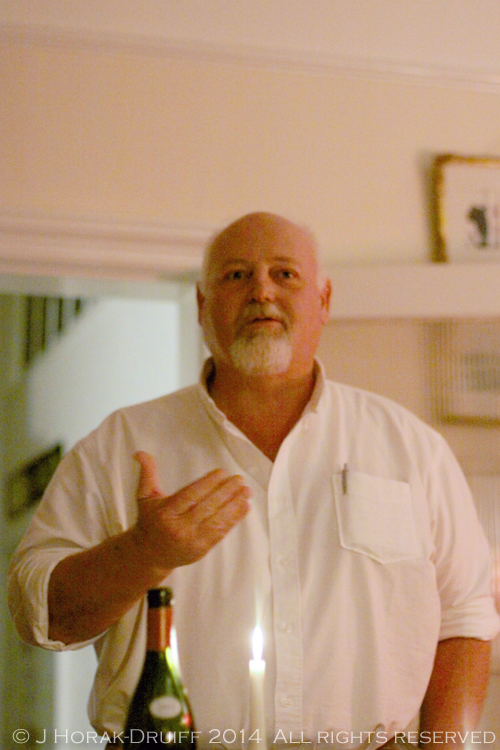 This was followed by a cheese course of wonderful British artisan cheeses – but instead of serving quince paste or fruit preserves with the cheese, Kerstin presented us with rolls of deep crimson fruit leather made from South African Flavorking plums.   This took me straight back to my childhood, gorging on apricot and peach fruit leather – and the sweet leather made a perfect partner for the creamy cheeses.  There was also a tangy homemade stone fruit chutney available.  I enjoyed a glass or two of the 2010 Chakalaka Spice Route  This blend of 37% Syrah, 21% Mourvedre, 18% Carignan, 10% Petite Sirah, 10% Grenache and 4% Tannat has a spice nose of cloves and pepper, but a lush palate of dark cherries and plums – perfect with cheese (or steak!). The final flourish of dessert was carried out of the kitchen by MsMarmitelover herself:  a towering pavlova of South African stone fruit – a structure so impressive it seemed a pity to cut it! And if that didn’t take your fancy, there was also a yellow nectarine tart; and a plum clafoutis – more then enough to keep any lover of stone fruit happy!  To finish off, we were fortunate to be able to taste on of South Africa’s most iconic wines: Klein Constantia 2008 Vin de Constance.  Since the late 1700s, an unfortified sweet wine from mostly Muscat de Frontignan grapes has been made at Klein Constantia and it gained huge popularity in the following 100 years, being exported widely to Europe and even being ordered by Napoleon while in exile on St Helena.   But production ceased in the late nineteenth century after the worldwide phylloxera epidemic hit South African vines.  In 1986, production resumed, using the same grapes and method, and the same shape of bottles as had been used in the 19th century.  Today, this exceptional dessert wine is once again justifiably known throughout the world and it makes a fabulous post-prandial drink! 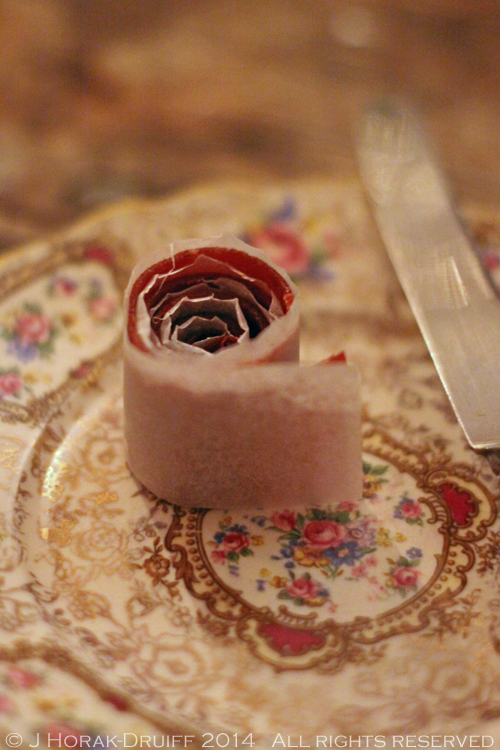 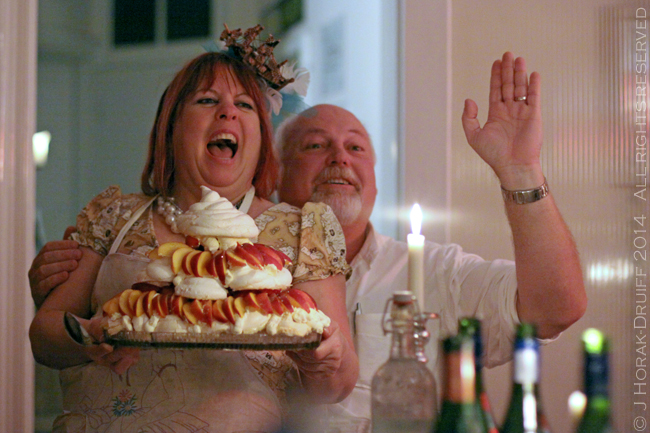 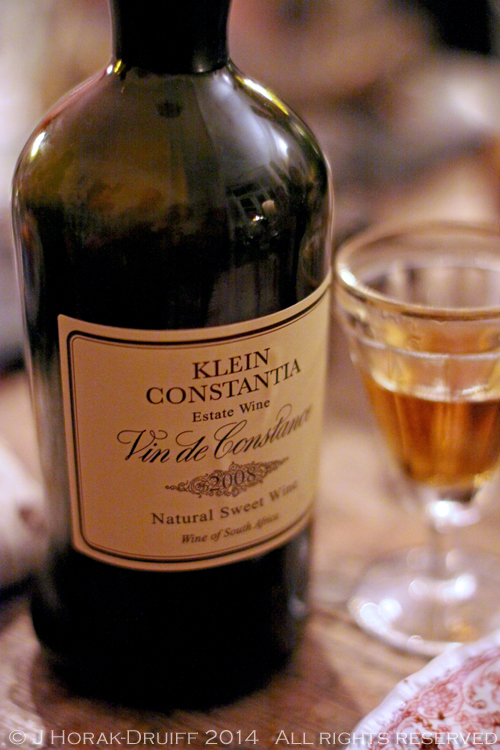 I enjoyed the evening, not only because of MsMarmitelover’s delicious food and the beautiful South African wines (all of which were supplied by expertly selected and supplied by WineTrust 100), but also because of the warm, friendly people that I met from the South African fruit and fruit export industries, all of whom were passionate about their product, and their role in promoting South Africa’s glorious fruits abroad.  South African stone fruits are available in most major UK supermarkets from about December to March, while our apples and pears are available from February to August and March to October respectively. For a few more professional snaps of the evening, have a look at the Beautiful Country, Beautiful Fruit facebook page. You can also find some of Kerstin’s stone fruit recipes from our dinner on her blog.

DISCLOSURE:  I attended this evening as a guest of Hortgro and Red Communications but received no remuneration to write this post and retained full editorial control. All opinions expressed are my own.