If you had mentioned the name Hawksmoor to me five years ago, the only association I would have made was with London architect Nicholas Hawksmoor, protegé of Sir Christopher Wren and architect of at least six beautiful London Churches.  Anybody who has walked around Spitalfields market or traveled on the DLR from the City to the Docklands has certainly seen one of them, serene and beautiful.  But these days when the name Hawksmoor is mentioned, the association that people most often make is with one of the city’s most popular steak restaurants, one of the first to break the Gaucho’s Argentine-themed stranglehold on the premium steak market.  Today you can get your Hawksmoor carnivore fix in one of their four London locations, and it was to the branch in Basinghall Street near the Guildhall that I made my way last year for a dinner matching their food with Italian wines.

The subterranean space is surprisingly large and comprises a bar area, dining area and the private dining room where we dined. Before going through to the dining room I enjoyed a cocktail from their extensive list, helpfully grouped together under such headings as eye-openers, pre-prandials, post-prandials, short & serious, and party-starters.  Min, from te pre-prandial list, was The Dandy (£11) – Cognac stirred with Maraschino & Benedictine, topped with Champagne – and it was wonderful, not to sweet but packing a punch! After moving to the private dining room, we were also given an aperitif of Nino Franco Riva de San Floriano 2012  – a single vineyard prosecco from Nino Franco, made with grapes from a tiny vineyard above the hamlet of San Florian.    This delicious wine has a ridiculously fine mousse; complex, peachy fruit flavours but beautiful freshness and balancing acidity giving it a clean, almost hopsy finish. 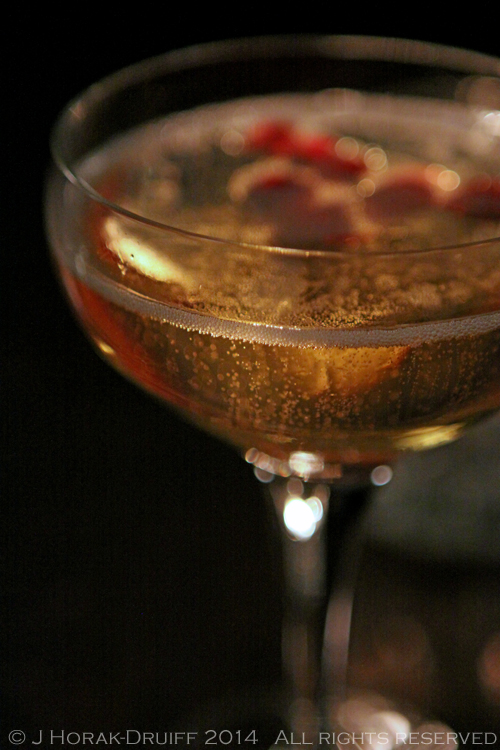 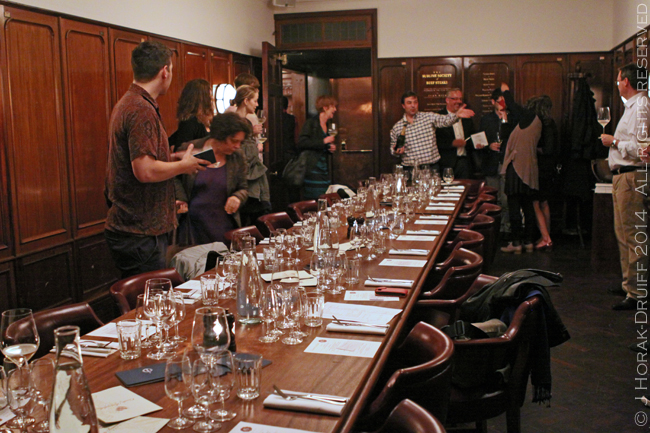 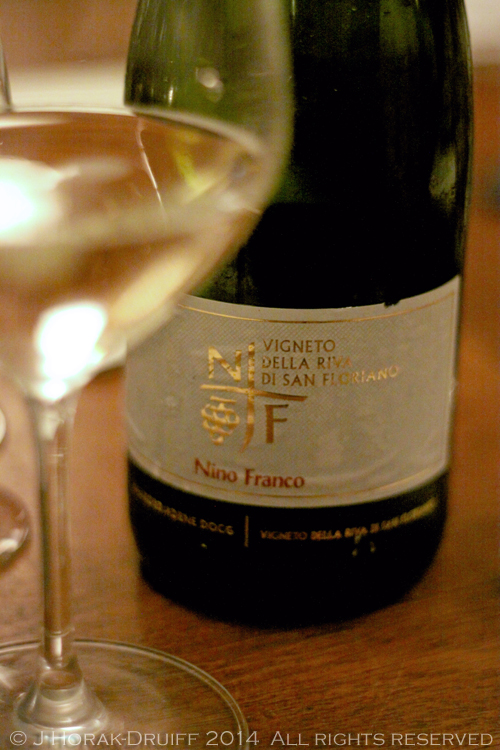 A menu had been selected for us to showcase as much of the Hawksmoor menu as possible, beginning with starters of  Tamworth belly ribs (£10.00) ; Hawksmoor smoked salmon (£10.50); and Hawksmoor Summer salad with preserved lemon (£8.50). The salad and the smoked salmon were pleasant but the stand-out for me were the fork-tender ribs.  With our starters, we were offered a selection of white wines which included: 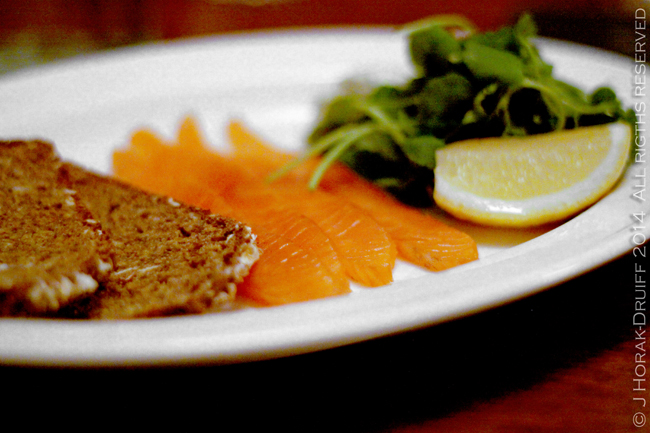 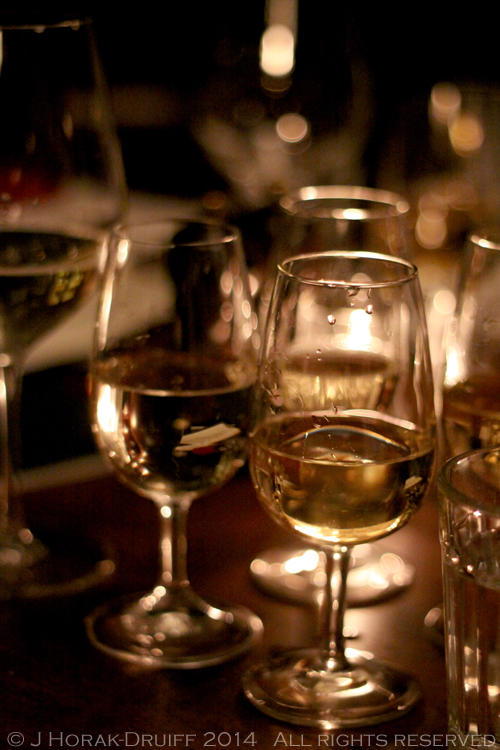 For our main course, we were served sharing platters of three cuts of steak:  bone-in prime rib (£7.50/100g), porterhouse (£9.00/100g) and rump (£20.00/100g) accompanied by sides of creamed spinach (£4.50), extra cheesy mac ‘n cheese (£5.00), and triple-cooked skinny chips (£4.00).  Sadly, I don’t think the sharing platters were the best way to show off the meat as everyone only got a small slice of each and if your slice happened to be the end of the steak that was perhaps a little thinner and more cooked, then you might believe the entire steak to be tough.  Still, the steaks were pretty tasty and I particularly enjoyed the prime rib.  Sides were great too, with the mac ‘n cheese being suitably decadent and the fries being addictively crispy. Together with our mains, the following wines were served: 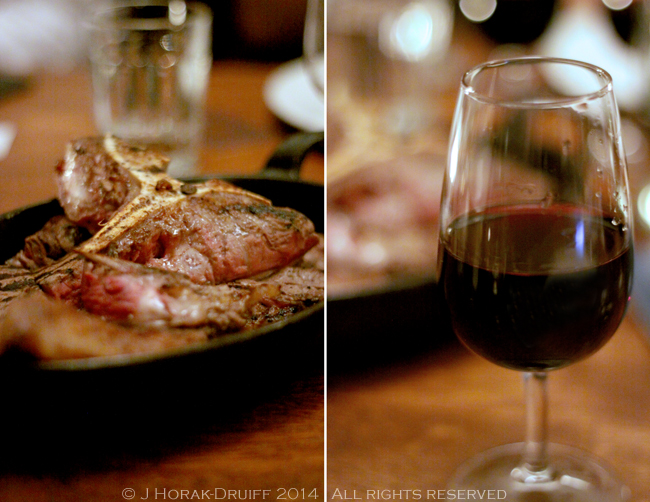 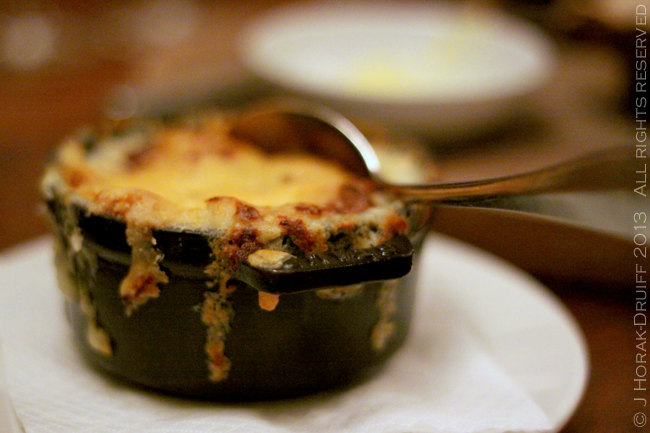 For dessert we stuck with an English classic – sticky toffee pudding with vanilla ice-cream (£7.00).  This was a fine example, sticky and caramelly, served in cute individual portions.  This was paired with Nino Franco’s Primo Franco Valdobbiadene Prosecco Superiore DOCG 2012, one of only two Nino Franco wines (the other is Grave di Stecca) to bear current owner Primo Franco’s name.  It is a more classic Prosecco with a delicate nose of flowers and white dessert peaches and similar notes on the palate with an appealing note of sweetness, but still with a well-balanced finish and a fine mousse.    Sadly, I had to leave shortly after this, meaning I had to miss the Uccellone Grappa that was served later! 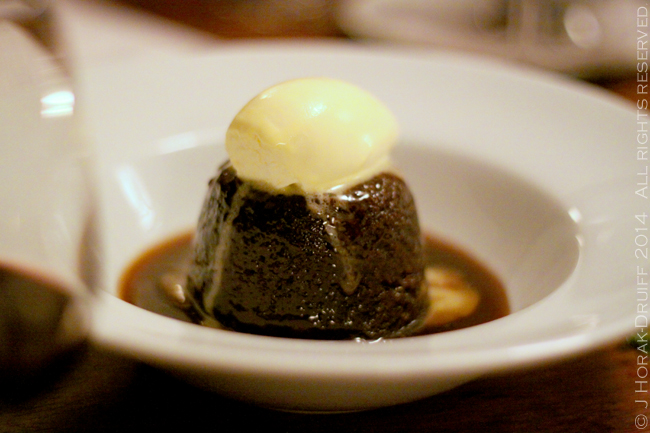 It was a great evening for exploring Italian wines – people often seem to think they know what Italy is all about because they’ve had some cheap prosecco in their Bellinis and enjoyed a bottle of Chianti with their pizza.  Wrong.  The wines we tasted demonstrated that there is far more going on in Italy than most consumers might imagine – and in particular, the Prosecci being produced by Nino Franco would surprise many and would definitely throw a delicious curve ball in any sparking wine tasting. The food, I think, suffered from being served en masse – everything was nice but nothing ended up standing out (with the possible exception of the sticky toffee pudding) – and for the above average prices, you might expect a standout or two.  So I’m going to say that the jury is still out on this one and that I think the restaurant deserves another visit, this time as an individual and not as part of a set menu group.

DISCLOSURE:  I enjoyed this meal as a guest of Nino Franco but received no further remuneration to write this post and all opinions are my own.