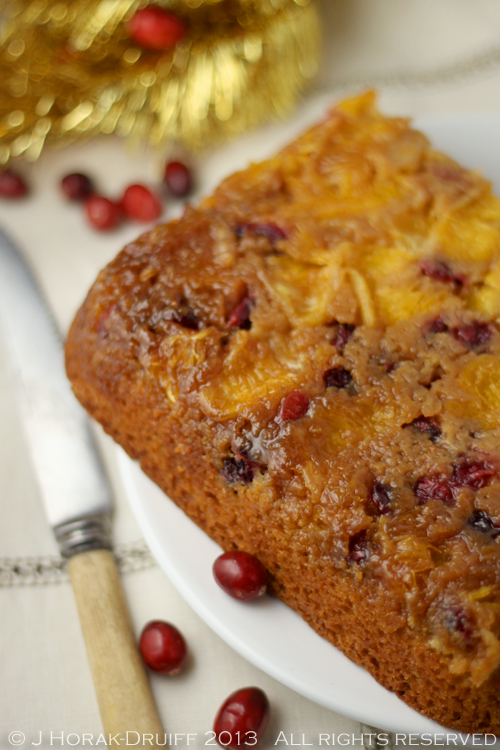 Regard the humble cranberry.

Just like that plain Jane in your university history course who seemed to have nothing of any interest to share with the world, but who was actually a pole dancing rock climber in her spare time, the cranberry hides a multitude of facts and trivia beneath its rosy skin.  How many of these were you aware of? 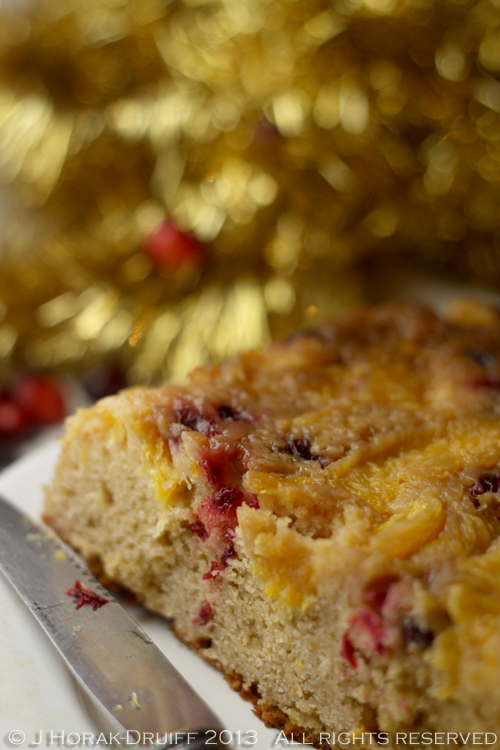 Growing up in the Southern hemisphere, my childhood memories of Christmas are always summer memories.  I associate fruits like cantaloupe melons and sweet Hanepoot grapes with Christmas lunch, but since moving to London, I have tried to explore more of the seasonal fruits of the northern hemisphere.  Cranberries were something I’d only ever seen in dried form – or as an ingredient in Ocean Spray juice.  Clementines were unknown to me as a child – I assumed all easy peeling citrus fruits were naartjies, a South African tangerine that I grew up with.  But I soon learnt that clementines are similar easy peeling citrus fruits that have a very short seasonm culminating around Christmas, and they are hugely popular in the UK for Christmas gifts and snacking.  So when i recently had the desire to bake a Christmassy cake (and not being a fan of traditional Christmas cake!), the idea of combining clementines and cranberries seemed immensely appealing.  This recipe is a very slightly modified version of this recipe from Taste of Home  although I substituted clementines for the oranges and added orange essence to the batter. It’s a super simple cake to make (removing it from the cake tin is quite literally the hardest part!) and incredibly impressive to serve, either hot or cold.  If you are in the mood for somethng other than a traditional Christmas pudding this year, I can’t recommend this highly enough.

MERRY CHRISTMAS TO ALL MY COOKSISTER READERS! 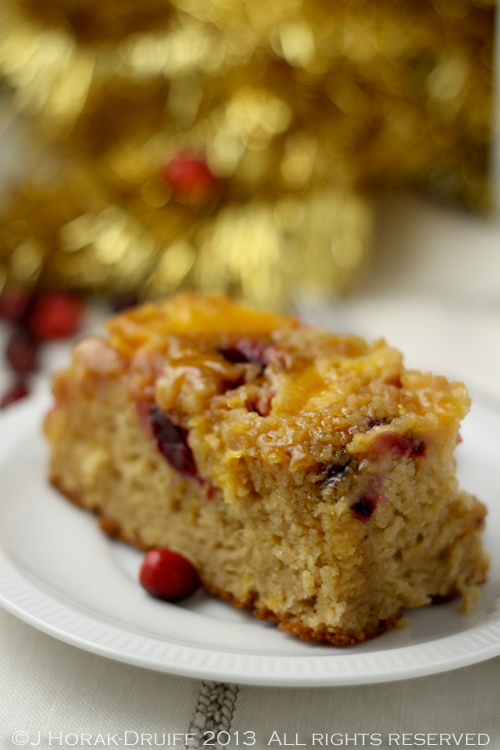