You are here: Home / Recipes / Dairy-free / Skrei cod with a miso glaze – and how to buy sustainable cod 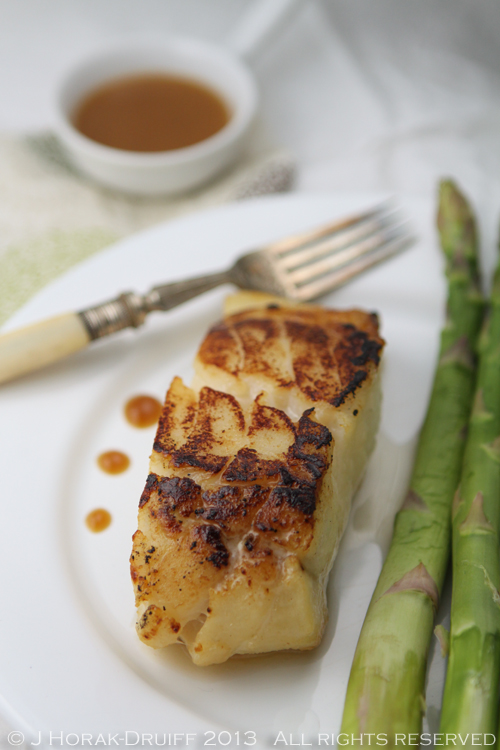 “So you’re a food blogger then?  Ok, so what’s your signature dish?”  It’s a question I dread, and one that I do not have an answer to.  It is part of the (totally erroneous) assumption that food bloggers cook only lark’s tongues lightly sautéed in truffle butter and garnished with pure gold leaf. People read my blog and then ask me “but do you ever cook normal food?”, as if an oven chip or a ready-meal has never darkened my door (hint:  they have!). And part of that is assuming that if I cook, I must somehow have a signature dish as surely as I have a written signature.

Ah, the signature dish.  A recipe that is so distinctive and uniquely associated with a single chef or restaurant that any gastronome worth their salt would be able to identify the chef or restaurant from a blind tasting of the dish. Think, for example, of Sachertorte by the Hotel Sacher; meat fruit (Heston Blumenthal’s fruit-shaped chicken liver paté creation); Spuntino’s truffled egg toast; or Fergus Henderson’s roasted bone marrow salad.  These are the dishes for which these chefs or restaurants will be remembered, for better or worse, and the dishes that you will have heard of even if you’ve never set foot in their restaurant or city. I suspect that some chefs end up in a love-hate relationship with their signature dish, much like a pop star who ends up loathing their first hit single that crowds still beg for, despite years of more accomplished or serious music that followed. Michel Roux famously removed his signature soufflé Suissesse from the Le Gavroche menu, only to be forced by customer demand to put it back. 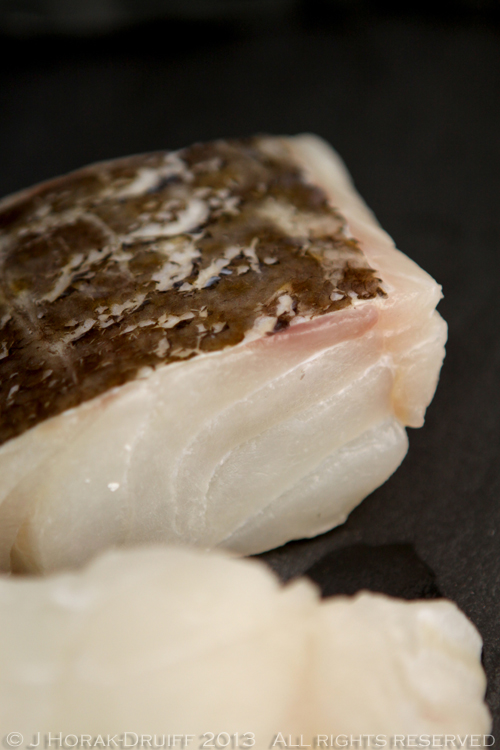 One of the more recognisable signature dishes of recent years has to be Nobu’s black cod miso.  Like many signature dishes, it is deceptively simple: a miso-based dressing; a grill;  then a roast and you’re done.  But having tried the dish in at least two of Nobu’s outposts around the world, I can vouch for the fact that the end result is nothing short of sublime, and a very fitting dish to be named as Nobu’s signature dish – apart from the teensy issue of sustainability.  Nobu has famously received publicity of the wrong kind over its continued serving of endangered bluefin tuna; and nowadays even cod is a fish that should not be lightly ordered by those wishing to eat sustainably. In 2000, cod stocks in the North Sea were found to be so low that the WWF placed cod on its endangered species list, citing the example of the Canadian Grand Banks cod stocks that went into terminal decline in the early 1990s and has never fully recovered.

So what can environmentally conscious diners do now that Britain’s favourite white fish is in danger of disappearing off the menu forever? The bad news is that there is no Marine Stewardship Council-approved cod available caught in British waters.  The good news is that cod caught in the waters of Norway, Iceland and the Baltic Sea are MSC certified as sustainable; and here’s why, courtesy of a nifty infographic on buying sustainable cod created by Great British Chefs. (Scroll to the bottom of the infographic for my cod miso recipe.)

As it turns out, the black cod that Nobu uses in their signature dish is not a true cod at all, but rather sablefish or butterfish – and thankfully it is not regarded as endangered.  But as mentioned in my previous post on blackened Cajun cod with a creamy avocado dressing, I was recently sent some sustainable Norwegian Skrei cod to try and decided to try Nobu’s signature dish with real cod.  Skrei is a special grading of migratory cod species, only available between January and April, once their migration has made the cod’s  flesh exceptionally firm, white and supple.  It is a beautiful fish with a glistening, speckled skin and thick, juicy flakes of translucent flesh, separated by distinct layers of fat.   The recipe was super-simple, but probably did not benefit from my lack of grill, lack of wood-burning oven to impart smoky flavours, and Skrei’s texture that flakes extra-easily – it was a battle to get the fish blackened without having the flakes gently slide apart! But all that aside, this was a plate of simple heaven.  The fish has an unctuous texture that I have likened to a pescatarian version of Wagyu beef; and the sweet, umami-rich glaze adds zing to the rich, creamy flesh without dominating.  Served with steamed asparagus, it’s the kind of signature dish anybody would be proud of. Do you have a signature dish and if so, what is it? 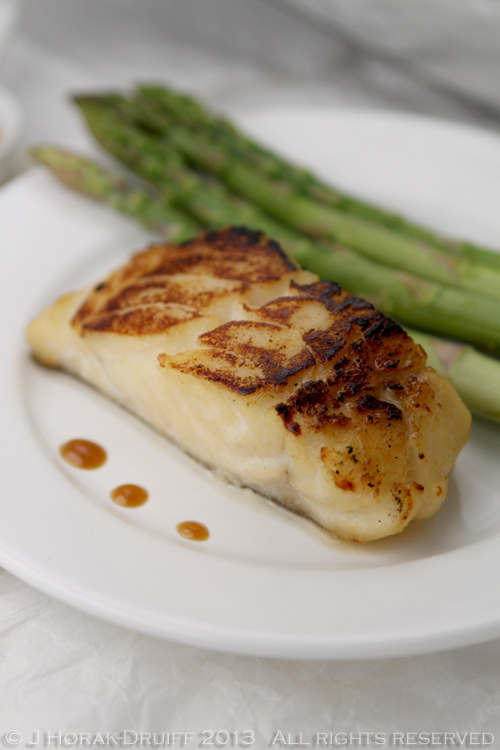 Skrei cod with a miso glaze

DISCLOSURE:  I received free samples of Skrei for review purposes from the Norwegian Seafood Council, but I received no further remuneration for writing this post and all opinions are my own.