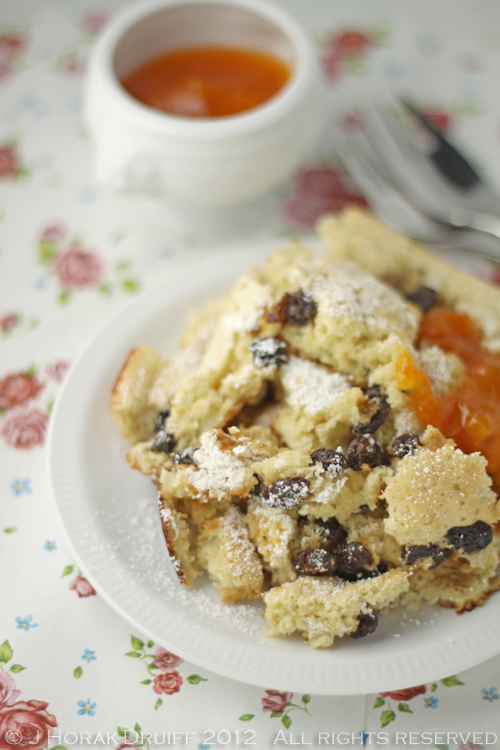 When I was a teenager, I once found myself on a plane with my mom, flying somewhere. I can no longer recall where we were going, but I do recall my mom idly leafing through the in-flight magazine and suddenly (to my intense embarrassment) guffawing out loud at something that she had read.  Surely nothing could be that funny? She later handed the magazine to me and I proceeded to discover one of the funniest pieces I had ever read before or since, and one that rapidly entered our family’s lexicon as a byword for bad menu English.  You can read the full piece here (and I encourage you to do so), but the basic premise is an English tourist in foreign climes (the piece says Bangkok, but the mangled pronounciation suggests a Spanish country to me). In any event, the man calls room service and what ensues is a hilarious phonetic rendition of heavily accented English as spoken by hotel employees around the world. Highlights that my mom and I kept repeating over the years like some secret language were “Toes! Toes! Why jew Don Juan toes?“, “crease baycome” and “mopping we bother“.  So began one of our family’s most enduring sets of in-jokes and the start of my lifelong love affair with mangled menu translations.

Because English is so pervasive, every man and his dog think that they can translate their native tongie into perfectly understandable English – but as hundreds of hilariously garbled street signs, shop signs and menus around the world prove, this is simply not the case. Here’s a fine selection from hilariously mistranslated menus from around the web: Given this long tradition of badly translated menu items, when I saw the above menu item of “Emperor’s nonsense with apple mush” at the Munich Oktoberfest a couple of years ago. I simply assumed that it was another incorrect translation.  But I was wrong – the German name kaiserschmarr’n literally does translate as emperor’s nonsense!  Wikipedia tells us that the dish was first prepared for the Austrian Emperor Franz Josef I.  The (probably apocryphal) story goes that the emperor’s wife, Elisabeth of Bavaria, was obsessed with maintaining a minimal waistline and directed the royal chef to prepare only light desserts for her.  When the chef first presented her with these shredded pancakes, she found the dish too rich and refused to eat it. The exasperated Emperor said: “Now let me see what Schmarr’n our chef has cooked up” – but apparently the dish met his approval as he finished his own and also his wife’s serving. And from then on the dish was said to be called Kaiserschmarr’n across the empire. Today it remains popular throughout Austria and Bavaria, and a version is also served in Czech Republic.

The story may be a bit of fun, but let me assure you that nothing nonsensical about these delicious sweet shredded pancakes! 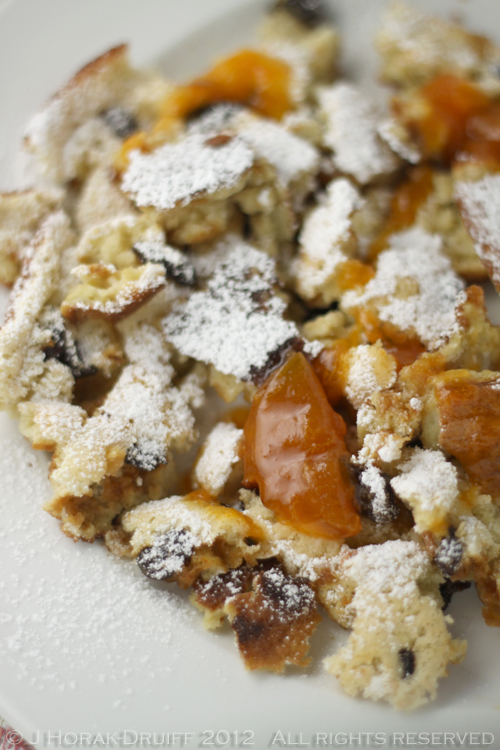