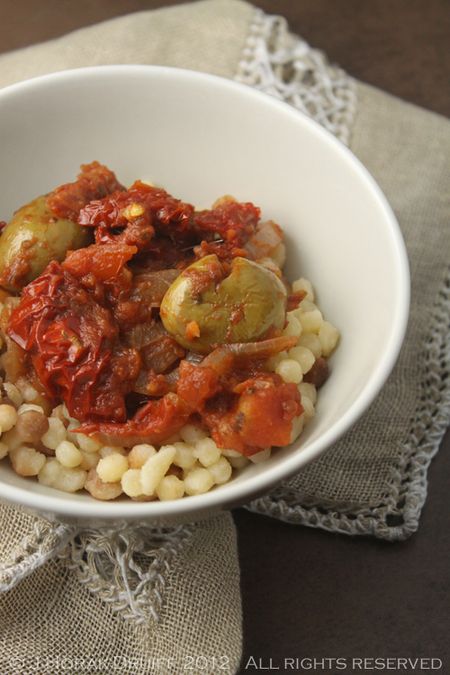 Stuff.  Why are we so addicted to it – acquiring it, having it, keeping it?  On my recent trip to Cape Town I visited a good friend at his house in Cape Town. It was the most calm, serene and lovely space I have been in for a very long time, all muted colour and clean lines.  I felt at peace.  I daydreamed wistfully that I would return to London and recreate this sort of space in our home… and then about a millisecond later the phrase slipped out of my mouth: “But what about all our STUFF?”.  You see, I have been a collector of stuff all my life.  It started with rocks, crystals and minerals; moved through Hello Kitty merchandise, writing paper and fancy erasers; continued through pop paraphernalia from Duran Duran, Wham! and (of course) A-ha; extended into vinyl records; and now extends to the occasional silver inkwell, props for food photos, and exotic foodstuffs. And both Nick and I have an obsession with art and posters, so our collection far exceeds the available wall space.  Oh, and we have a weakness for oriental rugs. Just…stuff, you know??

But on another day during our holiday, I also spent time at my late parents’ house.  All the things in the house were the things that I grew up surrounded by – from the furniture to the art to the crockery (Arabia Ruska, no less!).  And I guess because I was surrounded by them every day, I did not really see them while I lived there.  It’s only now that I no longer live there and that my parents are both gone that it is dawning on me just how much STUFF they had, and how much that stuff had come to define who they were.  My father was probably worse than my mother – he refused to throw out anything.  After his death, I discovered every suitcase my family had ever owned stashed away in various cupboards, down to the ones they took to Thailand and Iran when I was a baby, covered in beautiful tags and stickers from airlines, hotels and cruise ships from another age. It was kind of like discovering a carbon dating system for our family holidays. My father’s cupboards were full of vintage silk cravats collected on many trips abroad – and yet I am struggling to remember when last I actually saw him wearing one.  But when we suggested that they might want to downsize, one of the arguments was always “but what will we do with all our stuff?”.

So to accommodate the stuff and maintain their image of themselves, they kept the house when it really was no longer a practical or safe choice for them.  My father had to build ramps and winches to get my mother up the numerous small steps in the house when she was confined to a wheelchair; and the broken hip that eventually led to his own death was the result of a fall down one of these many steps as he ran for the telephone. I often wonder whether, in the end, he ever saw clearly that his self-appointed role as curator of his stuff led him to his final hospital stay? I somehow doubt it.  But I am pretty sure that he did not at the final moment cry out: “If only I’d acquired more stuff in my life!”. I doubt anybody ever does. And so I came back from our holiday with a renewed sense of the futility of stuff, and a fervent gleam in my eye as I talked about using up the exotic ingredients we have hiding in cupboards in our kitchen!  One of the things that the lovely Virginia from The Good Fork sent me to try earlier this year was a packet of fregola Sarda (currently available in their Italian Islands box) and it was this that my eye alighted on earlier this week, as the reality of the non-arrival of Spring had set in and I felt in need of a bowl of comfort food. Fregola (or fregula) is a traditional Sardinian pasta, presumably of Moorish origins, made from hard durum wheat, and resembles giant Israeli cous cous. The pasta dough is rolled into tiny, nearly-round balls and toasted lightly, giving it a golden colour and a nutty flavour.  It also has a slightly rough texture, like a cat’s tongue, which means that creamy sauces will stick to it really well.   It’s a versatile ingredient that can be used in any recipe where you would use small pasta, as well as in recipes calling for cous-cous. It’s great when cooked like a risotto, or cold in a salad – or even just as a side dish for grilled meat or fish. I had originally planned to prepare the fregola in a traditional Sardinian dish, topped with steamed clams in a tomato-based sauce; but alas, no clams were to be found when I went shopping.  So instead I went for puttanesca-inspired sauce that would be warming and hearty to go with the chilly weather we are having here in London.  The recipe is super-simple to make and as the ingredients are all pretty strongly-flavoured it needs very little seasoning or tweaking. The fregola really is nutty and delicious and I am thrilled that I still have half a packet left so that I can make it into a salad when the weather warms up – I am thinking the nuttiness will work well with mushrooms.  Don’t be alarmed if you do not like anchovies – the anchovies literally “melt” into the sauce, leaving only their umami-rich flavour behind.

DISCLOSURE: The Fregola Sarda used in this recipe was a free sample sent to me by The Good Fork. Slowly bring the water to boil in a large pot.  Once it is boiling rapidly, add the pasta and salt – turn up the heat if necessary to achieve a nice rolling boil.  Cook for about 15 minutes or until al dente.

In the meantime, heat the olive oil in a large pan. Add the chilli flakes, onions and garlic and sautee over low heat, adding a little water whenever the pan dries out.  Cook for 10-15 mins until the onions are very soft, then add the drained anchovies and stir until they “melt” into the onions and garlic.  Add the chopped tomatoes, sun-dried tomatoes and olives and heat through.

When the pasta is cooked, drain in a colander and spoon into bowls.  Divide the pasta and the sauce equally between the bowls and serve with a robust Italian red wine and a green salad.

The sauce would also make a great topping for crostini, if you have any left.