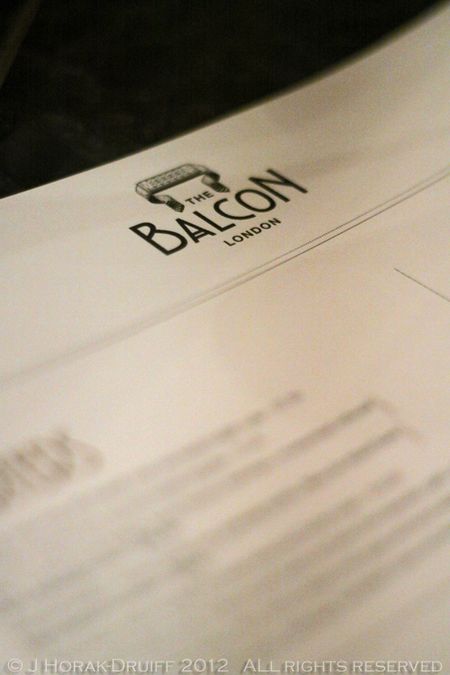 For somebody who has never classed herself as a rampant eater of steak, preferring fish or chicken while hubby chows down on the rump and sirloin, I’ve certainly been falling off the wagon lately.  First there was my perfect sirloin with Tasmanian pepper sauce; then there was the blue cheese & pecan risotto topped with a steak; and I haven’t even shared with you the fabulous venison steaks with shiitake mushrooms that I made the other night.  And then there was an invitation to dinner from Donald Russell, purveyors of fine hunks of Scottish beef (and other meats) and butchers to the queen.  No way you can turn down that invitation, now is there?

Donald Russell takes its name from its co-founders Scottish farmer William Donald and master butcher John Stone’s company Russell Meats.  Donald Russell opened its business supplying gourmet meats to trade customers and high-end restaurants and hotels in 1974. Owing to the crisis into which BSE plunged the beef industry, and a rapidly changing market, the company launched Donald Russell Direct and the company has established itslef as the first name for delivering premium meats by mail order.  They received their Royal Warrant to supply meat and poultry to HM the Queen 25 years ago and still proudly hold this status. The company sources its grass-fed beef only in the UK and only the best producers qualify to supply Donald Russell.  The welfare of the animals is paramount and this yields the most tender and flavoursome meat.  Once selected by the company’s experienced buyers and butchered, the meat is then hung on the bone at their premises in Inverurie to allow the rich flavours to develop and for tenderness to develop.  Other than premium beef, they also supply lamb, veal, poultry and a small range of prepared meals and desserts via their website, as well as handy guides on how best to prepare their meats. I was lucky enough to sit next to the lovely Liz Webb (the company’s marketing executive) and she told me that the company supplies a number of London restaurants, although often a restaurant will only take one particular cut – for example, they supply Relais de Venise with all their steaks.  And the reason we were invited to The Balcon was because Donald Russell supply them with their rib of beef!

The Balcon (now Wild Honey) is located in the Sofitel St James in a gracious, high-ceilinged room full of retro crystal chandeliers, opulent drapery, and a nifty wooden balcony reached via two spiral staircases where the fine Champagne fridges reside. The menu is an entente cordiale between French and English dishes, with heavy emphasis on carefully selected English produce – Cornish brill, Devon mussels and an extraordinary selection of charcuterie from Wales. While ogling the menu we feasted on their excellent bread (mini-baguettes and warm olive rolls) served with wrapped Charentais butter and a little mound of glorious herbed butter, and admiring the covetable spiral bread baskets. We started with platters of the Trealy farm charcuterie from Monmouthshire, Wales (£16.50 per sharing platter). These were arranged in order of intensity of flavour and comprised a game salami; Monmouthshire air-dried ham; beech-smoked rump ham; air-dried lomo (pork loin); and air-dried Welsh lamb leg.  I loved the game salami which had a good depth of flavour, but it was the lomo and the fantastic air-dried lamb that blew my socks off – such intensity and such a distillation of the real flavour of the meat!  To accompany this, we had excellent but superfluous chutney/pickle, and a bowl of pickled vegetables, similar to what I’ve had served with charcuterie in northern Italy.  To wash down our meal, Liz selected a bottle of Camino Romano from the Ribera del Duero region in northern Spain (100% Tempranillo) which was sufficiently full-bodied to balance all the meat we would be consuming! There was no real decision to be made as regards our main course – this was not the time to be ordering a Caesar Salad!  Of course, the entire table opted to have the Scottish rib of beef with Béarnaise sauce and homemade chips (£49.00 for 2 people).  When the impressively large cooked ribs arrived, we were lucky enough to have them carved and served for us by the executive chef, Vincent Menager who previously worked at Brasserie Roux and before that with Frederic Anton and Alain Ducasse in France.  The meat was sliced and served with home-made Bearnaise sauce and excellent fresh potato chips served in mini-fryer baskets.  If the management could have heard the degree of covetousness going on at our table (the bread baskets, the gorgeous carving set, the mini-fryers) they would have frisked us on the way out! Anyhoo – back to the meat.  Rib of beef is by far one of my favourite cuts, lacking the tenderness of fillet but making up for it in spades with its’ butch flavours.  Each rib chop was nearly 2 inches thick and thus beautifully red and tender on the inside while being seared and sealed on the outside – a pretty good approximation of perfection, preserving and showcasing the flavours of the meat. The Bearnaise was wonderful with plenty of tarragon flavour and a perfect consistency, neither claggy nor runny – and the fresh, crispy chips made the perfect vehicles for ferrying the Bearnaise to our mouths! Nobody could in all honesty say they were still hungry after all that, but in the interests of reasearch, we felt it was our civic duty (!) to try out the dessert menu.  I opted for an individual plum tarte tatin with clotted cream ice-cream which was delicious – tart plums offset by sweet caramel and one decadent scoop of ice-cream.  My companions tried the   ‘cheese-cake’ filled bugnes (beignets) served with berry coulis (surprisingly light, and filled with a moreish cream-cheesey filling); the dark chocolate soufflé with pistachio ice cream (fluffy and deeply cocoa-y soufflé; good ice-cream full of pistachio flavour and not a hint of almond essence -hurrah!); and what I recall to be an almond ‘financier’ with green apple sorbet and berry coulis (lovely contrast between the sweet, almondy financier and the tart sorbet).  Desserts were a hit all round. I was also impressed with the wine list which features a large selection of wines by the glass or 500ml carafe, and a surprising selection of Champagnes and sparking wines by the glass.  After dinner, we learnt that the balcony that gives the restaurant its name is in fact the home of a number of large Champagne fridges where their collection is stored.  We were given a brief tour by the sommelier who showed us the fridges explained that they have a range to suit every budget ,from vintages going back to the 60s to reasonably-priced non-Champagne bubblies, and even some English sparkling wines. Overall I was surprisingly taken by The Balcon.  When you are invited to a hotel restaurant, expectations are never high, but I think The Balcon is a good example of what hotel restaurants could aspire to.  The space itself is lovely, the staff were all very knowledgeable and friendly, and the menu stays resolutely Anglo-Brit rather than Generic International.  The Balcon offers all-day dining from 06h30 (07h00 on weekends) until 23h00 (22h00 on Sundays) and on a previous occasion when I visited, I have also had the pleasure of enjoying their excellent value Marché Menu (2 courses for £15; 3 courses for £20).  It’s a wonderful option for pre- or post-theatre dining and is literally a block or 2 away from theatreland. To have a look at Donald Russell’s range of products available by mail order, do visit their website. Thanks once again to both Donald Russell and The Balcon for a lovely evening!  For another perspective on our evening, you can also read my darling friend Rosana’s review.

DISCLOSURE:  I enjoyed this meal as a guest of Donald Russell but received no further remuneration.  I was not expected to write a positive review and I retained full editorial control.