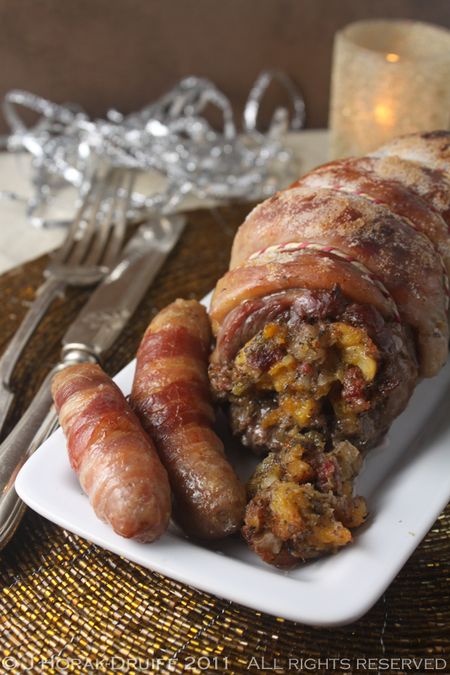 There is a lovely expression, born in America, namely “to talk turkey”.  When I mentioned this to my 9-year old nephew, he was in hysterics, imagining grown-ups strutting around with their proverbial feathers ruffled, clucking and gobbling self-importantly (which is probably about accurate in describing how 9-year olds view MOST adult conversation!)  Of course, the expression actually has nothing to do with making bird-noises:  when you talk turkey you talk frankly and simply; dispense with preliminary chitchat; and get straight to the point. It is usually used to indicate that you intend to strike a deal or make a decision of some sort there and then.

One story about the origin of this expression – which was first recorded in the early 1800s but probably goes back much further – has to do with early colonists who bartered to obtain food supplies of wild turkeys from native American tribes. Supposedly, colonists approached the tribes for turkeys so frequently that whenever they met a colonist, the native Americans would ask: “You come to talk turkey?” At this time of year, talking turkey is far more likely to centre on how to select and cook yours for Christmas.  I didn’t really grow up with turkey, so I have never quite understood the attraction.  But in the UK it seems I am the exception, not the rule.  Turkeys are believed to have first been brought to Britain in 1526 by Yorkshireman William Strickland who acquired six birds from American Indian traders on his travels and sold them for tuppence each in Bristol.  King Edward VII made eating turkey fashionable at Christmas and the fashion persists:  10 million units of turkey were sold last Christmas 2 and for 87% of people in the UK, Christmas wouldn’t be Christmas without a traditional roast turkey.  But with cooking a turkey comes turkey anxiety. Will I buy a bird that is too big for my oven? If I buy a smaller bird, will it feed enough people? Stuffing inside or outside?  How do I know it is defrosted?  What if it isn’t cooked by the time I need to serve it?  Apparently the most common enquiries received by the British Turkey Information Service at Christmas are requests for thawing and roasting times.

The more bizarre enquiries usually come from confused callers wanting information about Istanbul, kebabs and carpets – but that’s a whole other story…! But do not fear, meleagrisphobics: help is at hand!  I have written about Piper’s Farm previously when they sent me some rather excellent gammon steaks to try – so, knowing the quality of their products, when they asked if I was interested in trying some of their Christmas range I immediately said yes.  What they sent me was their rather brilliant Simplest Sensational Turkey pack.  But before we get to that, let me tell you about their turkeys in general.  Piper’s Farm raise all their own Bronze turkeys and allow them to reach maturity slowly and naturally.  They are fed an a natural additive and chemical free diet of cereal, grass and cider apples before being slaughtered and hand plucked on the farm.  The meat is also hung for 2 weeks to develop flavour and texture.  Of course you can buy them whole… but for those who lack the time or inclination to roast a whole turkey (or those who do not want to be eating leftover turkey sandwiches till Easter!), the boned, rolled and stuffed Simplest Sensational Turkey is the answer. The box that arrived for me on Friday was dauntingly huge, prompting fears that I would never be able tos truggle home on ther Tube with it.  But once I got it open, it became apparent that most of the box was filled with a blizzard of shredded paper.  Right in the centre was my turkey pack, neatly wrapped in ice packs and still completely frozen despite being out of the freezer for well over 6 hours.  All the bits are handily sealed in one sturdy plastic bag and the instruction card is in a separate plastic compartment – so no soggy instructions as things defrost!  The pack for 6 people consists of a deboned roll of light meat and one of dark meat, both stuffed with excellent apricot and hazelnut stuffing; 12 free-range pork chiploatas wrapped in bacon; and a tub of turkey stock.  All you have to do is defrost the whole lot and then build three foil boats to keep the roasts separate in your roasting tin (the hardest part of the process!).  Then you pop them in the oven for an hour, giving you time to roast some vegetables or get dessert ready.  When the meat is done, you set it aside to rest for 15 mins while you pour off the cooking juices into a small pot, add the turkey stock, and simmer for 15 mins till it thickens.  And then you carve and serve.  It seriously is that simple! Taste-wise, I could not have been more impressed.  The white meat was the tastiest and most succulent turkey meat I have ever had, and the stuffing full of the crunch of hazelnuts was outstanding.  The gravy had real depth of flavour and the chipolatas were quite addictive.  As I said, our pack was to feed 6 people and worked out to £6.50 per portion – so about £40 in total: not cheap, but excellent quality and amazingly convenient.  There are also larger packs available for 8, 10, 12 and 14 people. My only comment would be that for 6 truly hungry people, the portions might be a little on the small side and there would definitely be no seconds, so maybe buy a pack one size up from what you need (so an 8-person pack to feed 6). If you are having a small and intimate Christmas dinner this year and want the taste of turkey without masses of leftovers; if you are pushed for time; or if you simply can’t face the hassle of cooking a whole bird, these turkey packs are the answer. Contact Piper’s Farm to place your order.

DISCLOSURE:  I received my Simplest Sensational Turkey pack as a free sample from Piper’s Farm but received no other remuneration to write this post and all opinions are my own.