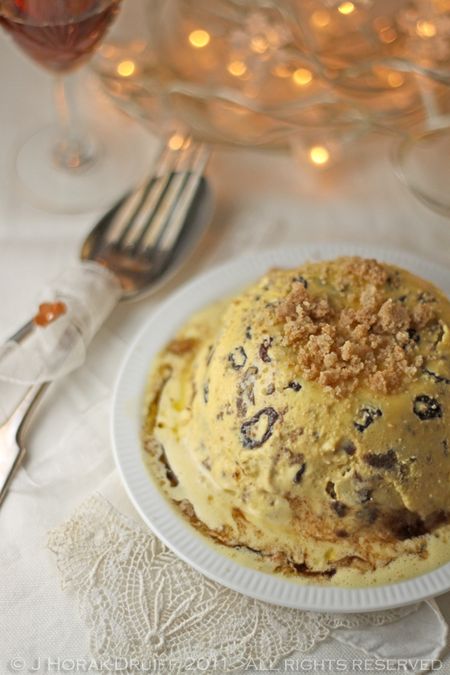 One of the things people often ask me at this time of year is what some proper South African Christmas traditions are. It’s at times like this when I am faced with the sudden urge to make up something totally outlandish, along the lines of “first, you have to feed the giraffes their customary mince pies, otherwise they get upset and eat the Christmas tree”.  Because, you see, sub-Saharan Africa did not really know the concept of Christmas until European colonists brought Christianity to Africa.  So there is no such thing as “indigenous” Christmas traditions, only slight variations of European Christmas traditions, adhered to in the heat of an African summer rather than in the depths of a European winter.  But I always find this makes for somewhat of a disappointing story – hence the giraffe gambit 😉

As a child, I simply accepted all the traditions, decorations and food of Christmas as being normal.  I loved the synthetic white Christmas tree that my mom put up every year, not because it symbolised a snowy tree, but because I thought the white showed off the colours of the sparkly Christmas baubles better than dark green.  I used to feel sorry for the shopping centre Santas melting in their long-sleeved red suits but never questioned the wisdom or appropriateness of their attire. The fact is that, despite large swathes of the country experiencing Christmas temperatures anywhere between 20C and 30C, we simply maintain the traditions of our northern-hemisphere forefathers who fondly remembered snowy Christmases around the fir trees and so promptly set about propagating this notion of Christmas in Africa too.  Hence when you visit South Africa at Christmas, you will find sweltering Santas, “frosted” windows in shops, snowflake motifs everywhere, and roast turkeys on the Christmas table – and it never struck me how bizarrely out of place these concepts are in Africa until I actually left and gazed back with the perspective of a little distance. But even as a child, the one thing that did puzzle me was why my friends’ mothers made a turkey for Christmas that required the oven to be on for most of Christmas day, converting the house into a seasonal sauna; and then just as the family would be thinking longing thoughts of jumping into the swimming pool to cool off, they would triumphantly bring a big, hot, roast turkey dinner to the table.  In respect of the menu, at least, you would imagine that families who had lived in Africa for generations might have adapted a little.  But no.  Each year my schoolmates looked aghast when I said that we were eating a cold lunch for Christmas.  My ever-practical mother, who did not have particularly happy childhood memories of Christmas dinners to recreate, decided well before I was born that our Christmas lunch would be cold roast gammon – a tradition that continued until her death in 2003.  So you could say I have grown up without the idea that a Christmas meal needs to include roast meat, sprouts and heavy Christmas pudding. In fact, Christmas pudding was an infrequent visitor to our house which pleased me as I did not much care for its heavy, candied peel, wintry flavours.  So when the Sunrise Bakery contacted me recently to offer me a sample of their Paradise Estates Caribbean rum cake, which they said could be used as an alternative to Christmas pudding, I was not immediately enthusiastic.  It seems rum cakes of all flavours are popular in the Caribbean – search the internet and you will see a number of these rum-soaked delacacies come up, flavoured with everything from chocolate to coconut to coffee to key lime to, erm, plain rum! It also seems that one of the many legacies of English colonial rule is a rum fruit cake based on the ingredients of a tradidional Christmas pudding, but flavoured liberally with rum, and this is the sample which I received. The first thing I noted with relief was the absence of candied peel (hurrah!), and then I noticed the texture.  Moist is an understatement: the cake is positively gooey and promisingly heavy for its size. And of course then there is the taste: rumtastic sultanas in a dense, spicy matrix of moist cake.  One slice and I was a believer! If you missed stir-up Sunday and have no backup plans for Christmas cakes or puddings, hurry over to the Paradise Estates website today and order yourself a couple – they are currently running a 30% discount promotion so cakes cost £6.99 each for 300g (or £5.99 for a plain rum cake).  You can thank me later 😉 Meanwhile back at the ranch, being married to the man with the Least Sweet Tooth In England, I feared that we would not finish our rum cake before it started drying out, so I set about devising ideas to use up the last bits.  And naturally, my thoughts turned to the cold Christmas pudding ideas that me mom and I were always dreaming up (one year we actually did  baked Alaska – but that’s a whole other story!).  The result of my brainstorming was this semifreddo flecked with chunks of rum fruit cake, drizzled with boozy brandy sauce, and topped with festive cinnamon streusel for crunch.  It seriously could not be easier, and it is as wonderful a way to use up any Christmas cake or Christmas pudding leftovers as you are likely to find anywhere.  In fact, if you are celebrating Christmas in the summer, don’t wait for leftovers – make this today in preparation for your Christmas lunch/dinner!  You can do as I did and freeze the semifreddo in a round bowl to make a bombe; or freeze in little individual ramekins so everybody gets their own portion.  The extra sultanas are optional, but I had some in my fridge and think they made a great addition – you could also substitute soaked dried cherries or cranberries. The end result was nothing short of spectacular – cool ice cream, warm brandy sauce, crunchy streusel all infused with the flavours of Christmas. What more could you want? FOR THE BRANDY SAUCE

FOR THE STREUSEL TOPPING

The day before serving, remove the ice-cream from the freezer until it is soft enough to mix with a wooden spoon.  Transfer to a mixing bowl and crumble the cake/pudding into the thawed ice-cream.  Add the sultanas (if using) and mix well.  Spoon the mixture into one large or several small freezer-proof containers, cover with clingfilm and freeze overnight.

For the streusel, pre-heat the oven to 180C. Combine flour, granulated sugar and salt in a large bowl.  Add the butter, 1 tbsp at a time, and cut the butter into the flour mixture with a fork or pastry cutter (or rub in with your fingertips) until the mixture resembles fine breadcrumbs.  Add the ground cinnamon and mix well. Spread the crumbs evenly on a baking sheet and bake at 180C for about 20 minutes or until golden brown, stirring them at least once to prevent uneven cooking.  Allow to cool completely, break up larger chunks and store in an airtight container until needed.

For the syrup, boil the sugar, water, butter and vanilla essence together for about 10 minutes.  Add the brandy and cinnamon and mix well.

About 30 mins before serving, remove the semifreddo from the freezer.  To unmould, fill a sink or bowl with hot water, dip the frozen bowls in, then remove the clingfilm, up-end on a plate and wiggle the bowl until the ice-cream unmoulds. Drizzle with sauce, sprinkle with streusel and serve immediately.