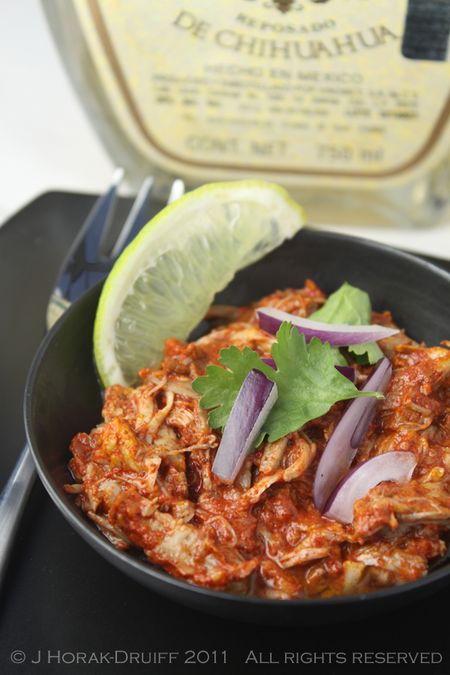 It’s funny how some places turn out to be just like you imagine them to be.  My first glimpse of London from the Piccadilly Line windows was the row up on row of West London terraced houses and accorderd pretty much with my visions of London.  You get to Paris and people really do wake up in the morning, go to the boulangerie and stroll home with a huge baguette sticking out of their shopping bag or bicycle basket.  And in Amsterdam the bicycles truly do outnumber the cars; and the scantily clad ladies really do stand in their windows. And then there are the places that you think you can imagine pretty accurately – and then they turn out to be so very different.

When our friends told us in 2005 that they were getting married in the bride’s hometown of Chihuahua, Mexico, we needed no persuasion to book our plane tickets.  Mexico?  Of course we knew what to expect – doesn’t everybody?  Blokes wearing sombrero hats snoozing under cactuses.  Tequila bottles with worms in them.  Mariachi bands.  Food so packed with chillies that your eyes water at the mere thought of it.  Tap water that will kill you. Erm, wrong, mostly.  For a start, the headgear of choice in Chihuahua was most definitely the white stetson hat rather than the sombrero.  Those classic comic book cactuses were plentiful in Arizona, but not so much in evidence across the border in Mexico.  The drink with the worm in it is mezcal, not tequila, and the locals roll their eyes at the gringos who think that eating the worm is a good idea/hardcore. (The entire idea of the worm is in any event a marketing gimmick from the 1940s, not some ancient Mexican tradition.) And although there was an area of the supermarket about as large as the entire fruit and veg section of my local Tesco dedicated only to different dried chillies, most of the food was not at all what I would consider hot – just an incredibly complexity of flavours and a zing that only fresh ingredients can give. And yes, I drank the tap water and suffered no ill effects.  Pretty much the only part of my preconceived ideas that was proved right was the presence of a mariachi band at the wedding and the next day at the afterparty. After arriving with my wildly inaccurate notions, I left Mexico with three overriding memories:  the friendliness of the people and how proud they are of their country; the colours – everything seemed to be saturated to the max, from the sky to the sweets to the endless parade of cowboy boots; and the food.  Oh, the food.  I never fully understood the point of salsas until I tasted the freshly made salsas in Mexico (particularly the salsa verde with tomatillos!).  I had expected mole poblano to be similar to the bastardised chocolate and chilli savoury concoctions that sometimes show up on ambitious menus outside Mexico; instead it had a complex and unexpected taste, rather like a blues song on my fork: deep, soulful, smoky and mysterious.  I was entranced by the idea of a chilli for every occasion, not only for extreme-to-the-max heat; some for a greener taste, some for a more rounded taste; some for a smoky taste, and yes – some to take the roof off your mouth! But mostly I fell in love with two dishes:  tacos al pastor and cochinita pibil.  Tacos al pastor is a little difficult to recreate in your kitchen.  Ideally, you need a rotating spit like you see in kebab shops.  This is used to slow-roast a large piece of pork and a skewered whole pineapple together over an open fire, after which you slice them both thinly and eat them in tortillas with fresh salsa.  Cochinita pibil, on the other hand, is childishly simple to make – provided you can lay your hands on achiote paste. Achiote paste is made from slightly bitter, earthy flavored, red annatto seeds, mixed with other spices such as coriander seed, oregano, cumin, garlic and cloves, and ground into a paste. Achiote is popular in Yucatán and Oaxacan cuisine but is a distinctive mainstay of most Mexican kitchens.  The deep red colour comes from the annatto seeds, a natural colourant (noted on packaging as E160b) that has been used for centuries. In fact, be careful when using it as it stains like crazy – think turmeric but red!  It is also the main flavour in cochinita pibil – so when Cox & Kings (a company specialising in tailor-made holidays to various worldwide destinations, including Mexico) sent me a box of achiote and challenged me to come up with a recipe showcasing it, it was a no-brainer.  Cochinita pibil literally means “buried suckling pig”, a reference to the traditional cooking method where the pork is wrapped in banana leaves and cooked in a buried firepit over several hours.  Obviously, that’s not practical in a suburban London garden (!), so I used a far more achievable recipe from the lovely Elise at Simply Recipes.  Pork shoulder or loin can be used and the secret lies in marinating the meat overnight in acidic citrus juice; and long, slow cooking.  Bitter Seville orange juice would ideally be used for the marinade but as this is hard to obtain, most recipes use a mix of orange and lime juice, which is what I did.

The end result is quite sublime: meat as tender as can be, suffused with the flavour of oranges, limes and the achiote paste.  Don’t expect heat – the flavour is tart and earthy, with no chilli in it at all, but you can add chillies as a condiment if you prefer.  Serve it as a filling for tortillas; or like we did, over brown rice cooked with onions, garlic and Tabasco salt. 1.2kg boneless pork shoulder or loin
1 cup orange juice, freshly squeezed if possible
1/2 cup lime juice
1 tsp salt
85g red achiote paste (available from Mexgrocer.co.uk)
Red onion (for garnish)
Chopped cilantro/coriander leaves (for garnish)
Lime wedges (for garnish)
Method:
Start marinading the meat the day before you plan to serve this.  Chop up the achiote paste into small blocks and mix togther with the salt and orange and lime juice.  You can mix it in a blender, or leave it for a while until the achiote paste dissolves completely – but do not leave the achiote in contact with plastic or wood for too long as it will stain!
Cut the pork into 5cm square chunks.  Trim the gristle and skin (if using shoulder) but it is OK to leave some of the fat as this adds moisture during the long cooking process.  Put the pork in a non-reactive (glass, stainless steel) container, then pour over the marinade mixture. Mix well, cover and keep in the fridge for at least 6 hours and up to 24 hours.
4 hours or so before you want to eat, pre-heat the oven to 160C.  Use aluminium foil to double line a large, lidded casserole, with enough foil at the edges for you to be able to seal the meat in a parcel.  (Traditionally, banana leaves are used – so use them if you can get hold of them but remember – you need a good seal!) Put the pork and the marinade into the foil inside your casserole dish and fold the foil over to make a securely sealed parcel.  Close the lid and bake for at least three hours.

At 3 hours, check the doneness of the meat – remove a chunk of pork and see if you can easily shred it using two forks.  If it is not tender enough, return to the oven for another 30 minutes and try again.  When the meat is done, remove it from the casserole with a slotted spoon and shred with two forks. Pour over enough of the sauce to make the meat moist to your taste.

Garnish with chopped red onion, cilantro/coriander leaves, and lime wedges.  We served ours over brown rice, but you can also use it as a filling for tortilas.