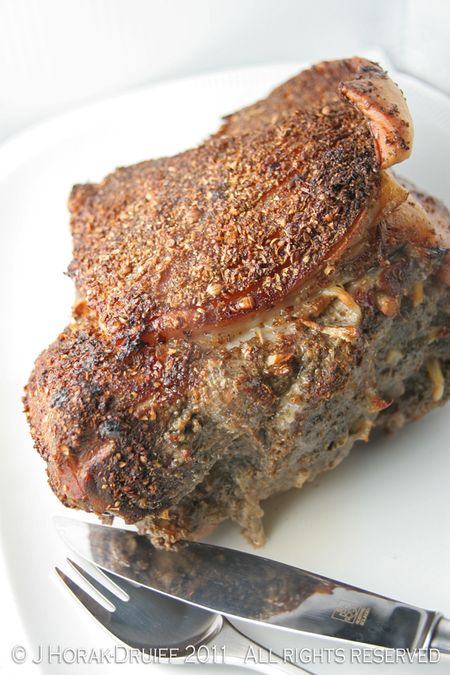 The past two months have been a bit of a rollercoaster for me.  From highs like our beach wedding vow renewal ceremony and speaking at the Food Blogger Indaba, to lows like my father’s hospitalisation and unexpected death and the sad task of packing up my childhood home and parents’ treasured possessions.  But the one theme that has run through all this like a golden thread has been the rich and diverse friendships that I have, and the miracle of their power to sustain, nourish and cheer me through both good and bad times.

Friendship comes in many forms.  Friendship is coming to the airport as an impromptu welcoming committee on the day I flew home for my dad’s funeral.  Friendship is the dozens of e-mails and heartfelt messages of support from people on my Facebook and Twitter pages, some of whom have never met me in person but were there and willing to stay up and chat on a very dark night. Friendship is rearranging your kids’ sleeping arrangements at the drop of a hat so that Aunty Jeanne can have a bedroom of her own for two weeks.  Friendship is insisting on coming to help me pack up my family home – giving up evenings and weekends – and making the packing of my late mom’s clothes feel like a girly shopping trip, not a terribly sad chore.  Friendship is flying from Johannesburg especially to be at my father’s funeral and support me.  Friendship is giving up a precious Sunday afternoon on 10 minutes’ notice to help clean a very dusty house ahead of a viewing by a potential buyer, and for making me laugh despite the seriousness of it all.  Friendship is my blogMamma‘s constant love, prayers, late-night chats on Twitter and much-needed motherly words of wisdom during a very difficult time.

Thank you, my treasured friends.  You are irreplaceable. Friendship is also wrapped up in the rituals of eating, and one of my favourite ways of hnouring a particular friend is to make a dish that they taught me to make.  The very first person that I ever met online on this blog and then went on to meet in real life was my dear friend Johanna.  We had exchanged blog comments and chatted online for a few months and figured out that we had quite a lot in common.  Eventually we planned to meet up in person and I still remember  being fine about it until I got out of the Tube station close to the restaurant.  Then I was suddenly gripped with all sorts of misgivings.  What if she stood me up, sniggering at my disappointment from behind dark glasses in a cafe across the street? What if we sat down and had nothing to say to each other?  What if she was an axe-murderer (or a 16-year old boy!)?  Clearly my subconscious hates me.

But none of these awful possibilities came to pass – we were as compatible in person as we were on our blogs and our planned glass of wine turned into two bottles and an evening of non-stop chatter.  We have seldom stopped talking since – through good times and parties; through family dramas and bereavements; through expensive restaurants and home-cooked meals; and even a road trip through Austria. I have watched her gorgeous kids growing up and I was even chosen by her daughter to be her honourary “Aunty” – a rare honour indeed!  Understandably, we were both devastated at having to say goodbye when Johanna moved to Singapore last year.  I can’t begin to calculate the hours we have spent in various kitchens together, or the number of dishes that Johanna has inspired me to make.  But one of the dishes that most reminds me of her is the divine Schweinsbraten from her native Austria that she taught me to make.  Every time I make it, I miss her company; but as the meat cooks, the warm, spicy smell wraps itself around me, as familiar and comforting as a warm hug from a friend.

There really is no rocket science to this roast – the only fiddly bit is the seasoning of the meat, and remembering to turn up the oven’s heat gradually.  But the end result is utterly spectacular: meat as tender as pulled pork, infused with garlic and spice, and crackling that you would sell your grandmother for – trust me, it’s that good. If your meat has come from a supermarket packaged in a twine “stocking”, cut off the stocking.  Make sure that the fat is scored.  If not, score it yourself:  using a very sharp knife, make parallel cuts about 1cm apart all over the fat.  Make sure you cut through the tough skin, but do not cut all the way down into the meat.

Peel the garlic and cut about three quarters of the cloves into sticks, which you will use to stud the meat. Turn the meat over so that it is lying fat side down.  Use a thin kitchen knife to prick holes all over the pork, sliding the garlic sticks over the blade into the meat before removing the knife. Leave aout 1cm between each hole and stud the meat all over. Rub the pork generously all over with the salt, pepper and spice mix. As Johanna says “if you feel you are using obscene amonts of spice, you have the quantities just about right”.

Turn the meat over so that the skin side is up.  Stud the fat with garlic sticks as described above.  Crush the rest of the garlic and smear over the roast, including the skin, taking care to work it into the cuts scored in the fat; then rub all over (meat and fat) generously with the remaining salt, pepper and spice mix (grind more if you have to!).  Allow the meat to soak up the flavours for a long as possible, preferably overnight.

Place the pork skin-up in an casserole with lid.  Add enough water so that the base of the casserole is covered with about an inch of water.  Cover with lid and try to cook as long and slow as possible – bank on at least 3.5 hours.  Place the casserole in cold oven and immediately turn the temperature to 150C.  Raise the temperature by about 10C every half an hour, until in the last hour you reach 220C.  During cooking, frequently baste the pork with the cooking juices – baste at least once every half an hour when you turn up the temperature.

Take the lid off in about the last half-hour of cooking so that the crackling crisps up nicely – you can help it along by turning the grill on high for the final 15 minutes of cooking.

I served mine with boiled new potatoes and white cabbage with bacon and caraway seeds.

Don’t forget that this month I am hosting the Monthly Mingle, my darling sister Meeta’s monthly event.  The theme is Topless Tarts and you have until 30 April to get your entries to me!  Full details are available on my announcement post.