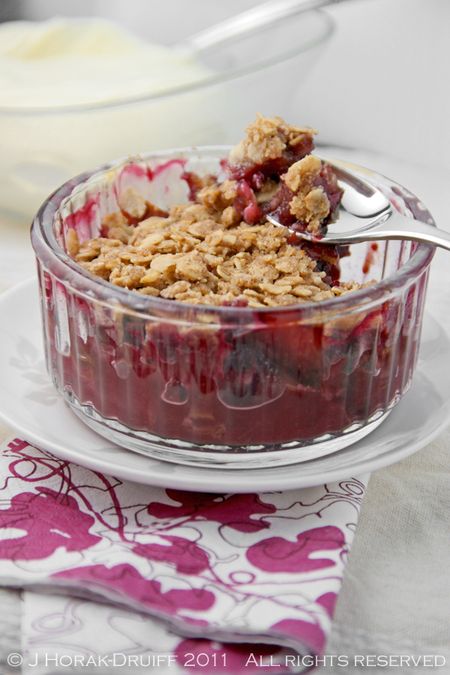 Those of you who follow me on Twitter will know that Fridays are #FridayPoetryFix days around here, where I post the link to a favourite poem, old or new, that has grabbed my attention during the week, or that describes my mood particularly well.  Last Friday was the turn of one of my favourite poets (yet again!) – the fabulous William Carlos Williams and his deceptively simple poem This is Just to Say:

I have eaten
the plums
that were in
the icebox

and which
you were probably
saving
for breakfast

Forgive me
they were delicious
so sweet
and so cold Those of you who are regular readers of this blog will also know that I have recently been trying to make and rephotograph posts for which I either have no photo or for which I have unattractive photos – and I have to say that I cringe at some of the pics that saw the light of day on this blog! Suffice to say that anybody who looks at my photos in 2007 and today will wonder if it’s the same person who took them.  Take, for example, the photos in my original spicy plum crumble post and the photos in this post.  Scary, huh?! The old photos are a practical example of the dangers of being ignorant of white balance, among other things :o) But please don’t hold the grotty original photos against me – the spicy plum crumble or crisp!) was mighty fine then, and it’s mighty fine now.  This dessert is so easy and quick that you can throw it together while guests are sitting at the table, and it’s a great way to use up either underripe plums, or plums that are slightly past their prime.  And if you don’t quite have enough plums, you can add a sweet apple, chopped up into chunks – it will bulk up the fruit content and take on the pretty red colour of the plums so as to be indistinguishable to your guests.