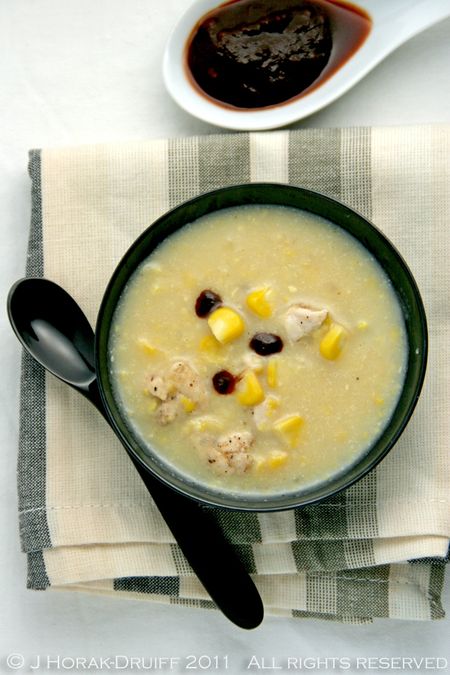 There are some words in the English language that arrive briskly and on time; sensibly dressed; do their job quietly, and move on.  Words like safe, sorry, train, paper, sun, yard, end.  But then you get the other words.  You know, words that flit into your speech like exotic tropical dragonflies, in sequinned ballgowns, 6-inch red patent leather heels and feather boas, leaving in their wake a perfume so compelling that you can’t get it out of your head for days.  Words that have such a sensual and foreign feel in your mouth that you tuck them away quietly in your cheek and bring them out furtively in private moments, to repeat to yourself over and over again, just because you like the slightly illicit way they feel on your tongue.

While I was doing some reading ahead of writing this post, I entered a single ingredient into Google to look for synonyms.  What came back were the following words.  Go on – say them out loud to yourself.  You know you want to.

Humdingers in sequins, one and all, I’m sure you will agree (although especially the final one!). Anybody want to venture a guess as to the word I entered into Google to come up with this selection of eclectic tongue-pleasers?

The word was “mealie”.  Still confused, my non-South African readers?  It’s the South African word for sweetcorn or maize, a staple in most South Africans’ (and indeed sub-Saharan Africans’) diet, in one form or another.  Whereas most European languages went with some permutation of mais as their term for maize, it seems that Dutch (and by extension Afrikaans) went with a corruption of the Portuguese milho – hence mealie. It has been one of my favourite foods since childhood.

Upon arrival in the UK, I was most disappointed to find that the South African store cupboard essential creamed sweetcorn is not something that regularly appears on British supermarket shelves – the only place I have seen it is the speciality “international foods” aisle, or in Chinese supermarkets.  It is a food that reminds me of childhood and comfort and is one of the few things that I will happily eat out of the can with a spoon if left unattended and to my own devices. Although no tins of creamed sweetcorn were harmed in the making of this soup, the sweetly creamy flavour does a pretty good impression of my childhood favourite.  The chicken adds a bit of protein to make it a proper one-pot meal; and the smoky depth of flavour that the chipotle adds warms the cockles of the heart.

And when you’re done flirting with those exotic words, I guarantee that this soup will feel just as good wrapping itself around your tongue. Chop the chicken breast into small bite-sized pieces.  Season generously with salt and pepper (I used a little chilli salt on mine). Heat half a tablespoon of the olive oil in a heavy-bottomed frying pan and fry the chicken bits until just cooked through.  Remove from the pan with a slotted spoon and keep warm.

In the same pan, melt the butter together with the rest of the olive oil over a medium heat. Once the butter has melted completely add the garlic, onion and potato and sauté for five minutes, until softened. Add the sweetcorn, reserving a handful of kernels to add at the end for texture, and continue to cook for two more minutes.

Add the stock, bring to the boil, then reduce the heat to simmer for five to ten minutes, until the potato has cooked through.  Stir in the cream and chipotle paste and season to taste with salt and freshly ground black pepper.

Using a wand blender, or a food processor, process the soup until smooth.  Then add the chicken pieces and reserved whole kernels to the soup and return to the heat until heated through. Serve hot, with more chipotle paste if desired.

It is with great pleasure that I announce the 2011 Food and Wine Blogger Indaba! This event was held for the first time in 2009 and I was honoured to be asked to speak.  The good news is that I will be speaking again and hosting workshops on kickstarting your writing and photographyat this year’s event in Cape Town!  Bookings are streaming in and tickets are selling fast – so if you are a food or wine blogger or if you are interested in becoming one, the Indaba is the place to be on 20 February 2011. Book now!