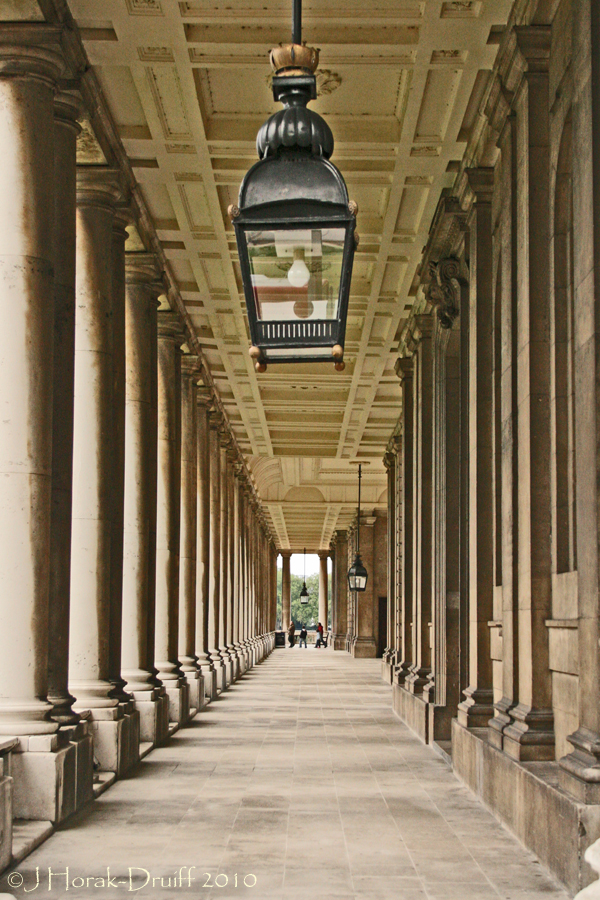 The Old Royal Naval College at Greenwich in the south-east of London was designed by Sir Christopher Wren (who also designed St Pauls Cathedral and a myriad of other churches in London) and was completed in 1694 as a hospital for “the relief of seamen and their dependents”.  By 1869, it had been taken over by the Royal Naval College, which remained in residence until 1998 when the buildings passed to the Greenwich Foundation.

It is built in an English Baroque style with the building divided in to two identical halves, split up the middle so that Queen Mary’s house further inland might still preserve its river view.  It is without a doubt one of my favourite buildings in London – not least for the fact that you can roam the grounds and admire the impressive neoclassical chapel and Painted Hall for free.  The reason for this largesse is that the College is a sought after film location, having featured in films like Patriot Games, The Queen and The Golden Compass, and the revenue from its hire as a location allows the Greenwich Foundation to conserve and restore these magnificent buildings for the public benefit.  This photo shows one of the colonnades bordering the handsome three-sided forecourt on the river bank.