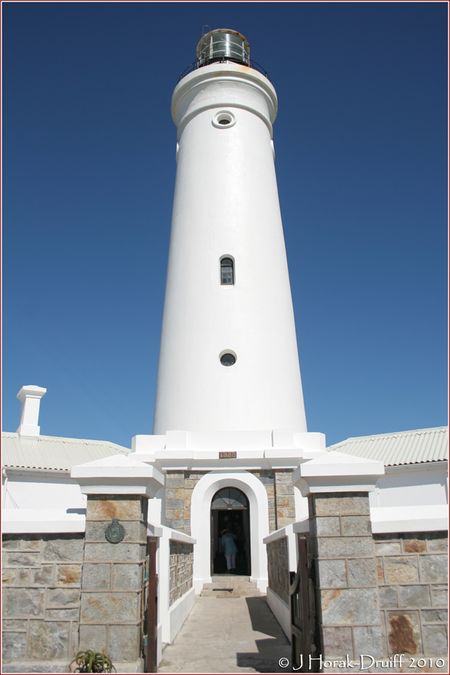 The Seal Point lighthouse in Cape St Francis, South Africa was built in 1875 (at a cost of £20,000) and commissioned on 4 July 1878. The 28-metre circular masonry tower (the tallest masonry lighthouse on the South african coast) supports a lantern house and 2nd order revolving lantern consisting of 8 catadioptric lens panels. The lighthouse was declared a National Monument in 1984 and still functions.  It is possible to climb the stars to the lantern for a spectacular view, but for those who fear heights, the penguin sanctuary in the shadow of the lighthouse can be just as much fun!  For more info on South African lighthouses, click here.

This is part of a series of non-food photographs that will be published every Saturday on CookSister. All photographs previously featured may be viewed on my Saturday Snapshot archive pages.  Many photos featured in Saturday Snapshots are available to buy as high-quality greeting cards or prints in my RedBubble store. They make gifts, for friends or for yourself!