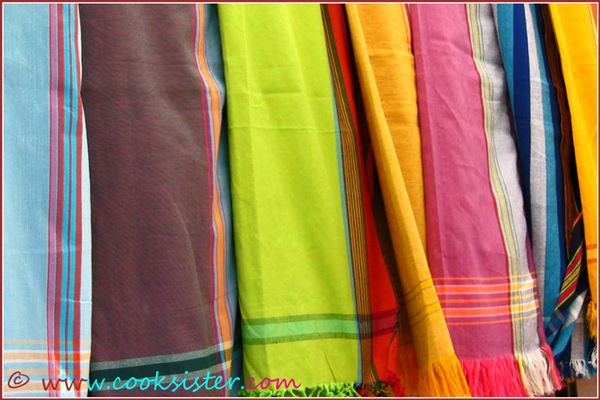 A kikoi (from a Swahili word meaning wrapper) is a 100% woven cotton wrap that originated along the East coast of Africa in Kenya and Tanzania.  It it thought that these wraps were influenced by the flowing robes worn by Eastern traders who called at the African ports, and today they are worn up and down to coast of Africa and by expats and travellers around the world.  The colours are often very bright and the cotton ranges from stiff (which needs repeated washing to break it in), or deliciously soft.  They can be worn simply as a unisex wrap around the waist or chest, but are also great as a scarf, a shawl, a headscarf, a tablecloth, a throw or a towel.  I have two that travel everywhere with me – a little piece of Africa to keep in my bag.