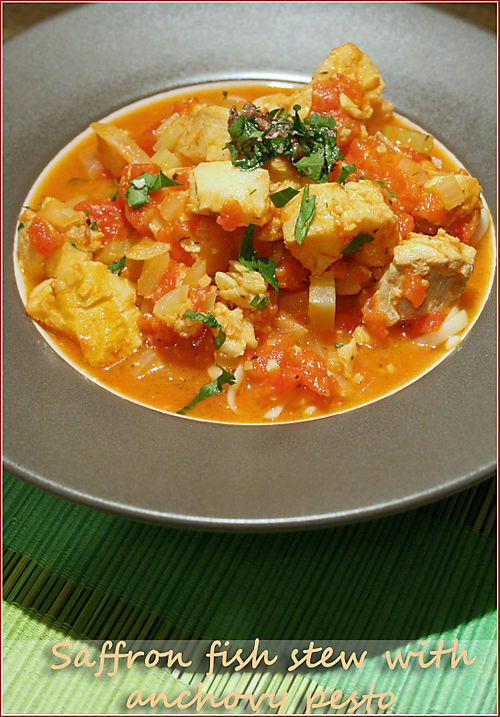 Don’t you just hate coming back from holiday? You arrive back all relaxed and full of optimistic plans about how you are going to rearrange your schedule to do more yoga/cooking/writing/ sleeping/whatever… and within days you feel so worn down by the realities of daily life that you need another holiday.

Monday night as I was walking to Spanish class and Nick was just getting ready to leave home to join me, Siemens (contractors for British Gas) arrived to replace our gas meter – their idea, not ours.  They replaced it, tested the system and then said  ooooh, you have a gas leak.  So Nick questions this because a) nobody can smell gas and b) if there is a gas leak THEY caused it, otherwise surely we would have blown up the minute we returned from holiday and switched on a light!!  But they refuse to express an opinion, turn off our gas supply, and tell Nick to call Transco/National Grid to report a leak.  So he does this, and they show up sharpish, thinking they need to avert a gas explosion.  They then do their test and say no, no gas leak.  However, the Siemens guys had warned Nick that they might say this, and had told us to get them to switch the boiler back on and then test for a leak.  So Transco try to restart the boiler that Siemens had switched off (you know, the one that was running happily when Nick got home…) – no dice.  The pilot light had permanently died.  Of course, Transco can’t do boiler repairs, so they cheerfully seal off our gas supply and ride off into the sunset, telling Nick to call British Gas.

By now it is 8pm and British Gas say they’ll only visit the next day, between 12 and 6 (what – do people in this country not fooking WORK?!).  So I stay home from work all day and at 17h30 we call to ask if they are really still coming – yes of course, says the operator.  At 18h30 and facing the prospect of another day without hot water, we call again.  Oh, sorry, the engineer got stuck on a very lengthy job and can now only come tomorrow.  Will we be in?  Aaaarrgh!  No!  We bloody well won’t – we will be at work, earning a salary so we can pay our gas bill!  So no hot water for second night.  Tuesday morning the guy finally shows up at about 08h45, tinkers extensively with the boiler to get the pilot light lit, berates ME for the location of shelves that landlord put up in such a way that you have to remove the shelves from the wall in order to remove the boiler casing, and finally gets the pilot light working again so he can test for a gas leak.  And after all that he connects up his test equipment and… he declares that there was no gas leak in the first place.

And then we get the ever amusing Very Angry Folk out there on the Internet.  God bless those Internuts.  In the space of a week, I have been variously accused in my own comments section of:

Are you surprised that I felt in need of comfort food by last night?  Wouldn’t you have?

Every Mediterranean country seems to have its own take on a rich, soupy fish stew.  Think bouillabaisse in France,  cioppino in Italy,  zarzuela de mariscos a la Catalan in Spain, or kakavia in Greece.  Before anybody gets offended by my ethnically-incorrect cooking and attempts to club me with a large spiky fish (or other cultural weapon of their choice), this recipe does not attempt to recreate any of the abovementioned classic recipes.  But it’s low fat, soupily comforting, very tasty, and can be on the table in 30 minutes.  I served mine on tagliatelle, but crusty bread would make an equally good partner.  For me, the anchovy pesto is what really lifted this dish into weeknight dinner heaven, so don’t stint on it.

Oh, and just to avoid yet more trouble, this recipe was clipped from a South African magazine 10 years or more ago and I freely admit that I have no idea which one.  Also, please note that no other diners were offended in the photographing of this dish. 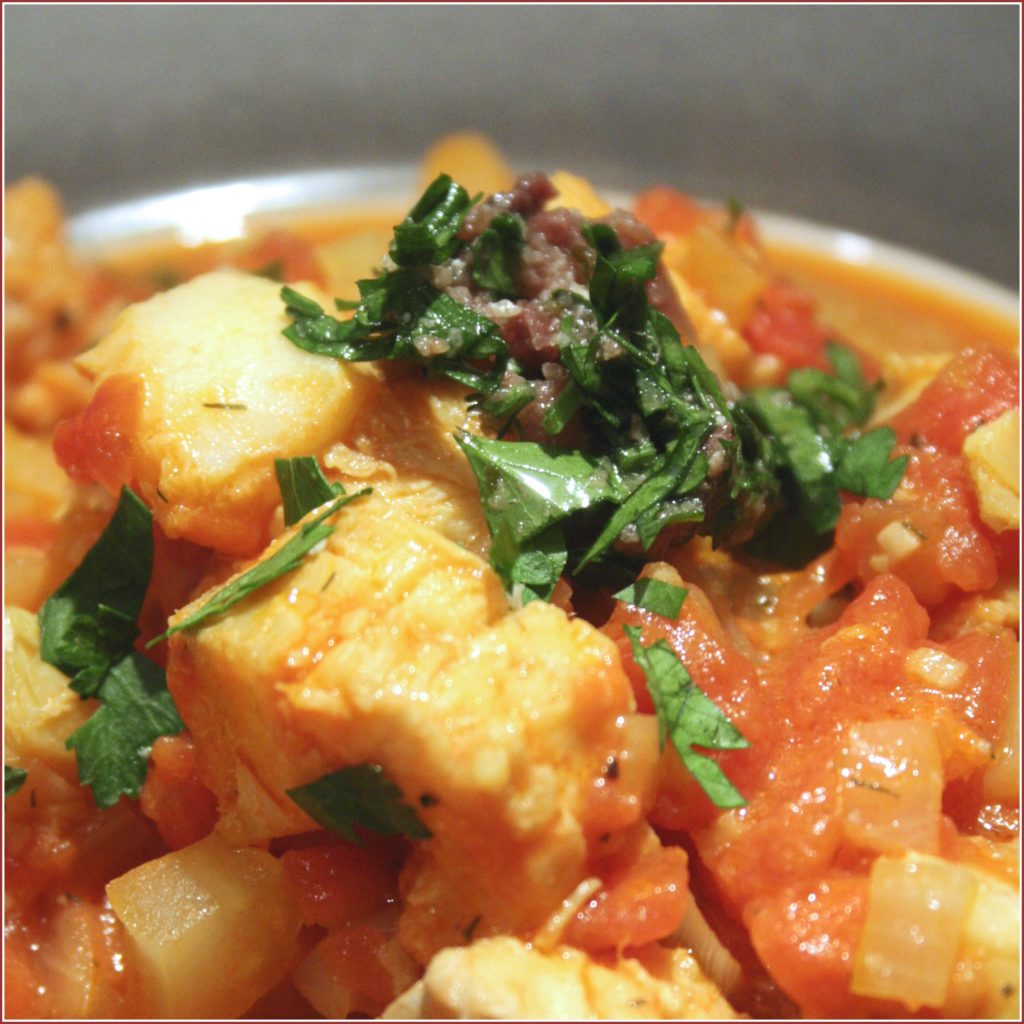 Soak the saffron in a little of the wine for 15 minutes or so while preparing the other ingredients.

Rinse and dry the fish and cut into chunks.  Mix the chopped plum tomatoes, tomato paste and herbs.

In a large saucepan over medium heat, gently sautee the onion, garlic and celery until soft.  Reduce the temperature to a gentle heat and add the fish and the tomato mix to the saucepan.  Add salt and pepper to taste, then mix in the saffron, the olive oil and the wine.

Cook uncovered for 30 minutes or until the fish is just  cooked and the liquid has reduced to a thick soupy consistency.

In the meantime, pound together the pesto ingredients with a pestle & mortar to make a rough paste.

Remove the bay leaf and serve the fish stew on good pasta in shallow bowls, topped with a dollop of the pesto.