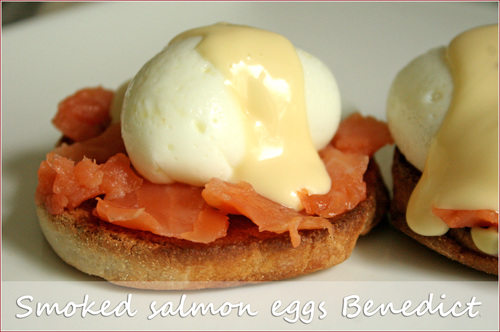 Fact:  marriage is hard work.  And I have a suspicion that everyone reading this who is married will agree with me on this…!

Of course it’s also fun, rewarding and comfortable, but anybody entering into it with the idea that it is going to be moonlight and roses is in for a painful reality check.  You know that part about “for better, for worse; for richer, for poorer; in sickness and in health”?  Well, the minister is not making that bit up – it pretty well sums up the gist of the thing!  But when it works it’s also a wonderful thing.  If two people can figure out a way of meshing together their two hitherto separate existences and share every aspect of their lives, 365 days a year, for any significant length of time, something new and surprisingly comforting is created that is both fragile, yet stronger than the two original parts.

And the longer you can maintain this arrangement in a state of approximate equilibrium, without a family murder, the bigger the celebration should be :o)

Which is why Nick and I renewed our wedding vows in Vegas in 2005, and why in two years time I hope we will be doing so again somewhere in a beach surrounded by friends.  This year, though, things are more low key but I could not let our anniversary this week pass by unnoticed!  So today while we spent a day cocooned at home I declared it Anniversary Brunch Day and treated us to a little taste of affordable luxury in the shape of smoked salmon eggs Benedict.  The ingredients are relatively simple… but together they make up more than the sum of their parts.  Like me and Nick.

There is some debate about the origins of eggs Benedict,  but is generally accepted to have developed in the USA in the late 1800s.  The two stories that are most likely are:

Either way, it has become a byword for luxury breakfasts and therefore the ideal treat for a cosy morning at home.  The only problem is that I’d never poached an egg.  Sure, we’re always frying, boiling and scrambling them – even coddling.  But never poaching.  It always seems like an art, and never having tried it I wasn’t sure if I would master the art.  But recently week I saw something on a blog which made me decide to throw caution to the wind and give poaching a go.  Nicky of Delicious Days shares with us a novel way of getting your poached eggs into a regular shape:  trap them in plastic wrap!  Being the proud new owner of a bag of handy resealing clips from Ikea, I decided that the universe was conspiring to steer me down the path of poached eggs – who was I to refuse?

Despite slightly overtoasting the English muffins (read: doing too many things at once!) and slightly overpoaching the eggs (read: performance anxiety!), the dish turned out fabulously well and is definitely being added to our brunch repertoire when we feel in need of luxury. 2 English muffins
4 eggs
About 100g smoked salmon (I used trimmings because they were in the fridge – probably prettier to use slices)
A jar of Hollandaise sauce (I used Maille)
For this method of poaching you will also need polythene wrap, plastic clips and 4 ramekins for preparing the eggs.

If you are making your own hollandaise sauce, you should probably start by doing that.  I decided to be lazy and bought a jar of the excellent Maille hollandaise.  Besides, all the eggs in the house were needed for the poached eggs!

Line one ramekin per egg with polythene wrap and brush with a little sunflower oil.  Carefully break one egg into each lined ramekin, taking care not to break the yolk.  Seal the plastic, trapping a little air inside to keep the surface of the poached egg smooth.

Bring a pot of water to boil, at least 2 inches deep.  Lower the egg parcels into the water and boil for 2.5 minutes (for small eggs) or longer (for large eggs or for a solid yolk), turning the parcels every 30 seconds or so to ensure even cooking – the parcels tend to want to lie on one side only!  The original recipe suggests removing your eggs after 2.5 minutes and plunging them into cold water to stop the cooking process. I, on the other hand, removed mine and noted that parts of the white were still translucent, and popped them straight back in the boiling water!  I think getting the timing just right will take a bit of practice.

Split each muffin into 2 discs and toast lightly (they are meant to be crisp and warm but, ahem, not brown!).  Butter each lightly and top with smoked salmon.  Remove the eggs from the polythene wrap (they come away fairly easily) and top each muffin half with an egg, then top each egg with hollandaise sauce.  What could be easier! 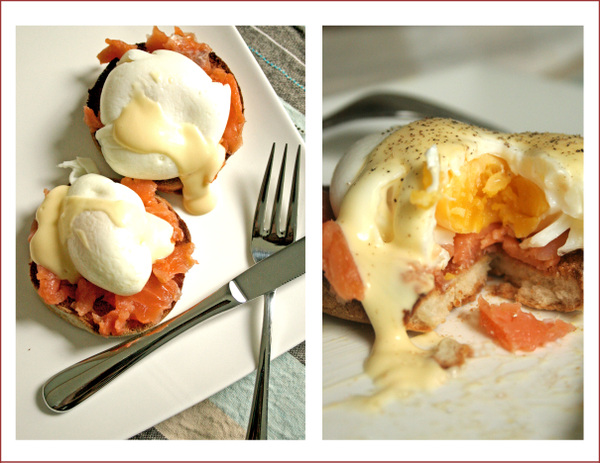 I’m submitting this post as my entry into this month’s Waiter, There’s Something In My… event, hosted on a rotating basis by Johanna, Andrew and me.  The theme Johanna chose was breakfast and you still have until the end of the month to get your inspired breakfast dishes to her!