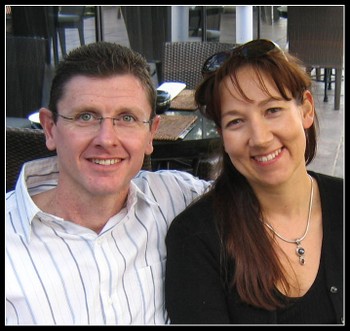 “His name was never mentioned in dispatches

Nor was he hero of the desperate stand

His death obscured no headlines…

Yet one there was for whom his life held meaning

And with his passing grief walled up the sun”

From The Inarticulate – Andrew Taylor

Every day of our lives we meet people. Some, only fleetingly – the shop assistant, the petrol attendant, the person we chatted to in the queue at the bank. Others linger in our lives for longer – school friends, varsity friends, colleagues. And others shape the way we look at the world. Peter was one of these people.

I can remember the day the foundation of our lifelong friendship was forged as clearly as yesterday. It was during the December school holidays in 1982 and Peter was about to go to Wits. I had been visiting my schoolfriend Alison that afternoon and up to that point, Peter was always “Alison’s brother” to me – five years older and living in another social sphere altogether. But for some reason that afternoon we got talking about cars. Having been born to a car fanatic father, Peter’s obsession with four-wheeled machines struck me as perfectly normal, and soon we had a little pocket car book out and we were going through it page by page, with me expressing the opinions I’d learnt from my father on each and every vehicle, and Peter amazed that I’d even heard of some of them. I was star-struck and he must have been mildly impressed because he proceeded to write to me from Wits – a first year engineering student writing to a 14-year-old girl – imagine! And although we never lived in the same city after 1982, the foundations were laid for him to become one of my closest friends.

After all these years, when suddenly called upon to describe the essence of what made him who he was, I panic. What if the words don’t come?  But then slowly they do, and suddenly the page fills up with a list.

Cars is obviously the first. Oh man, he loved them. When he first got his driving license, he used to say that the family dog Charka wanted to go to the airport to watch the planes take off, when secretly he just wanted an excuse to drive. It didn’t take long for him to figure out that my father was an avid collector of cars and pretty soon I arranged for him to pop round to my parents house during university holidays and see the collection. I remember Peter and my dad standing in front of an open car bonnet and warble on about “the sheer visual impact of the engine”. I thought they were nuts, but to Peter a beautiful car was the stuff of dreams.

Teacher is another word that springs to mind. When we were studying, Peter never aspired to be a lecturer. In fact, he and I for many years had a bet on as to who would get their company car first. But by the time he had finished his studies it was so blindingly obvious that he was a natural teacher that this is what he pursued as a career. I was privileged on one occasion to be around to see the kind of loyalty and love he inspired in his students. In the early 1990s my mom and I happened to be in Johannesburg at the time of his birthday. In cahoots with us and with Alison, some of his students arranged for a fake menu to be printed with a picture of Peter inside, and to be delivered to our table together with champagne. Peter was still trying to wave away the unordered champagne when he spotted the picture of himself on the menu. “Bloody hell!” was about all he managed to splutter before the laughing students leaped out of hiding and joined us. He was a natural teacher who clearly inspired a deep affection amongst his students and I for one can’t think of a more inspirational teacher.

Optimism is another word I strongly associate with Peter. He was never one for moping and I don’t think I ever saw him be negative or expect the worst. He was relentlessly cheerful even in the face of adversity; he believed passionately in the future of this country; and he always believed the best about people. Sometimes this seemingly unfounded optimism could be infuriating, but eventually he would always win you over and you would end up seeing the world through his rosy spectacles.

But above all, Peter was a true gentleman. So much so that when he acquired his cat, for a long time he did not know if it was a boy or a girl. I said to him “but for heaven’s sake, just lift up the tail and have a look – it’s pretty easy!”. He replied in horror “but that would be an invasion of its privacy!” In a world where these things are sadly less and less valued, he would still open doors for ladies, make seemingly effortless conversation with absolutely anybody, watch his language around girls, help strangers, and be kind and courteous to everyone he met. Even the nurses in the oncology department where he spent his final days could not stop remarking on how polite he was and how he actually bothered to thank them when they did things for him. It was as if he had stepped into this world from a previous, gentler age and although he was destined never to make an impression with his physical size, his kind and gentle ways made him more of a man than those twice his size.

On 7 September this year, Peter’s sister Alison let me know that he had been ill and was in hospital for tests.  He had a swollen lymph node in his neck and had been diagnosed as anaemic so they had done a biopsy on the lymph node and a lumbar puncture. I texted him immediately and he said not to worry – it was probably an infection of his lymphatic system. But when they had not allowed him to go home from the hospital almost a week later I did begin to worry. On 14 September Alison let me know that the test results were back – cancer. The word struck me like a blow to the solar plexus and memories of Christelle came flooding back. By 16 September Peter was allowed home for the night and I could finally call him and talk privately. He sounded so weak and unlike himself that I was shocked, even though Alison had warned me to expect some decline. He told me that he had Non-Hodgkins Lymphoma and that he was unlucky on two counts: the cancer had spread to lymph nodes on both sides of his diaphragm (making it stage III), and it was a particularly aggressive form of NHL. Still, the doctors seemed hopeful that it would respond well to chemotherapy and had decided to start Peter on a 6-month course as soon as possible.

During the next week, we exchanged text messages regularly as he was readmitted to hospital to prepare him for chemotherapy. He told me how emotional he was finding facing his own mortality and told me to be grateful for every morning that I woke up and could get out of bed with no problem.  But the conversation still ended on a positive note and we both sent our love.  My weekend was busy and I only got home again late on Sunday, when Alison called me out of the blue and in tears to say that Peter had become incoherent sometime between when she left him on Saturday evening and returned on Sunday.  In desperation she had tracked down his doctor who told Alison as gently as possible that the cancer was marching on relentlessly and that Peter probably had days rather than weeks left to live.

Peter passed away peacefully on Monday evening, having spent his last day in the company of his family and close friends.

My brain tells me quite cheerfully that this could not have happened.  Obviously there must be some mistake!  When the Rugby World Cup started on 6 September, he was having tests for some unspecified infection and worrying about getting his fourth years’ projects marked on time, and before we even got to the rugby quarter finals, he was dead?  How the fuck does than even begin to happen?? Surely bright, cheerful, clever, funny Peter must be OK?  Surely there was far too much life-force in that body and optimism in those eyes to fade so fast and so soon?

It seems surreal to think that I will never meet him at Johannesburg airport again, that he will never send me another e-mail, and that I will never hear his cheery “Hi, doll” at the other end of the phone.  I will no longer be able to reminisce with him about the teddy with champagne and chocolates I extravagantly sent him for Valentine’s Day in 1988; about the night we went to dinner with my mother and convinced ourselves that the lights of the Union Buildings in Pretoria were flicking on and off; about the night we drove home from Sun City listening to the second movement of the Emperor Concerto; about doing the Vietnamese Waltz and the Wits v UPE quarters tournament in Plett over new Year 1989.

I could go on, but none of it changes the essential fact that he is irrideemably gone, and however incredible we may find that, we are all going to have to find a way to accept that over the coming months and count our various losses.  John and Barbara have lost their only son; Alison and Linda a brother; Danielle and Joshua an uncle; Ken and Simon a brother-in-law. And as for me, I have lost my first love and one of my dearest friends.

May you rest easy, my dear friend, and may you find the peace that so often eluded you in this world.