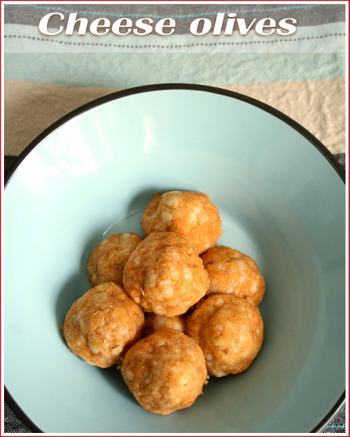 Some of them are good.  Like having something you lost returned to you by a good samaritan.  Or being upgraded to business class for free on a long-haul flight.  Or a longed-for gift bought by an attentive partner.  Or winning the lottery 😉

Some are not so good.  Like finding your lover in bed with somebody else.  Or finding out that the flight left at 2pm, not 5pm like you thought.  Or opening your phone bill and finding out your teenage son’s girlfriend lives inTimbuktu.

And some are culinary.  Like taking a tentative bite of something you’ve never eaten and finding it delicious.  Or taking a big bite of food and finding out it’s drenched with hot chile.  Or following a recipe to the letter, only to find out you’ve written down a vital amount incorrectly.  Or biting into what you think is a cherry cookie, only to find out it’s a cheese olive.

I confess – the last two examples are, shall we say, not entirely hypothetical.

One of the things my mom and I regularly baked together was cheese olives.  We had got the recipe from an unusual source – one of my brother’s school friend’s mothers.  That in itself is not unusual, you might say, and you’de be right.  But if you met the mother in question, you might think unusual is far to restrained a description!  On one occasion when my mom went to fetch my brother, said friend’s mother (let’s call her Mrs S.) came to answer the doorbell.  For reasons known only to her – whether safekeeping, adornment or otherwise – when she opened the door she was wearing her hair in curlers and a pair of her husbands Y-fronts on her head.  On another occasion she had a long discussion with my mom about buying shoes and regaled her with how the pair she had recently bought was too small, but she was determiend to stretch them.  Sure as nuts, my mom looked down and Mrs S. was wearing a pair of shoes on the wrong feet – to stretch them of course.  And when she fell pregnant with her fourth child, my mom asked whether they were planning many more.  Mrs S. replied “no – now that we know what is causing it, we are going to stop”.

I feel the need to point out that both she and her husband were qualified attorneys.

So surprises were always on the cards there.  But Mrs S. did have her head on straight when it came to baking. And the recipe for which I will always remember her is the one for cheese olives.  As you can see from the pictures, these little babies were basically little balls of cheese-straw-style dough, but hidden inside each ball was a pimento-stuffed olive.  Sometimes, if you weren’t careful, a crack in the dough would allow the pimento to seep out during cooking, looking for all the world like a bit of red cherry flesh.  So when my brother came into the kitchen one day and found a tray of these cooling, he spotted the red, assumed it was a cherry cookie of some sort and popped one in his mouth.  Oh the face he pulled when the decidedly un-cherry-like flavour hit his tongue. Surprise!!

About a year and a half ago, I decided to retrieve this recipe from my mom’s hand-written recipe book, so on a trip home, I copied the recipe down by hand to bring back to London with me.  Shortly afterwards, Johanna and I had our joint blog-birthday party and I decided to make cheese olives.  I followed the recipe carefully, although I did think at the time that the dough was stickier than I remember, but I put this down to a trick of memory.  Put the baking sheet in the oven and opened the door 15 minutes later, expecting to see little bite-sized cheesy doughballs.  Instead… there was a lava-like sea of melty cheese that had spread clear across the cookie sheet, dotted here and there with lumps where the olives were smothering under their cheesy blanket.  Um, oops.  Turns out the correct recipe was a cup of flour and half a cup of butter, not half a cup of each.  Surprise!!

Now, having rectified this little mistake, I have resumed my successful baking of cheese olives.  So when I had half a dozen food bloggers coming over to my place yesterday for a honey tasting followed by a tea, I decided to redeeem myself after the disasterous rendition last summer and treat them to proper cheese olives.

I’m also submitting this post (belatedly!) for the lovely Stephanie‘s Blog Party where the theme this month is “It’s what’s inside”.  As is customary, Stephanie wants bite-sized snacks as well as drinks and music.  WIth these babies I suggest (what else) a dry martini with an olive.  And on the stereo, unquestionably INXS with Devil Inside 😉  Enjoy the party!

Rub the butter into the dry ingredients.  Mix in the cheese.  Flatten small balls of dough into circles and wrap each around an olive, returning any excess dough to the mixing bowl.  Roll the ball between your hands to get it round and to make sure there are no cracks.

Bake on a baking sheet lined with baking paper at 200C for about 15 mins or until beginning to turn golden brown.  Serve warm, with cocktails.