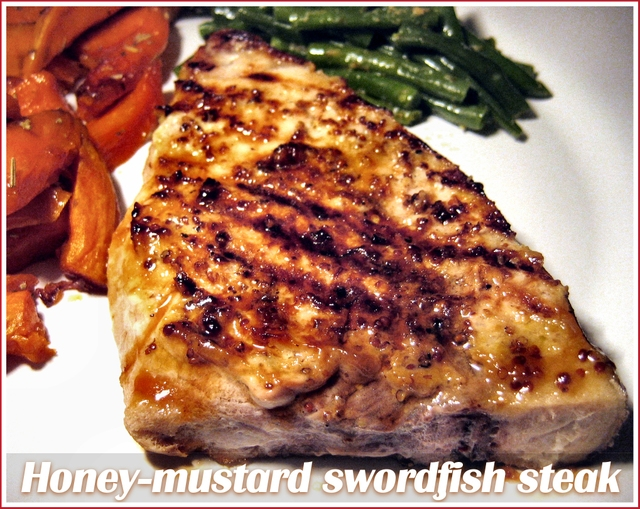 If I ever write a self-help book I already know what I’m going to call it:

“Clear your freezer – fix your life!”

There is something so deeply satisfying about clearing out those forgotten and unidentifiable bits under the frozen chicken thighs – and it doesn’t even matter whether you make something delicious with them or just trash them – the deep satisfaction materialises in either event.  In fact, I’d even extend it to include fridges and cupboards – I just get a kick out of using up the dregs of things that I find lurking, or making a splashy dinner just because I found a splashy ingredient that I’d forgotten I had.  So using this yardstick, I was in a state of Zen-like bliss one night last week.

I got home from work, cold, tired and grumpy (hey, that’s called London Life, I believe!) and immediately yanked open the freezer door, only to stand slack-jawed and uninspired in front of it, in a maneuver that my mom used to call “giving the penguins some fresh air”.  What to cook that wasn’t going to take all night?  Whole seabass?  Fussy and I can’t be bothered.  Chicken stew?  Takes too long.  Crumbed fish and oven chips?  Too boring.  And then my eye alighted on a little wrapped white parcel.  It had been there for a while, lurking between the turkey mince and the ice cream, and I had a vague idea it was something Nick had bought on a solo shopping trip, but I could not immediately recall what it might be.  So I hauled it out and there was the half-price sticker (yup – definitely a Frugal Nick purchase!), and below that, the description:  2 swordfish steaks.  Mmmm. My mind started dreaming dreamy culinary dreams, recalling seafood dinners at The Islander in South Africa… and then I was jerked back to reality by a penguin tugging gently at my trouser leg with a flipper and saying “please shut the door – the Emperors are passing out from the heat!”.

OK, maybe I made up that last bit.

But even with the freezer door shut I could still recall the moment of dreamy inspiration – so swordfish steaks it was to be!  While they were defrosting I had a quick look through my recipe books.  Nothing perfect but all sorts of ideas that could be adapted to suit what I had available.  And because the steaks were definitely going to be pan-fried, that freed up the oven for me to make sweet potato wedges – bonus!  So, into the roasting pan went the scrubbed and wedged sweet potatoes with a good glug of olive oil and some rosemary, destined for about 45 minutes in the oven at 180C.

Just a quick word about swordfish before dinner.  These impressive fish (Xiphias gladius)are migratory and roam across the globe.  They can grow to 4.5m in length and can weigh an astonishing 650kg!  Huge controversy rages about whether or not they are endangered (and that word itself is open to many interpretations and degrees of seriousness!!)  On the one hand we have bodies such as Active Angler reporting that they are endangered, or the IUCN reporting that they are threatened, while on the other hand the International Commission for the Conservation of Atlantic Tunas (ICCAT) say the population isn’t endangered.  And then to add fuel to the fire, we have FishScam and others who say that the whole PR campaign to discourage the eating of swordfish was one big publicity stunt by SeaWeb, who initiated the campaign. They used swordfish as a focus because they are majestic and easy to find support for, rather than because they are particularly endangered.  So I’m afraid I’m not going to be able to tell you tonight whether or not you should be eating swordfish – you’ll have to make up your own mind.  But while you’re deciding, you’d do well to take note of the fact that swordfish is one of the species that may contain more mercury than what the FDA think is good for you, so in either event it’s probably not best for pregnant women or young children.  But seeing as I fall into neither category, I thought I’d take my chances 😉

Like tuna, swordfish is very, very firm – it really is steak for non-meat-eaters.  So, it can do with some sort of marinade or basting sauce, otherwise it runs the risk of being really dry.  Also, be aware that it is one of the fishiest fish around – so if you or your guests are at all ambivalent about the taste of fish, serve something else!  And as with tuna, please please please don’t overcook it!  You will only be left with a disappointing fishy piece of leather if you do.

Mix the honey, mustard and oil to make a paste.  Spread on both sides of the steak and leave to marinate for as long as you can.

Pre-heat a cast-iron griddle pan, sprayed with a little olive oil.  Press the black pepper onto the one surface of the fish so that it sticks to the honey-mustard paste, then place the fish in the pan.  If your pan is hot enough, it should sizzle when the fish touches it.

Depending on the thickness of the steak (mine were about 1.5cm), allow to cook for 2 minutes.  Then baste with the remaining paste, press on more black pepper and turn over.  Cook for another 90 seconds and then remove from the heat.  If you are worried that the fish is still raw, leave it on the griddle for a while longer – it will keep cooking gently.  Serve with roasted sweet potato wedges and steamed green beans tossed in basil pesto (as pictured).

And don’t forget to leave a taste for the penguins 😉