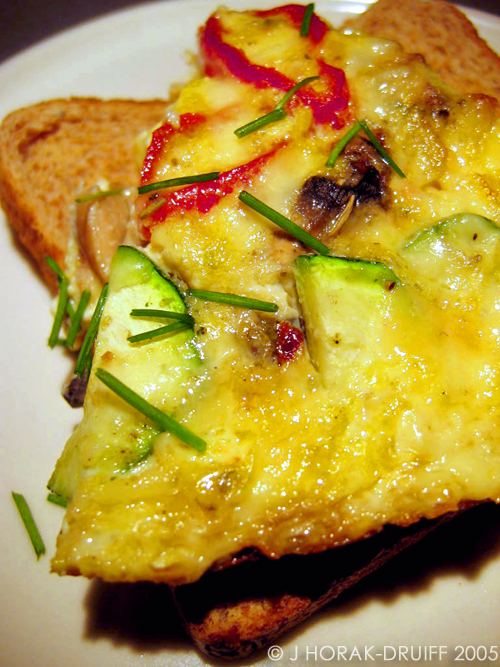 I love the end of the month…  All sorts of good things seem to happen towards the end of the month – payday, Christmas, my birthday (OK, granted, these two only take place at the end of certain months…), the End of Month Egg on Toast Extravaganza, and last month, a public holiday!  Yippeeee! OK, so strictly speaking it was a holiday at the very beginning of this month, but the end result was a long weekend at the end of April – bliss bliss bliss.

One of the things I find hard to adjust to in England as opposed to South Africa is the way they have structured public holidays.  In South Africa we celebrate on specific dates for specific reasons – Human Rights Day (21 March), Freedom Day (27 April) and Women’s Day (9 August) to name but a few.  But here in England, we have Christmas and Easter, and apart from that we just have Bank Holidays – days off that fall on Mondays at approximately the same time each year – the first Monday in May, the last Monday in May and the last Monday in August.  It’s convenient as you always get a long weekend (I mean, what in hell are you supposed to do with a holiday that falls on a Wednesday??), but it’s weird as the days have no significance and don’t mark any sort of festival, historic event or celebration.  The only vague exception is the weekend we’ve just had, which coincides roughly with May Day, the day usually associated in modern times with communism and workers’ rights.

So in light of Anthony, who has referenced current events in his EoMEoTE entry, and the overriding spirit simplicity and hard-working honesty of EoMEoTE, I give you my May Day frittata.  Bacon to symbolise the upper classes growing fat on the fruits of the workers’ labours.  Zucchini and mushrooms to symbolise the earth, in which the workers must toil and which nourishes us all.  And red peppadews to symbolise the blood of the workers spilt in pursuit of a better life for themselves, their families and future generations.

Peppers, bacon, chives
Stand in solidarity
In the frittata.

[Or I could give you the truth which runs more along the lines of standing in front of the fridge going “OK, we have some Peppadews left over and some bacon that needs eating.  But we need some crunch and some greenery – I feel decidedly scurvy-like after a weekend of eating out.  Ah, how about zucchini and chives? And of course, mushrooms are always good with egg.  And there’s some aged cheese in here that won’t keep…” etc etc etc. a medium courgette/zucchini, sliced into rounds

half a cup of grated full-flavoured cheese (preferably Pecorino/Parmesan)

milk (to add to the egg mix)

a little olive oil to fry the bacon & onions

Fry the chopped bacon and onion (and a little garlic if desired) until the bacon is cooked and the onion is golden.  Set aside.

Beat together the eggs, milk and salt & pepper to taste, then mix in the bacon mix and chopped mushrooms.

Heat a knob of butter in a heavy-base frying pan until the pan is hot and the butter is sizzling, then pour the egg mix into the pan and stir to distribute the bacon and mushorooms evenly.  As this is cooking, switch on the grill.  Then carefully place the zucchini slices and the peppadews on top of the egg mix in any pretty pattern you like (or scatter them, Jackson Pollock-like…).  Leave to cook without stirring until the base of the mixture is cooked (there will be some guesswork involved here – I usually look closely at the edges of the frittata to see if they are pulling away slightly from the pan).

Once base is cooked, sprinkle the frittata with cheese and place the pan under the pre-heated grill until the top of the frittata is completely set and the cheese is bubbling.  The egg mix will puff up a bit like a soufflé, so make sure your pan has room for expansion.  Remove from the grill, slice into wedges and serve on fresh wholewheat toast with a green salad.