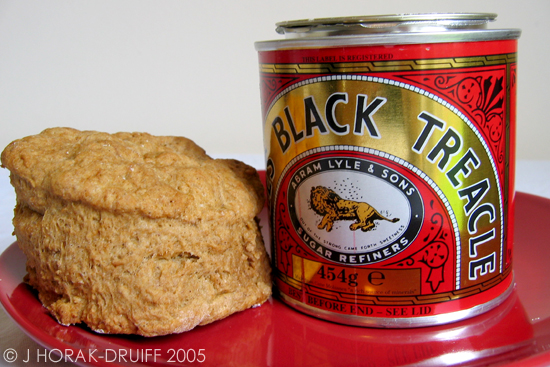 An entire community of moles decides to move tunnels across town.  So they pack up all their mole-ish possessions, sling their little bundles over their shoulders (do moles even have shoulders??) and set off across town in single file.  In front walks Daddy Mole, followed by Mamma Mole, Grandpa Mole, Grandma Mole, Big Brother Mole and finally, Baby Mole.  After a while, Baby Mole jogs up to his brother and says “Brother Mole, I smell sugar!”.  Big Brother mole replies “No, Baby Mole, I’m sure you don’t” so Baby mole returns to the back.  A while later, Baby mole jogs up to Grandma Mole and says “Grandma Mole, I smell sugar!”.  Grandma mole smiles kindly and says “No Baby Mole, you ain’t smelling sugar”, and Baby Mole returns to the back of the line.  Not ten minutes later he’s jogging up alongside Grandpa saying “Grandpa Mole, I smell sugar!”.  Grandpa Mole pats him on the head and says “No, Baby Mole, I don’t believe you do” and sends him back to his place in the line.  But it’s not long before Baby Mole arrives, out of breath, at his mother’s side where he says (in an increasingly whiney voice!) “Mamma, I’m sure I smell sugar!”.  But Mamma Mole replies “Oh no, son, you don’t”, and he trots back to the end of the line.  Finally he can’t take it any more and dashes all the way to the front of the line where his father is trailblazing.  In exasperation he exclaims “Daddy Mole, I smell sugar!  I’ve been smelling it ever since we started walking and it’s driving me crazy!”.  And Daddy Mole looks at him and says “Son, that ain’t sugar you’re smelling, it’s mole-asses!”.  🙂

Anyhow, molasses was not something I grew up with.  As child in South Africa, my experience of sugary syrups was confined to honey and golden syrup (corn syrup/light treacle and my favourite addition to a peanut butter sandwich…).  If you were really “larney” (classy), you might have had some maple syrup lurking in the pantry, but molasses was a speciality ingredient and not something we ever really had at home.  Even here in the UK, the only molasses I have seen has been in speciality (read expensive!) shops so I was a bit concerned about how I expensive it was going to be to take part in SHF.  That is, until I checked for ingredient substitutions for molasses and found out that its virtual twin in the UK is called black treacle – available from leading supermarkets – hurrah!

Now sugar cane is a splendid thing.  It produces the whole gamut of sugars, from refined white, through brown, demerera, light muscovado and dark muscovado, plus fancies like cubes and cappuccino sugar sticks.  It also produces syrups, ranging from the sweetly bland golden syrup through to the scary intensity of dark treacle a.k.a. molasses.  On the very useful Recipes 4 Us website I learned all I needed to know about treacle, so for those who are interested, here goes:

They also include some hints for cooking with molasses/treacle:

OK, so far so good.  I had studied my ingredient carefully – the next step was to open the tin.  I have to say that I respect a grocery-cupboard product where the label warns you to throw it out as soon as the expiry date is reached “as pressure may have built up in storage”!!  Whoa, stand back, I think the treacle’s going to blow!!  Fabulous.  Anyway, I opened the tin and found that black treacle resembles nothing so much as crude oil – thick, opaque and viscuous – a sugar product with serious attitude.  This is not something you’re going to drizzle onto your breakfast toast.  Had a little experimental taste and realised immediately that this was the base flavouring for a sweet that I (and pretty much every other South African child) loved while growing up – Wilson’s Champion toffees!!!  Remember the original flavour ones with the black wrapper that nobody could every decide what they were flavoured with?  Well, wonder no more.  Definitely molasses.  And so, having taken my empirical research of the ingredient as far as I could go, it was ready, steady bake.

Scones have a long tradition and are believed to have originated in Scotland, closely related to the griddle-baked flatbread known as bannock (and a cousin to American-style biscuits).  If you feel the need to know more about scones (pronounced either “skon” or “skoan” – both are correct, in an “I say tomayto, you say tomatah” kind of way), continue reading here.   As for treacle scones, pretty much all web reference to them indicate that they are a very old Scottish confection, so the recipe below does not seem to have strayed too far from the roots of scones.

They emerged from the oven looking like wholewheat scones as a result of all the spice and the molasses.  But the proof of the pudding’s in the tasting as they say – so these were duly sampled.  The recipe had suggested that they may be a bit heavy and to combat this, some of the milk could be replaced with an egg, but mine were made with all milk and I didn’t find them particularly heavy at all. They had a nice crumb without falling apart (as some insufficiently moist scones do). The taste was intriguing – rather like a scone-shaped spicy speculoos cookie. If anything, I would increase the amount of spices next time to give it a bit more spicy oomph! It certainly isn’t a sweet scone – the 1/2 teaspoon of salt came through surprisingly strongly in the final taste and the molasses lends colour and moisture rather than any hint of a sweet taste. Overall I would say these scones make an interesting change from the scones I normally make, rather than a radical departure. But I suspect that if you played around a bit with the amount of spice and treacle used, you could coax an extraordinary taste out of these.

That’s about it for my contribution. Now hurry along over to Derrick’s, this month’s Sugar High Friday host, and see if the round-up has been posted! Black Treacle Scones (from All Recipes)

Preheat oven to 425F/220C and lightly grease a baking sheet.

In a large bowl, sift together the flour, baking soda, cream of tartar, salt, cinnamon, allspice, cloves, nutmeg and ginger.  Cut in the butter with a fork or pastry blender.

Stir the milk mix into the flour mix until moistened throughout.  Turn dough out onto a lightly floured surfce and knead brifly. Roll dough out into a 1/2 inch thick round.  Cut out circles with a medium biscuit cutter and place rounds on the prepared baking sheet so that they are barely touching. (At this point you could brush the tops with egg white to make them prettier, but mine went into the over at 23h30 and I was not going to muck about with egg whites at that stage!!)

Bake in a preheated oven for 10-12 minutes.  Move to a wire rack and allow to cool slightly before serving. Makes 15.