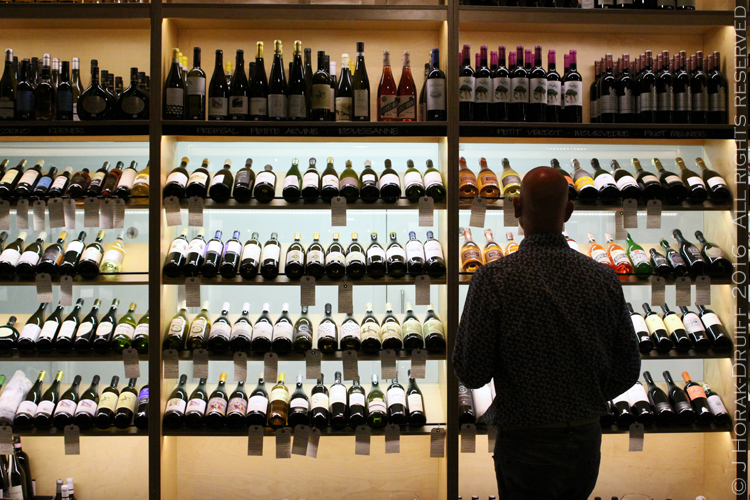 I have recently taken to exploring London on foot. Not ambling up and down the tourist routes, but rather undertaking long and brisk route marches, preferably along a stretch of river, to see how far I can get and to enjoy a different perspective on the city, rather than view it through a train or car window. One of my favourite recent walks took me from North Woolwich, across the Thames on the free ferry; past the Thames barrier and Charlton; past the O2 and Emirates Air Line and around the curve of the North Greenwich peninsula. Some of the sights that greeted me were familiar, but others were a surprise, like the massive black nets that mark the borders of the Greenwich Peninsula Golf Range.  Little did I know that a mere couple of weeks later I would be visiting the driving range a couple of tentative swings and an excellent Basque-inspired meal.

As a long-time resident of east London and an avid attendee of concerts at the O2, I am probably more familiar with than most Londoners with North Greenwich, but even so, making my way from the station to the driving range, I found myself walking streets I have never set foot on.  And then you turn a corner and come face to face with a massive driving range – two tiers of 30 “cabins” each, facing a verdant flood-lit golf driving range.  On the evening of my visit we were ushered into a private cabin where we were greeted with glasses of Cava Conde de Haro and an impromptu lesson from one of the resident golf pros. To his eternal credit, he even managed to get a decent swing and contact between the club and the ball out of me, a lifelong failure at ball sports…  And there is no denying that the view as you look out over the range, with the twinkly lights of Canary Wharf on one side and the glow of the O2 on the other, is spectacular. 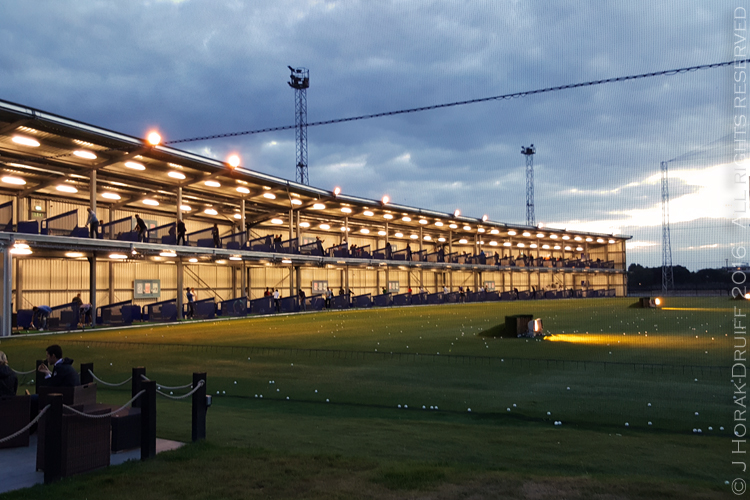 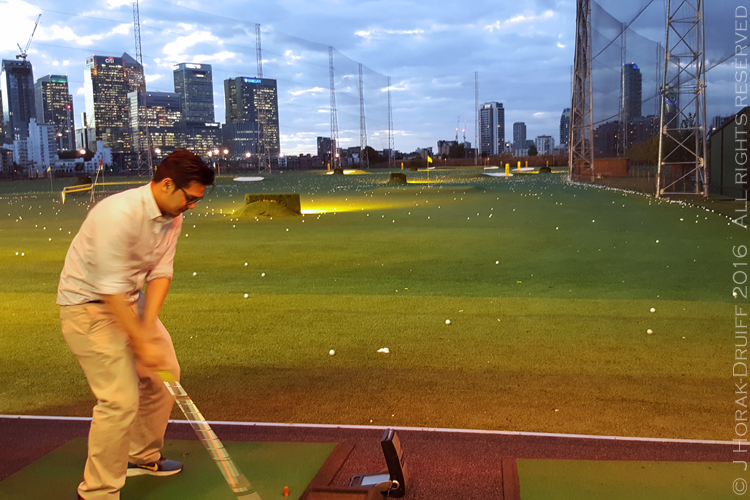 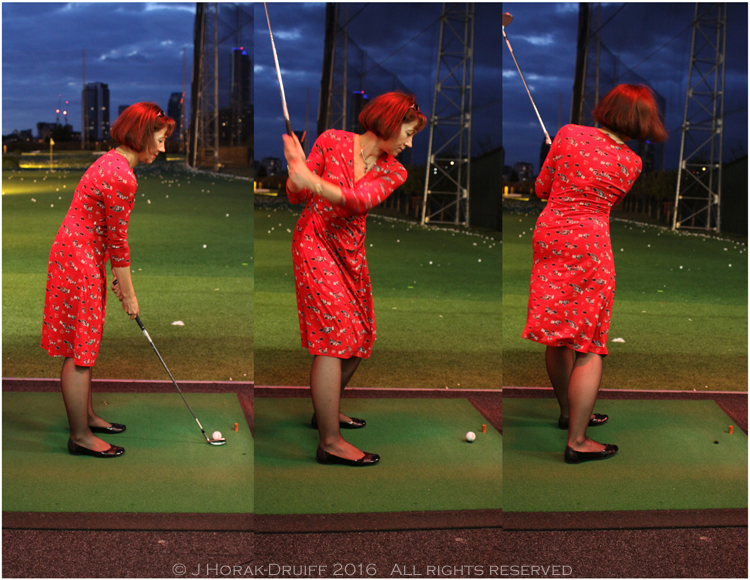 Once our group had all had a go at connecting club with ball, we retired to the on-site restaurant and main reason for our visit, Vinothec Compass, which opened in June 2015.  This casual restaurant and bar overlooking the driving  range is the baby  co-founders Arnaud Compas (a trained geologist) and Keith Lyon, who previously made the wine bar at Waitrose Canary Wharf a destination in its own right.  But if you are expecting a bog-standard sports bar-esque menu of burgers, nachos and generic supermarket wine, think again.  Not only have the co-founders put their heart and soul into curating an outstanding and eclectic alcohol offering, including 68 craft beers; 600 wines ranging from South Africa to Georgia; as well as a selection of artisan gins and whiskies – but they have also hired a Basque head chef, Idoia Guzman, who has peppered the menu with Basque-inspired signature dishes.  Between Idoia’s cooking and Keith’s inspired wine matches, we were in for a treat. 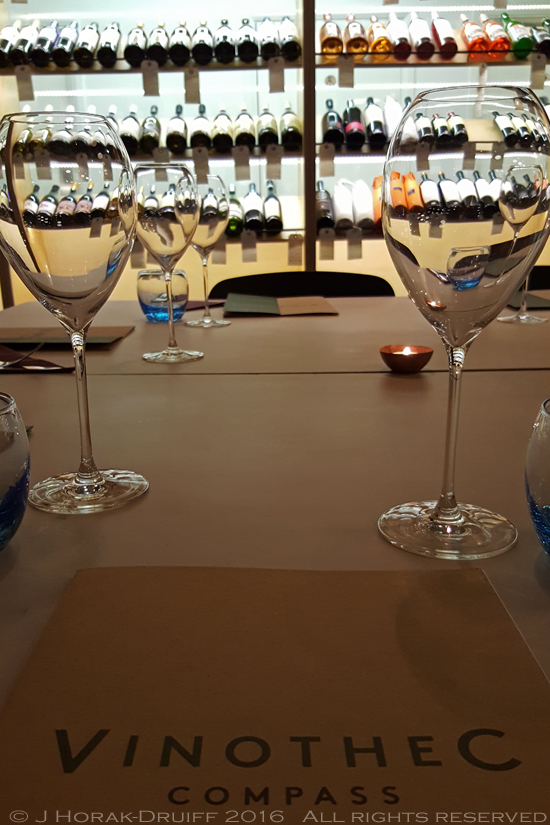 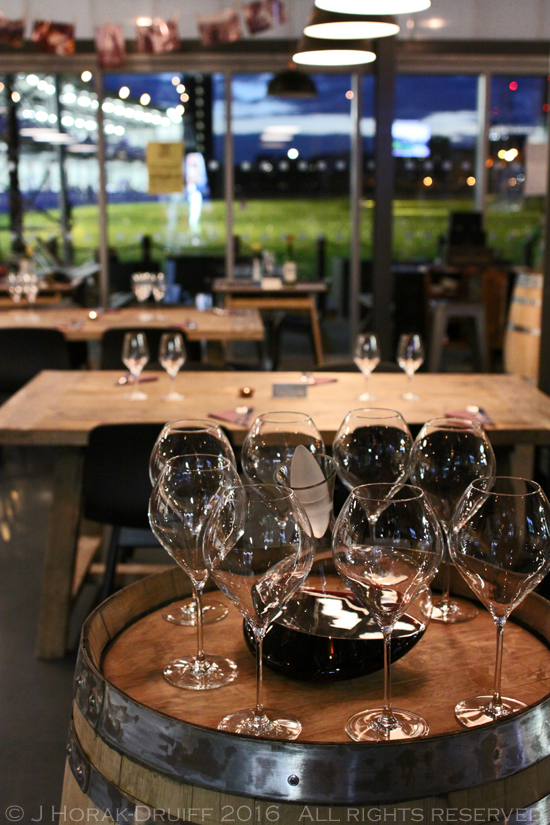 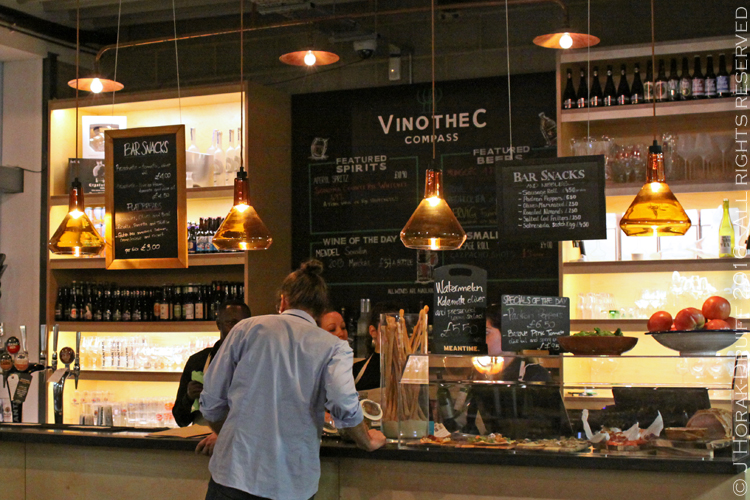 We kicked off with the Basque country’s most famous pintxo, the Gilda – a small skewer of anchovy, stuffed chilli and an olive, complemented by a glass of Itsas Mendi’s 7 Txacoli, a fresh and naturally slightly petillant white wine from northern Spain.   This was followed by indulgent shots of Jerusalem artichoke veloute, topped with a rocket and almond pesto.  Jerusalem artichoke is known to be one of the hardest foods to match with wine but Keith pulled a rabbit out of the hat in the form of the La Bota Vino Blanco ‘Florpower’, an unfortified Manzanilla sherry with enough racy acidity to cut through the richness of the velvety Jerusalem artichoke shots. 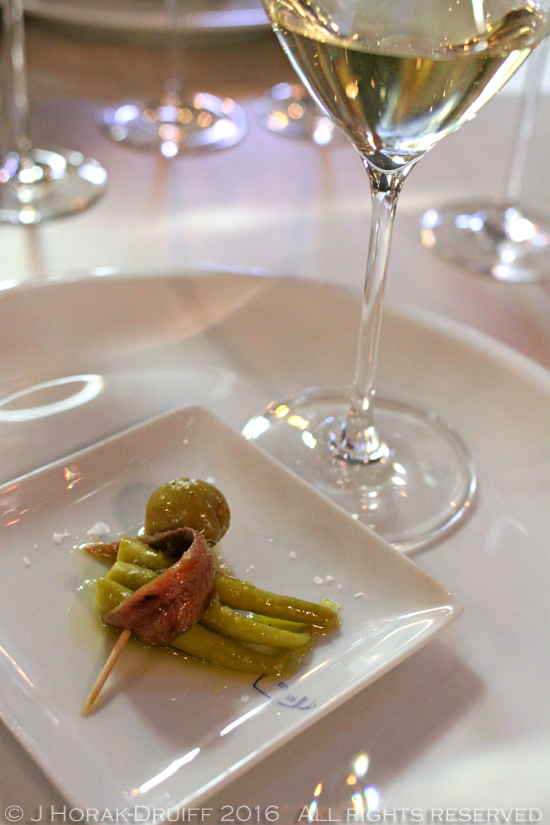 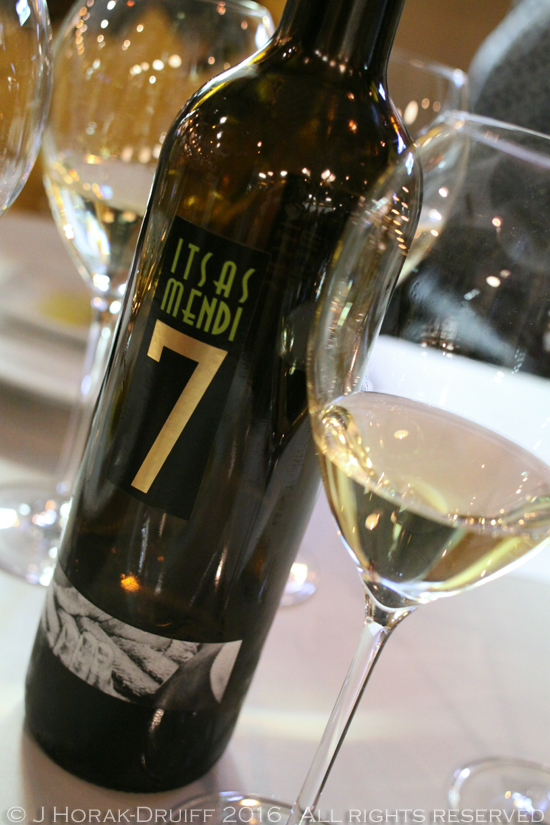 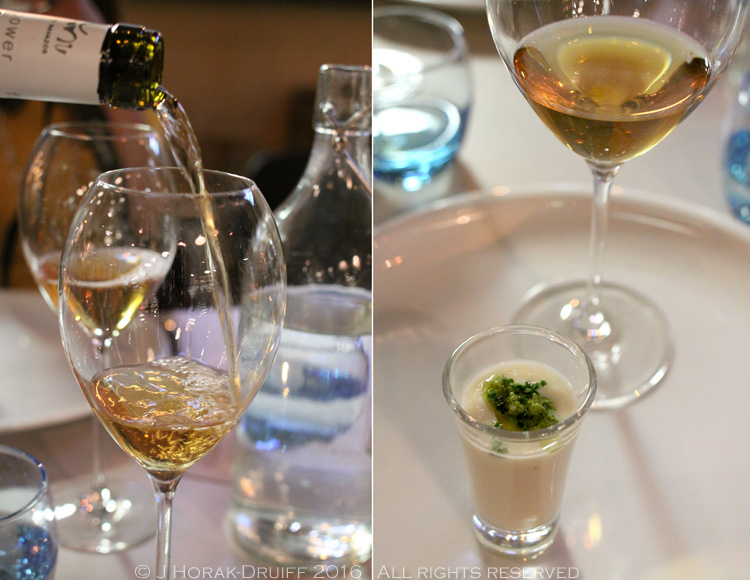 The next pintxo was my favourite: a mound of deep-coloured but surprisingly light-textured morcilla or Basque black pudding, topped with a grilled pardon pepper.  I just loved the unctuous texture and the well-spiced flavour, and it matched beautifully with a glass of Sagardoa Sidra.   This natural Basque cider was slightly cloudy and reassuringly not sweet, meaning that its clean-tasting fizz perfectly cleared the palate of the rich morcilla flavours between bites.  After the richness of the morcilla, it was almost a relief to move on to shared platters of sliced giant coeur du boeuf tomatoes topped with onions, chives and olive oil.  Alongside this we enjoyed freshly baked flatbreads, one topped with anchovy, olive and basil; and the other with ricotta, pancetta and truffle.  These dishes were accompanied by a red wine I was totally unfamiliar with:  a Badagoni Saperavi from Georgia.  The Saperavi grape is unusual in that the juice is already tinted (rather than being white as with most red-skinned grapes) so that producers don’t need to leave skins in contact with the juice for so long, resulting in deliciously supple and smooth tannins. This was an inspired match and definitely my wine of the night – so good that I bought a bottle to take home! 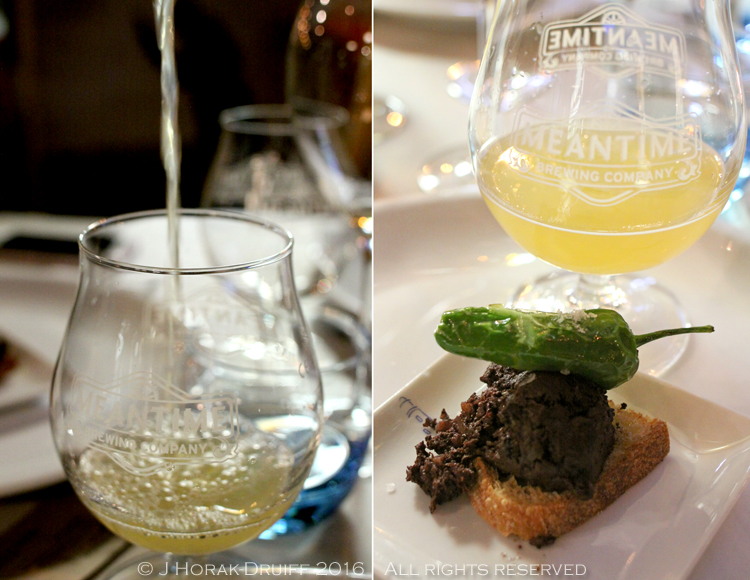 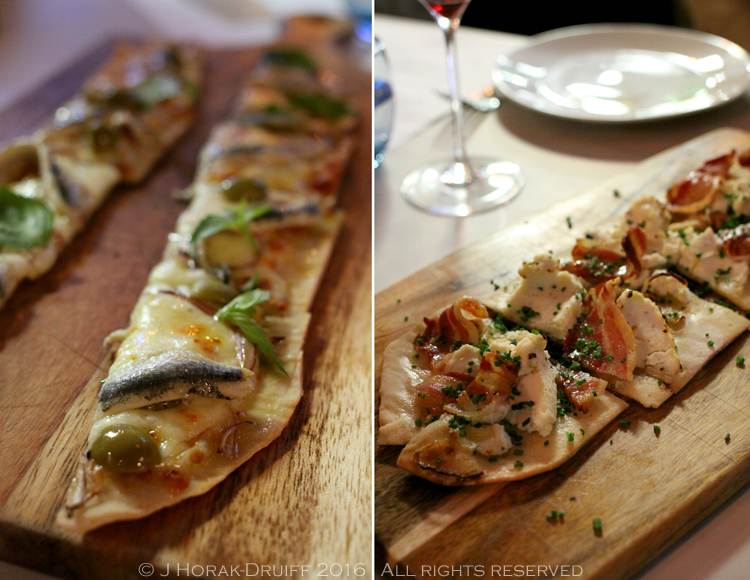 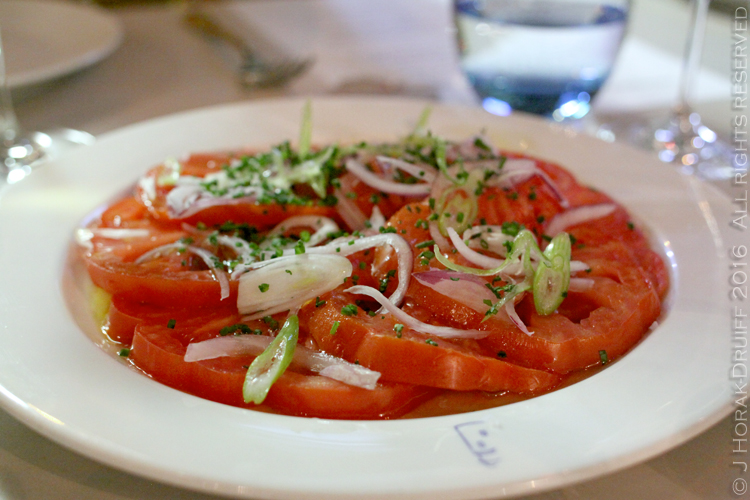 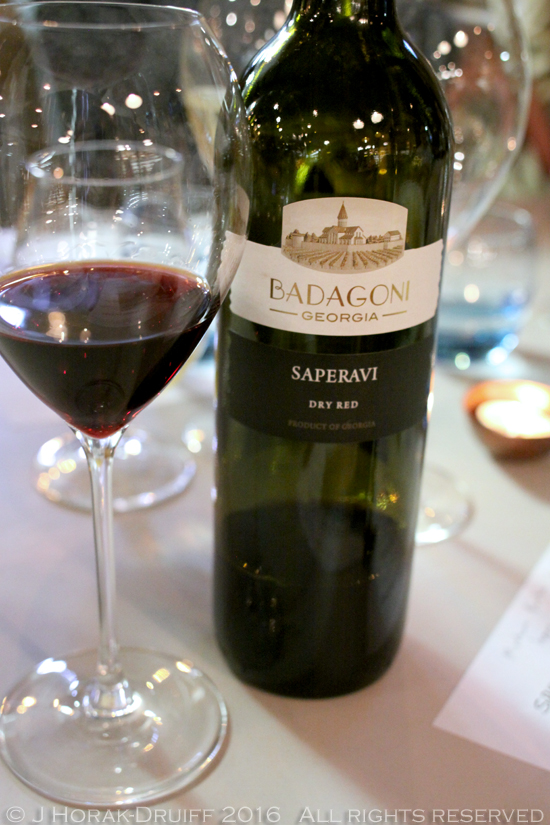 No Basque meal would be complete without the appearance of cod, and that is indeed what chef Idoia treated us to next: a fabulously moist and succulent confit of cod with a bell pepper and tomato ragu – my favourite dish of the night.  Keith’s unusual match for this was a minerally white Joan Giné Priorat.  Moving on to red meat for the next course, we were served a beautiful piece of belted Galloway onglet steak accompanied by a decadent square of sweet potato “gnocchi”, laced with a fragrant truffle sauce – indulgent and delicious. I loved the wine Keith chose to serve with this – a South African Olifantsberg Syrah from old vines in the Breede River Valley, made in a minty Northern Rhône style with subtle tannic structure that matched rather than overwhelmed the dish. 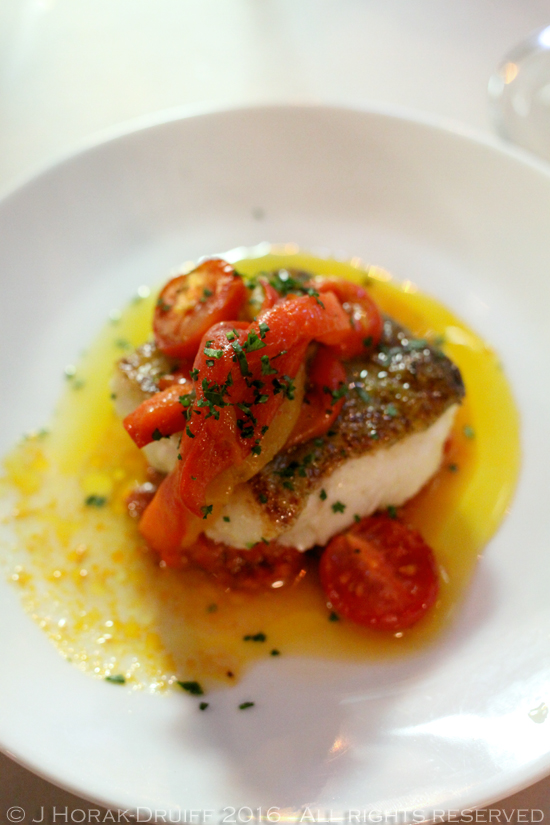 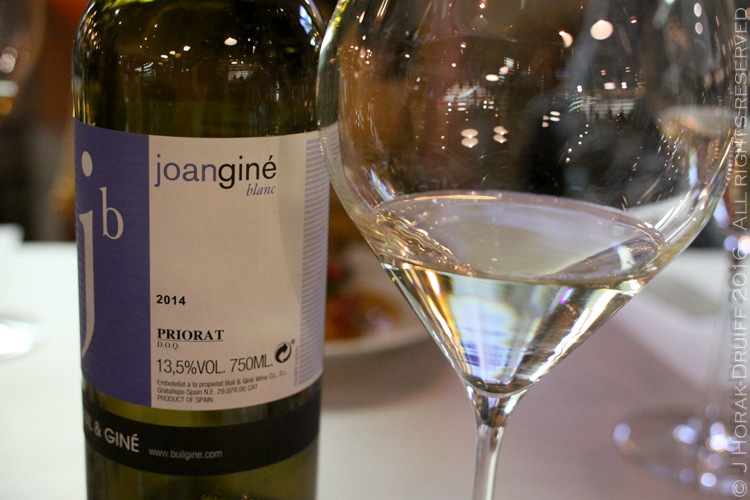 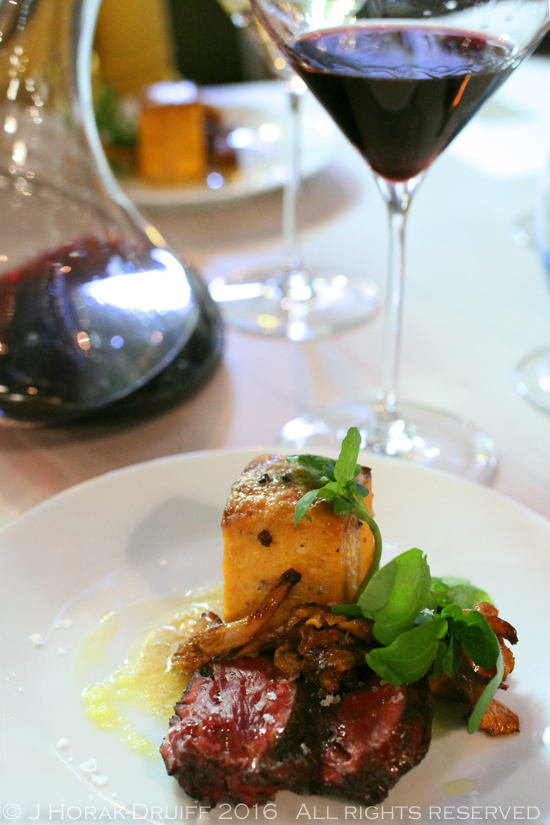 For dessert, chef Idoia gave us poached white peaches with ‘pistachio crème Anglaise’ containing a hint of refreshing rosemary.  This was accompanied by another inspired and unusual wine choice from Keith:  a late harvest, botrytised  Sauvignon Blanc ‘Moelleux’ from John & Mike Favre with a hint of peaches to complement our dessert.  And instead of coffee we finished with gorgeous little espresso cocktails using artisan Moon Roast coffee and 49% Sonoma County Rye Whisky from pot stills, aged in American oak barrels – a delightfully grown-up end to the meal. 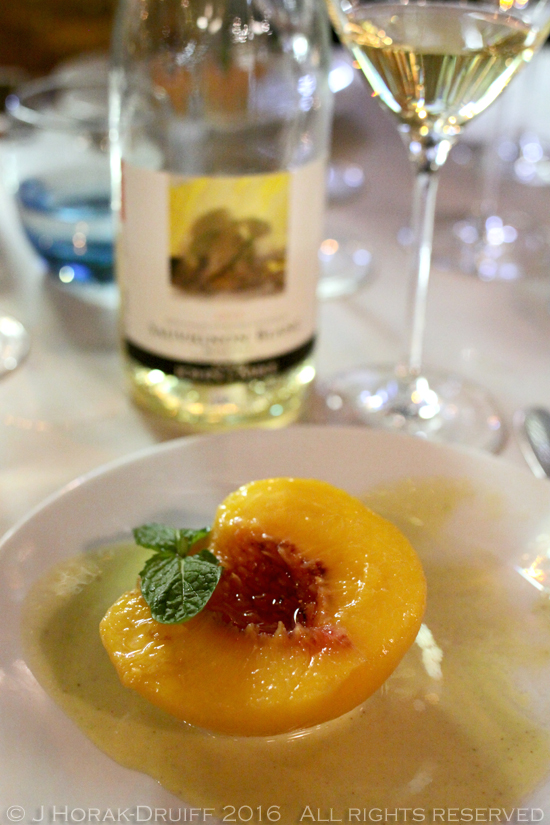 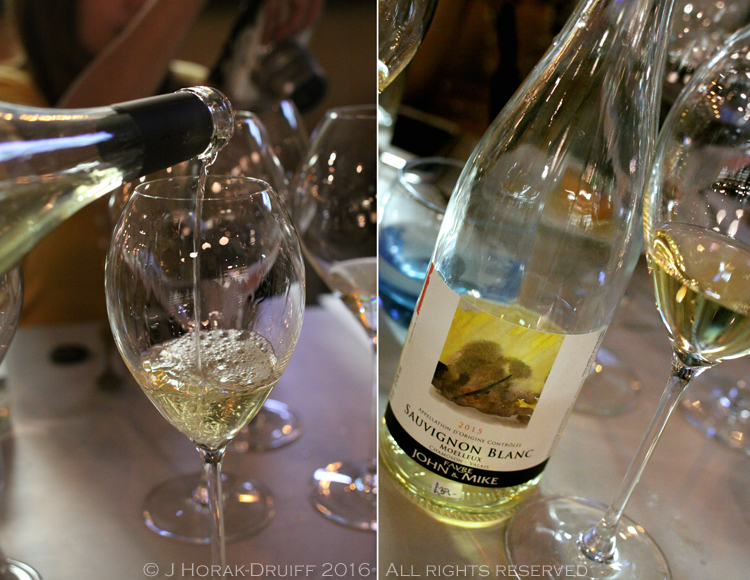 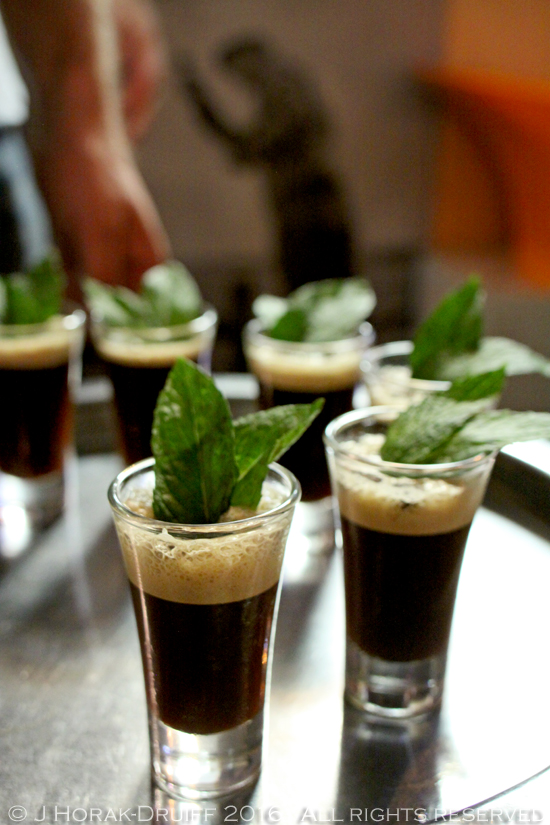 Knowing, as I do, the general quality of the food offering on the North Greenwich peninsula (i.e. an underwhelming series of generic high-street chain restaurants) I could not have been more surprised at the food and wine we were served at Vinothec Compass – even more so if you recall that the restaurant is attached to a golf driving range! Chef Idoia does an excellent job of incorporating classic Basque and Basque-inspired dishes seamlessly into a menu that also contains more familiar dishes; while Keith and Arnaud’s wine curation is nothing short of genius.  Although our wine matches were all chosen for us, customers are usually able to browse the wine wall for themselves and all the wines are also available to buy by the (reasonably priced!) bottle for consumption at home. The entire experience is well worth a trip out to the wilds of North Greenwich.

Although for now, both Vinothec Compass and driving range are sandwiched between uninspiring construction sites, they are central to a planned regeneration scheme on the peninsula which is set to include 10,000 homes, a riverside running track and tree-lined park, with talk of film studios and an international conference centre being added later.  If you fancy stopping by to whack a few balls before a meal, 120 balls will set you back a mere £12 (£10 off-peak) and 60 balls just £6. As the range does get busy with corporate events and regular users, you might want to book a bay in advance.  The cost is £40.00 per bay per hour to include unlimited balls and club hire for up to three people per bay. For more info including opening times, see http://www.greenwichpeninsulagolfrange.com.

DISCLOSURE:  I enjoyed this meal as a guest of Vinothec Compass but received no further remuneration to write this post.  I was not expected to write a positive review – all views are my own and I retain full editorial control.

« Nine things you need to eat in Singapore
Wine, pies and BBQ: An edible journey through North Carolina »