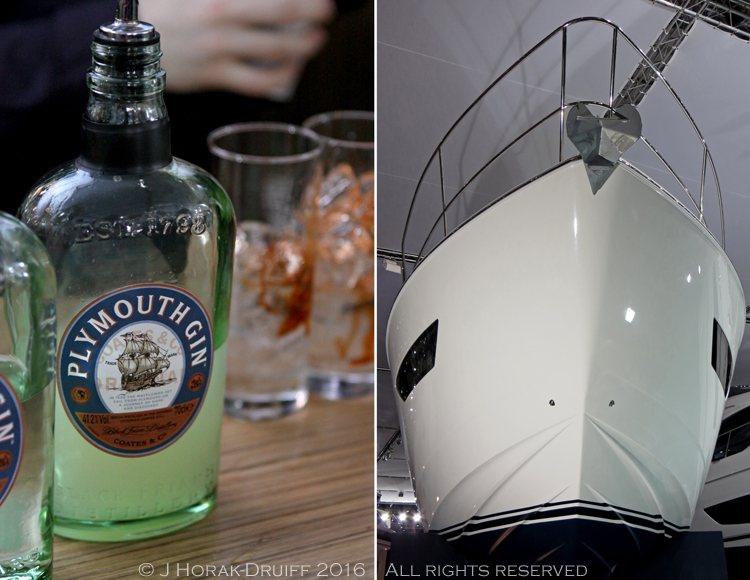 As somebody who did not grow up in London, I am perpetually perplexed by native Londoners’ preoccupation with postcodes.  As anybody who grew up in South Africa will know, our postcodes were rather vague things – four digits that represent a suburb – which could represent a few blocks of a couple of square kilometres! But here in the UK, postcodes are far more precise; a combination of letters and numbers that pinpoint an area down to the particular side of a street or a particular city block. The important part for postcode geeks, though, is the first letter or two which will tell you at a glance if the address is in east, west, north or south London. Locals have very fixed ideas on these four quadrants.  The north is kind of left-wing and intellectual, if a little boring; the southeast is up-and-coming but ill-served by rail links while the southwest is teeming with yummy mummies and their Bugaboo prams; the west is posh; and the east is… well… let’s say “edgy” and “ethnically diverse”.  So it always amuses me to see the posh rich folk in smart blazers and deck shoes mingling with the likes of me and my polyglot neighbours  on the DLR once a year when the London Boat Show comes to ExCEL.

I have been to the London Boat Show before – it’s just up the road from my house and it is hard to resist the lure of of the superyachts.  But this year there was the added attraction of Plymouth Gin launching a new cocktail at the show in collaboration with Princess Yachts. Plymouth gin’s links to the sea date back to 1620 when the Pilgrim Fathers gathered at the Plymouth Distillery building (which was the Black Friar’s monastery at the time) before setting sail for the New World on the Mayflower. Plymouth is also the home port for the British Royal Navy and for over 200 years, Plymouth Gin was the gin supplier for the Royal Naval fleet.  The city is also home to Princess Yachts, an iconic British company widely regarded as one of the finest exponents of contemporary luxury yacht design. These two iconic brands’ shared maritime heritage  has led them to develop a global partnership, part of which consists of Plymouth Gin’s support of the launch of the Princess 75 Motor Yacht at the London Boat Show 2015 with a pop-up gin bar and an exclusive cocktail, the Project 31.  Plymouth Gin is an artisanal gin made in small batches to its original 1893 recipe and it is still made in the oldest working distillery in England using Dartmoor water and six botanicals (juniper berries, coriander seed, citrus peel, green cardamom, angelica root and orris root). To celebrate the occasion, Plymouth Gin’s global brand ambassador Sebastian Hamilton-Mudge has created Project 31, an exclusive cocktail for the gin bar on the Princess stand at the Boat Show. It’s an intriguing mix of a hint of Pernod (sprayed into the empty glass with an atomiser); lemon juice; apple, fennel and sea salt syrup; celery bitters, Plymouth gin and Champagne – crisp, fresh, complex and deliciously not sweet. 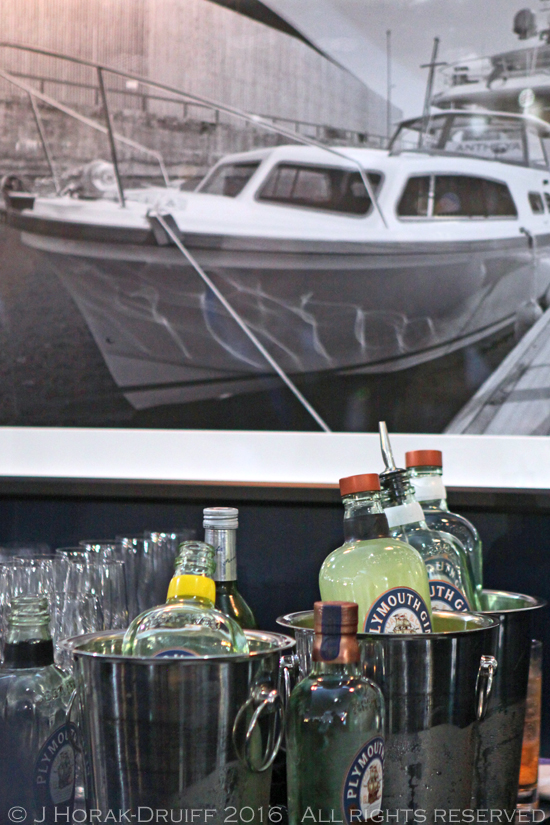 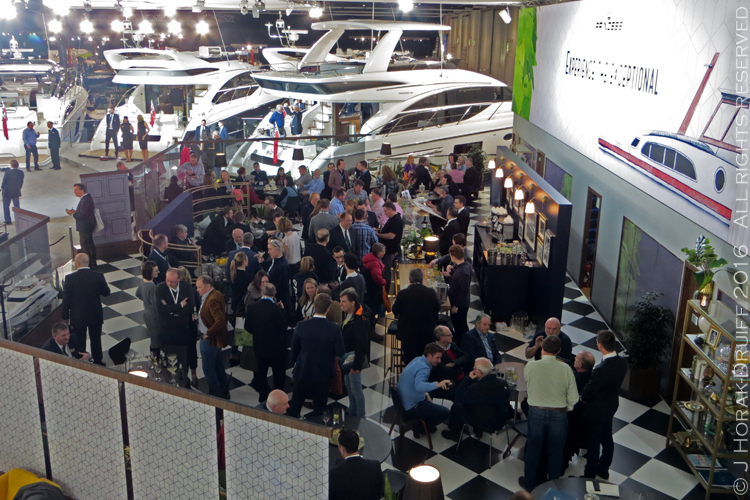 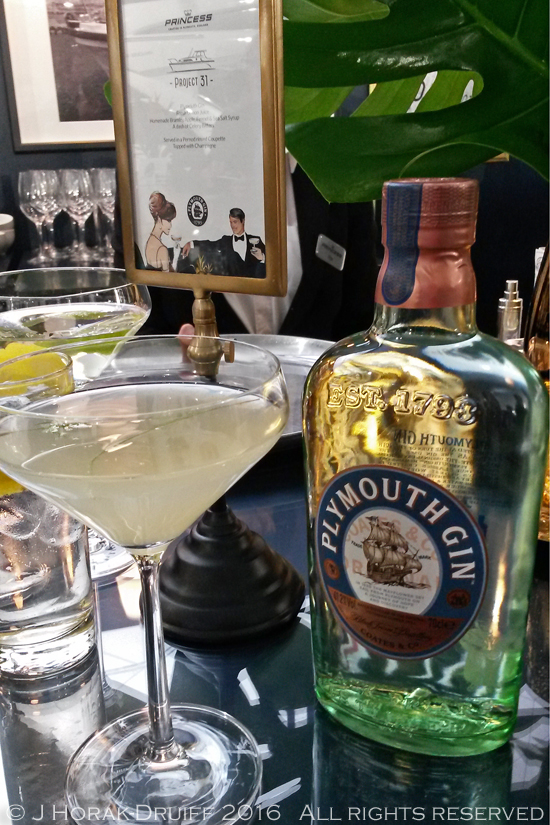 But what about the boats, I hear you ask?  The Princess stand itself is one of the largest at the Boat Show and was packed with an array of their large luxury motor yachts. But before I visited those I wanted to know a little more about Project 31 for which the cocktail had been named. It turns out that 50 years ago, Project 31 was the company’s original success story.  Over 150 of the boats were sold between 1966 and 1969, marking the beginning of the shipyard’s international success. To celebrate 50 years since its launch, Princess embarked on a project to renovate a Project 31 called Charlotte, which was on show at the stand and looking rather well-reserved for a 50-year old grand dame 😉 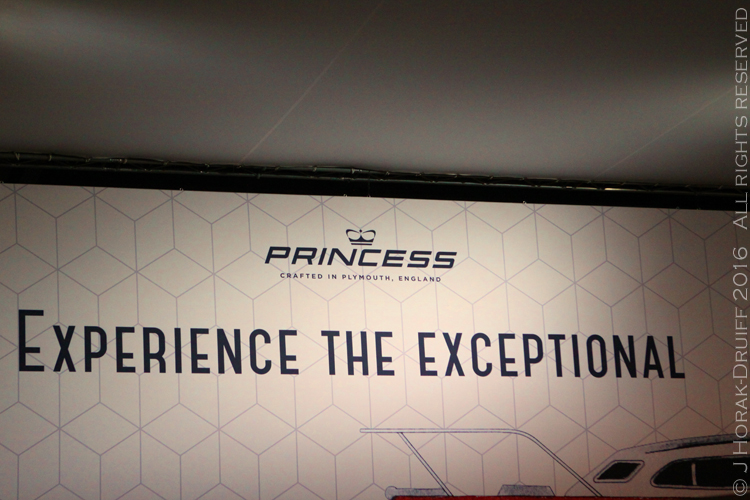 However, the lovely Charlotte was rather dwarfed by the company’s more modern products, the large luxury motor yachts for which it is best known these days.  At least half a dozen were on show on the stand and I had a look around the latest addition to the family, the Princess 75: a 75-foot, four-berth beauty of a motor yacht. Stepping aboard a brand new Princess motor yacht is a bit like stepping into a Rolls Royce.  A very large Rolls Royce, awash with plus carpets, wood panelling, pristine teak decks, shiny chrome and what I can only call “new boat smell”.  The main deck of the Princess 75 features a relaxed open-plan living area with a sizeable lounge, a foldable teak dining table and an open-plan galley with natural stone countertops, ceramic hob, microwave and dishwasher. In front of the driving seat there is also an area for sitting and sunbathing on the foredeck, as well as space for outdoor dining aft. And if you want yet more outdoor living space, there is the flybridge above, with more space for lounging and soaking up the sun, as well as a wetbar with sink, electric barbecue and drawer refrigerator. 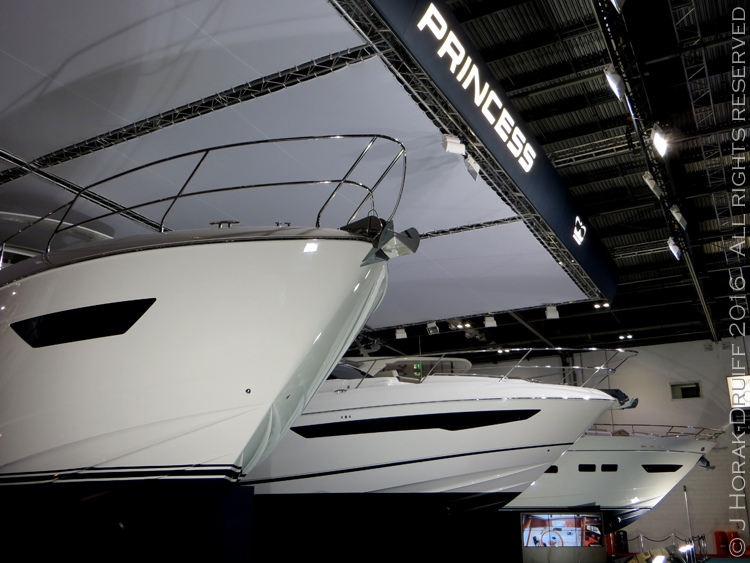 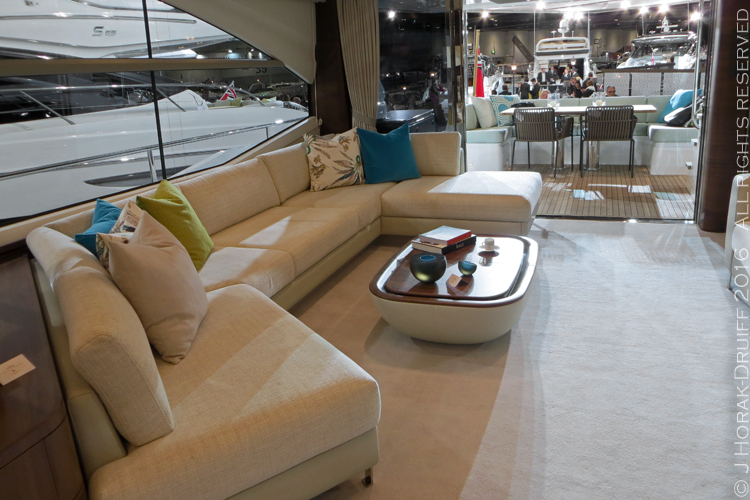 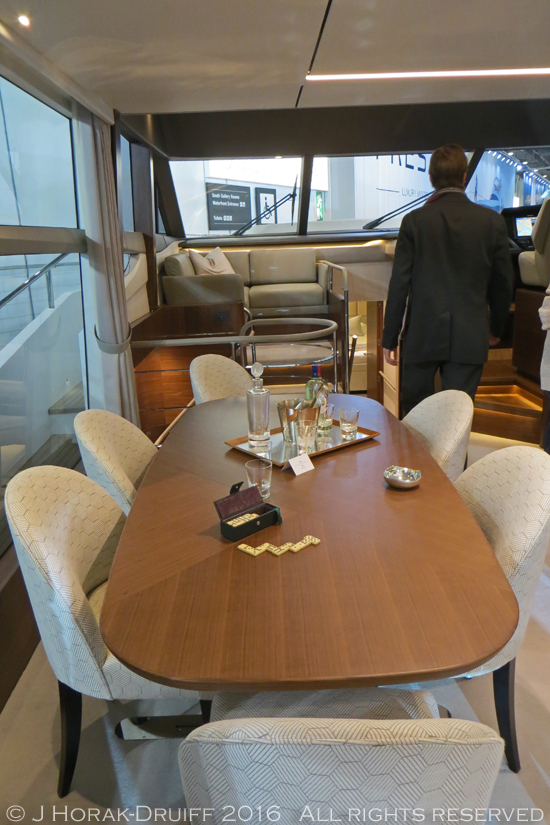 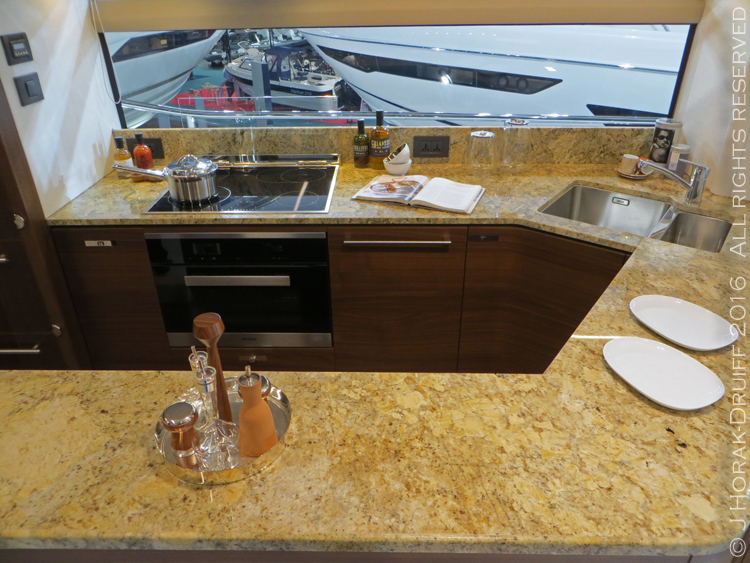 The spaciousness and luxury continue below decks with four en-suite cabins, three with double beds and one with two singles (as well as a 3-berth crew cabin at the back of the boat).  The owner’s suite also boasts a 40″ LED  TV and DVD, a sofa, a hanging wardrobe and a bathroom considerably larger than my bathroom at home with a full-size shower stall and his ‘n hers basins. I was really impressed with the size of the cabin windows and the amount of storage space that had been cunningly incorporated into the design. 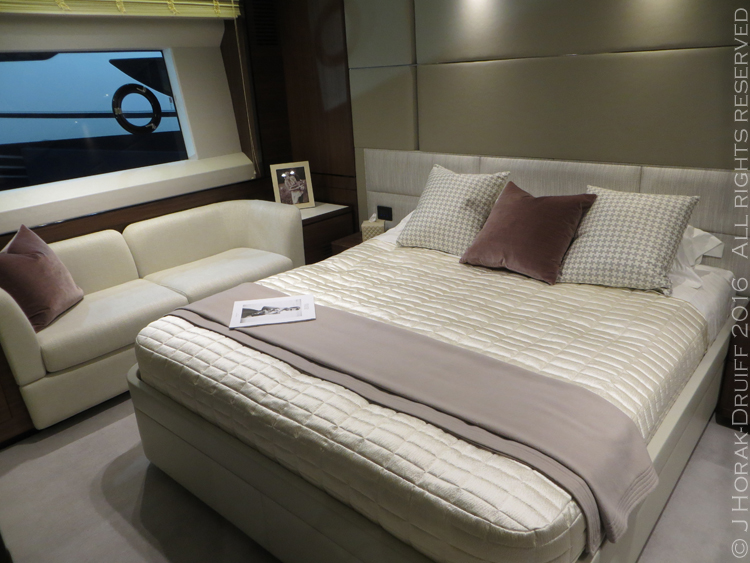 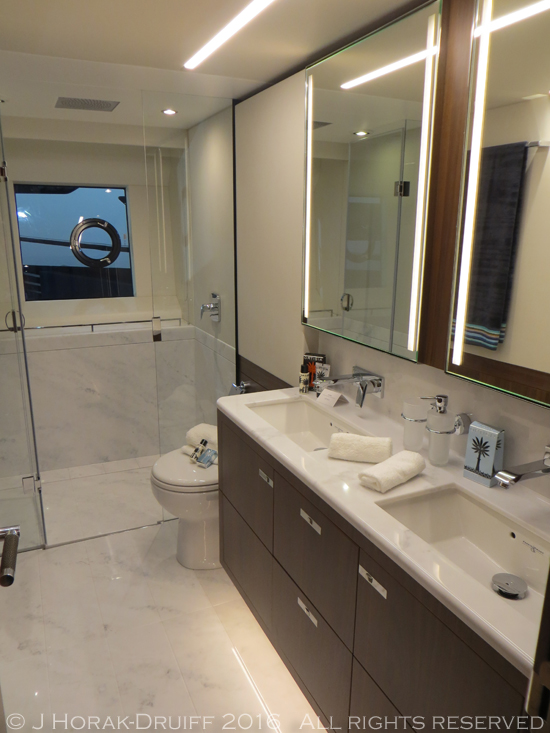 If, like me, you are sadly not currently in the market for a Princess superyacht, the good news is that you can easily recreate the Project 31 cocktail that was launched at the show.  You’ll just have to use your imagination to feel the sea breeze in your hair as you sip it 😉 DISCLOSURE:  I attended the London Boat Show as a guest of Plymouth Gin but received no further remuneration to write this post.  I was not expected to write a positive review – all views are my own and I retain full editorial control. Recipe provided by Plymouth Gin.