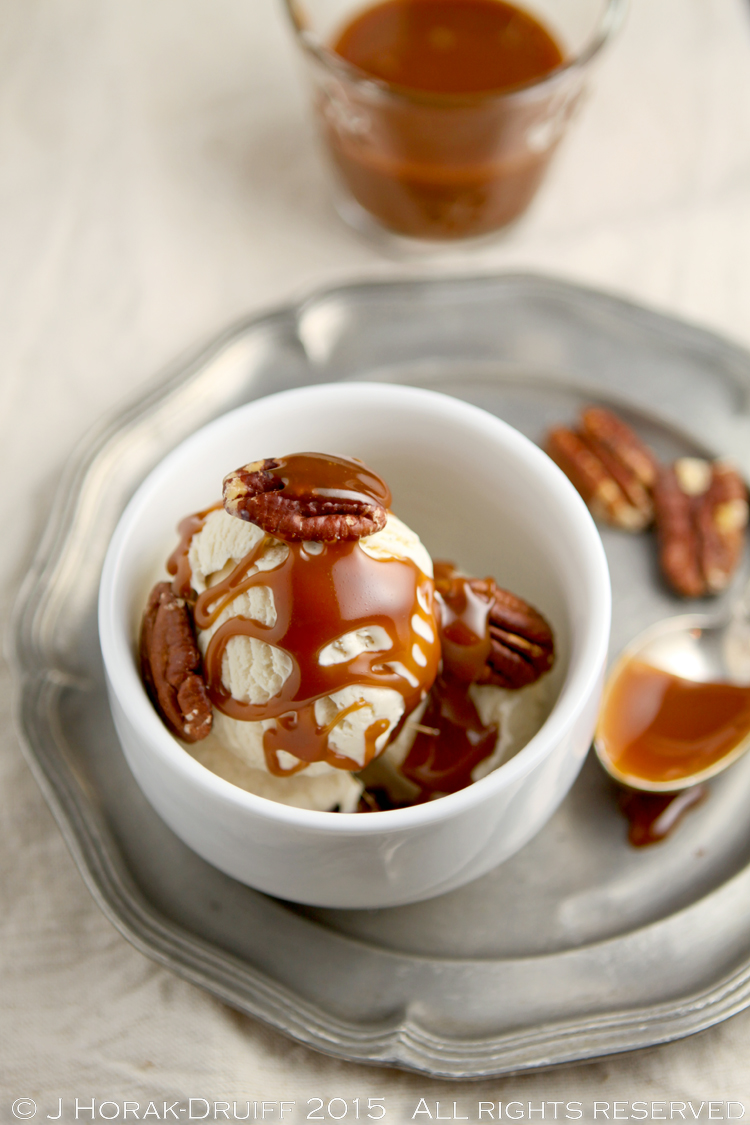 Fear.  We are all familiar with its unpleasant  mouth-drying, heart-palpitating visits, and with its capacity to severely limit our activities. It can range from an uncomfortable passing sensation to a debilitating lifelong phobia, and there really is almost nothing that does not awaken fear in  somebody on the planet, from spiders (arachnophobia) to strangers (xenophobia) to open spaces (agoraphobia) to closed spaces (claustrophobia) to cats (ailurophobia).   To those who do not suffer from a specific phobia, they can seem totally irrational and bizarre – take for example mageirocophobia. Would you believe it’s technically defined as a phobia of the kitchen – or more practically, a fear of cooking. When I first heard of it I thought it was some sort of culinary equivalent to man-flu, invented by a spouse who was particularly averse to helping out in the kitchen.  But it is in fact a real condition, although in most people it manifests as some degree of anxiety rather than a full-blown, heart racing, hyperventilating phobia.  And would you believe me if I told you almost every one of us suffers from it to some degree?

You see, mageirocophobia differs from person to person in terms of what exactly is feared, which range from social phobias to physical phobias. One of the most common manifestations is the fear of making people ill by inadvertently serving undercooked or spoiled food (“It was the salmon mousse“, as the famous Monty Python Meaning of Life sketch goes!); or fear of serving inedibly bad food, whether because of overcooking or overseasoning; or even causing harm to a guest by inadvertently serving something that they are allergic to or intolerant of.  And then there are people like me who panic when they have to prepare things that might result in injury to themselves. 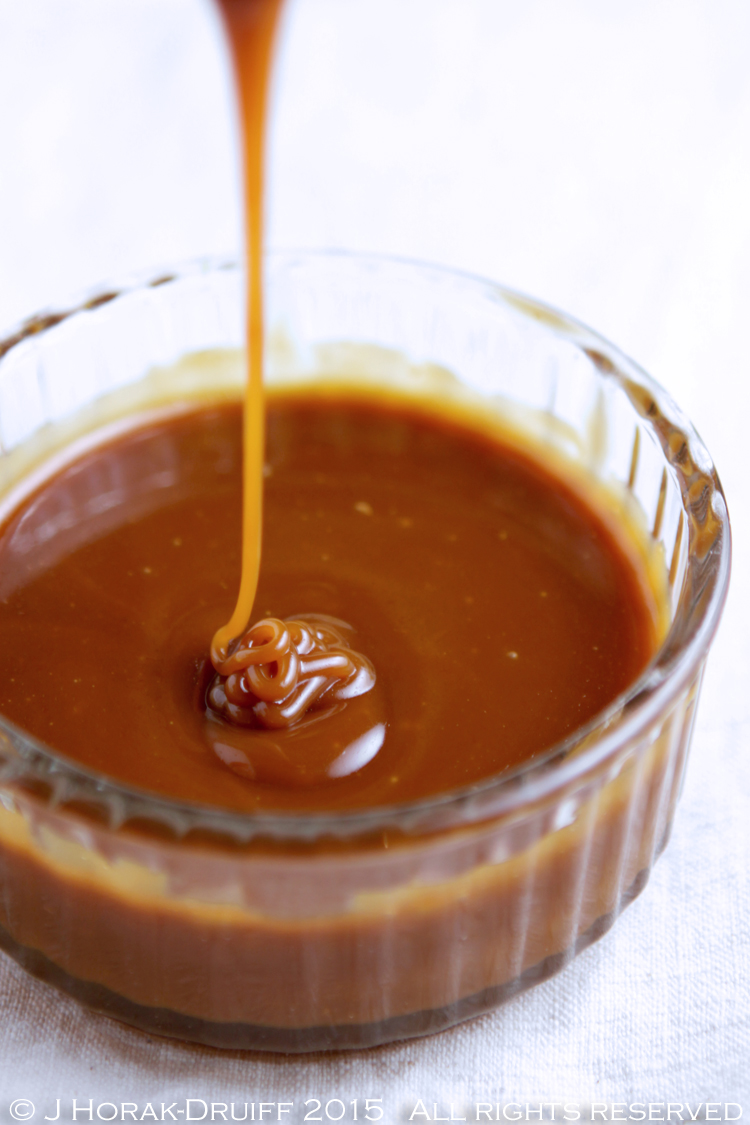 You see, I am a cut-myself-or-burn-myself kinda girl.  Sharp knives are magnetically attracted to the soft flesh of my fingers, and I have a talent for brushing up against something that’s just spent an hour in the oven at 190 degrees Celsius. Although I know I can make dulce du leche by boiling a sealed tin of sweetened condensed milk, the very thought of the possibility that it could explode if it boils dry means that it’s something I’ll never knowingly attempt. Using very sharp knives gives me weird tingles of terror down the back of my legs until Nick nervously snatches the knife away from me and offers to help. Deep frying is something that has happened maybe, umm, three times in my kitchen since I moved into my own flat in 1998. 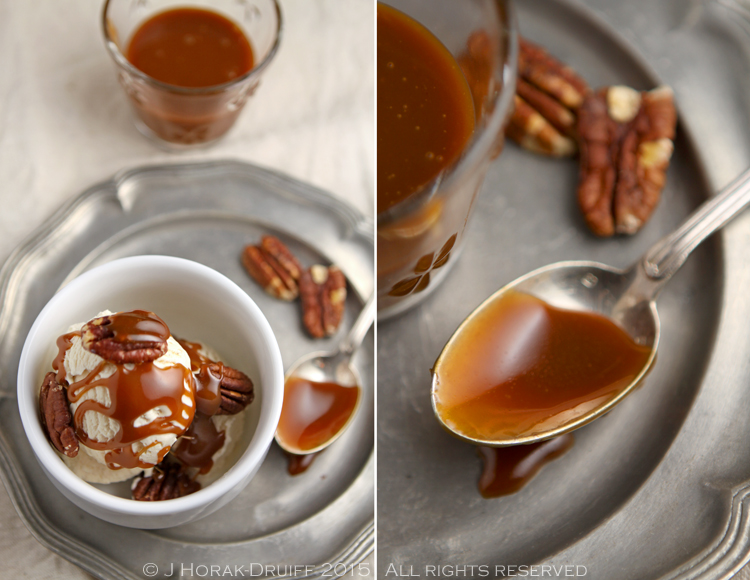 As with most of my fears, I blame my parents – I have vivid memories of my mom cooking fudge and warming us kids to stay Very Far Away from the stove as the boiling fudge was Very Very Hot. This admonishment has stuck with me all my life and although I’ve watched other people make caramel, I had never tried all by myself without adult (!) supervision… But I do love a properly salted caramel sauce to distraction and recently the longing got to be too much. (I also figured that for someone who had healed a broken femur and had a brush with skin cancer in less than 2 years, being afraid of a bit of molten sugar was starting to look a little lame!) So I downed a can of Man-Up, put on my big girl pants and headed for the kitchen where I discovered that, provided you have the right equipment, some common sense, and don’t allow yourself to be distracted, making caramel is easy peasy, and super rewarding. (Do have a look at my friend David Lebovitz’s great tips for making caramel!)

As I had agonised so long and hard about making the caramel sauce, I figured that I needed to use it in a dessert where it would be the star of the show  so I went for a simple but classic pairing with vanilla ice-cream, adding toasted pecans for both texture and an extra savoury flavour.  The end result, served at a lunch for friends, had a rather surprising effect on some guests as they clasped their bowl close to their chests and hissed “Mine!!” at anybody who approached them while there was still a hint of dessert left in their bowl.  And if that kind of compliment isn’t worth facing your culinary fears for, then I don’t know what is! 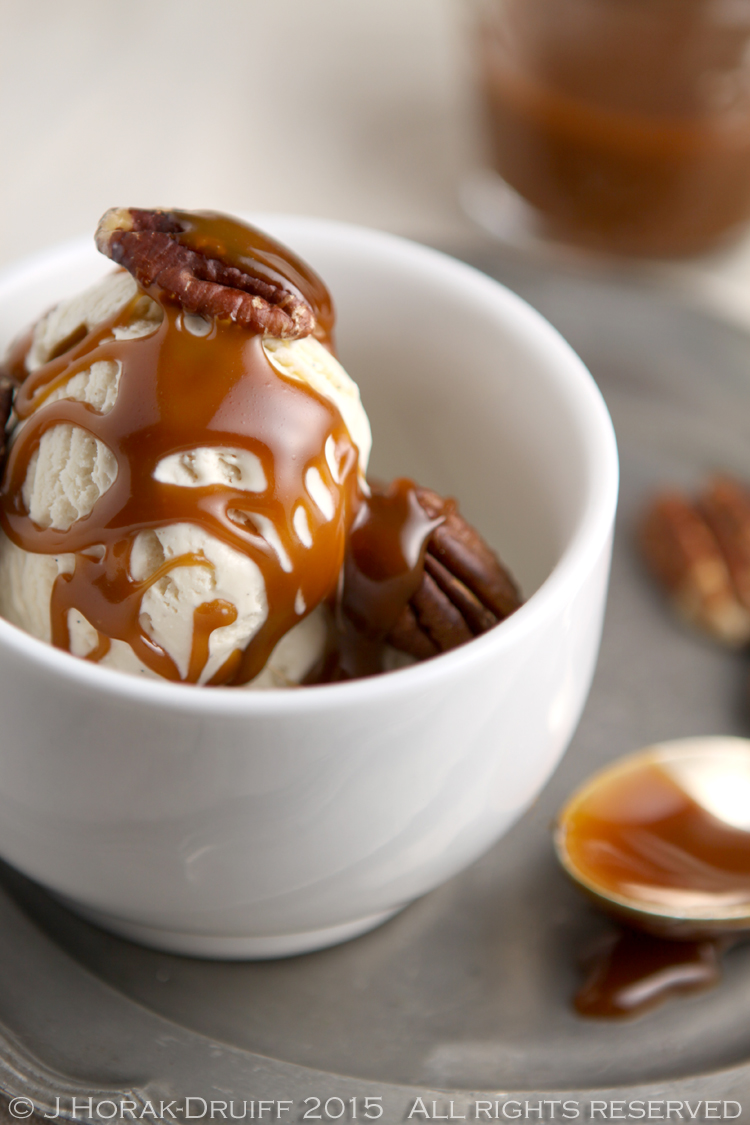 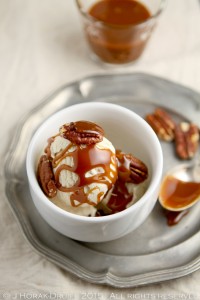 Print
Prep time
5 mins
Cook time
15 mins
Total time
20 mins
Never made salted caramel sauce? It's far easier than you think and these little salted caramel and toasted pecan sundaes give you the perfect excuse to take the salted caramel plunge!
Author: Jeanne Horak-Druiff
Recipe type: Dessert
Serves: 10+
Ingredients
Instructions
Notes
The sauce can be made in advance and kept in a sealed container in the fridge for about 2 weeks. It also freezes well if you want to keep it for longer or if you have leftover sauce.
Before serving, reheat in the microwave until a pourable consistency is reached.
Wordpress Recipe Plugin by EasyRecipe
3.3.3077
If you enjoyed this recipe you might also want to have a look at my other recipes. Alternatively, if you are a fan of salted caramel, check out these salted caramel recipes from other bloggers: