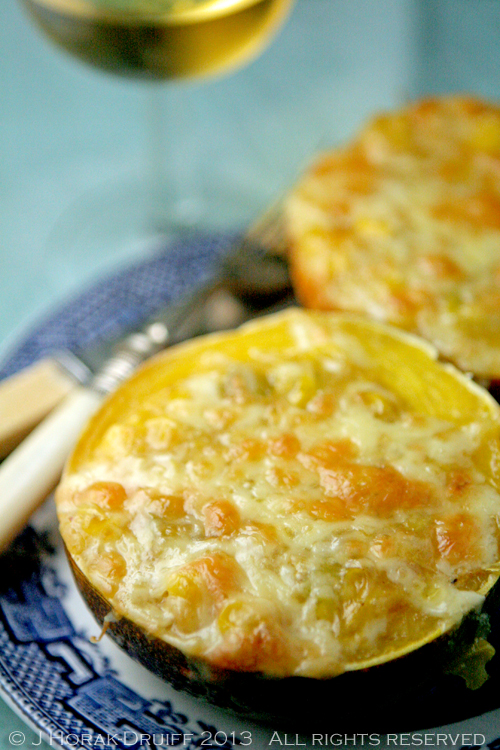 “Never make your home in a place. Make a home for yourself inside your own head. You’ll find what you need to furnish it – memory, friends you can trust, love of learning, and other such things. That way it will go with you wherever you journey.”

Wise words indeed from American author Tad Williams, but words that my father would have pooh-poohed and rejected out of hand.  You see,my father was a complicated man. Coming from comfortable but humble beginnings, he was seized at an early age by the desire to make something more of himself – more than his parents had been, or than his friends aspired to.  If we view his life through the prism of modern pop psychology, you could probably make out an argument that he was trying to fill the void created by the older brother who had died before my father was born and whose death shaped much of my father’s childhood. He went to university (the first in his family to do so); obtained two bachelor’s degrees before studying medicine; joined the South African Air Force; traveled abroad; cultivated a very suave Errol Flynn look;  developed a taste for expensive cars and Edith Piaf – and in many ways, put as much cultural distance between himself and his roots as he possibly could.

And part of this new image that he had carefully constructed for himself was the house that he bought soon after he married my mother.  He was already 45 at the time with one failed marriage behind him and had moved to a new city to start afresh.  The house my mother fell in love with at the first viewing was, to say the least, avant garde for the early 1970s in provincial Port Elizabeth.  Designed by a Japanese architect as the dream home of a local Greek businessman, the house not only occupied an unusual narrow sloping plot but was also built in a rough-plastered, open-plan  style that was simply unlike anything else in town at the time.  My father loved the gasps of surprise when visitors caught sight of the two-storey tall front door, or emerged from the entrance hall into the massive open-plan living area with its floor to ceiling windows overlooking the valley.  But it was more than that.  My father was a complete home-body and he loved the privacy and seclusion of the house perched on the edge of the valley; he loved the abundant bird life and the big garden; and I think he loved the memories of myself and my brother growing up there and what an idyllic time it had been for all four of us. 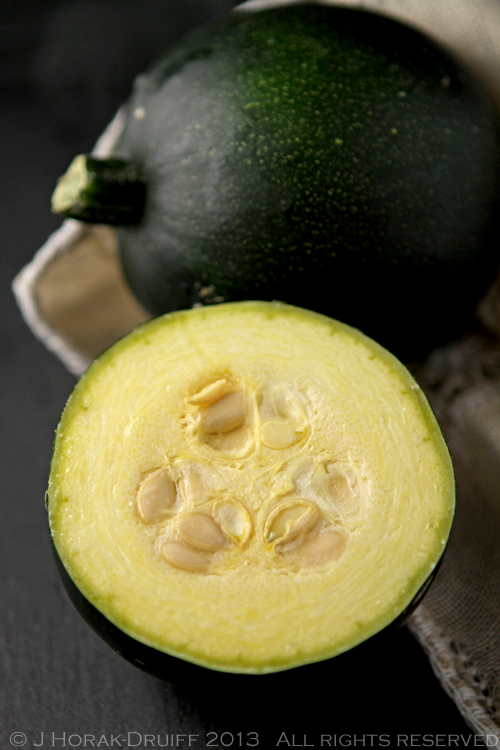 My father’s tailor once joked with my mother that my dad had a “high RC factor” – resistance to change – and boy, was he right. Why go to a new restaurant? At least you knew what you were getting at the old favourite.  Why watch a new movie?  At least if you’d seen it before, the plot would be less confusing the second time around?  When we were teenagers, this was infuriating but amusing – but when my mom became wheelchair bound in a house with 9 separate levels, my father’s absolute insistence on staying in the home he was used to became a massive family problem. Even after my mother’s death, when we gently pointed out that a four bedroom sprawl of a house on so many levels was possibly not the best place for a man in his eighties to live alone, he became incensed and shouted at us “The only way I am leaving this house is in a box!”. As it turned out, he left eight years after my mom, not quite in a box but carried out on a stretcher with a shattered hip, never to leave the hospital again and never to return to his beloved house.

That was two and a half years ago, during which time I have slowly packed and stored or brought to London the things I wanted to keep.  So you would think I would have been prepared for the e-mail this week saying the house was finally empty of all the detritus of forty years of life and that the new owners were collecting the keys.  But instead the words hit me like a punch to the stomach.  Memories of the minutiae of my thirty years of living in and loving that house threatened to overwhelm me. The smell of my father’s wooden desk and the slippery feel of the black leather desk chair against your legs. The delicate tinkle of the wind chimes that they had brought back from Mauritius, announcing the tentative beginnings of a cooling breeze on a sweltering day. The sunny patch on the floor of my bedroom where I faithfully wrote in my diary every weekend. The parties and the teenage lovelorn heartaches and the elaborate weekend-long games and the sleepless giggling sleepovers and the anniversary dinner we served my parents in the conservatory under African skies. All gone, lost forever, swept away by the relentless tide of the passing years. It has taken me a few days to regain my equilibrium and for my unhappy heart to realign itself with my head (which knows that the sale of the house is both necessary and good) and the quote at the top of this post has often been on the tip of my tongue during this time, like a kind of mantra  reminding me of my father’s folly of making his home in a concrete place, and the necessity of not repeating his mistake. 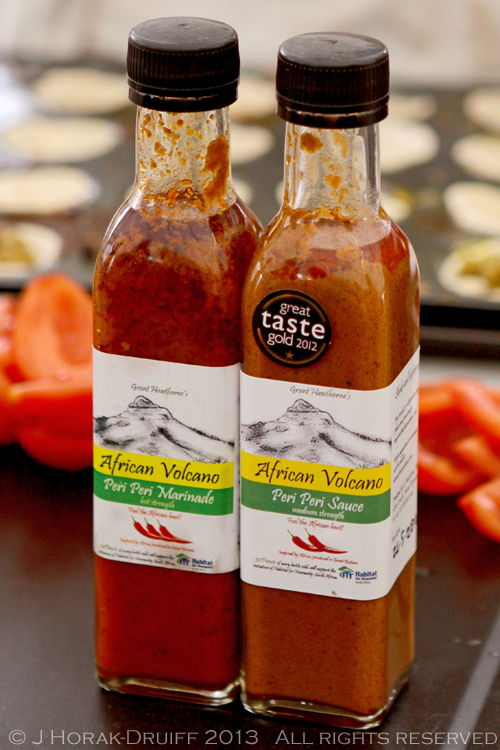 One of the ways in which I have attempted to make home something I carry with me is by often making recipes or using ingredients that I remember from childhood. Often, obtaining the specific ingredients was difficult and required special trips to South African shops.  But last week I received a small hamper of South African goodies from UK online supermarket Ocado, to announce that fact that they have recently started stocking a whole range of imported South African groceries.  My hamper included Maltabella (a malted sorghum porridge that many of us grew up on as kids); Ouma buttermilk rusks; Mrs Ball’s chutney (a South African essential); NikNaks (like twiglets but cheesier and better!); Simba potato crisps in Mrs Ball’s chutney flavour; Steers monkeygland sauce (don’t worry, no bushmeat involved!); Romany Creams chocolate biscuits; a Lunch Bar chocolate and (oh joy!) Koo creamed sweetcorn. A box of heaven, really! 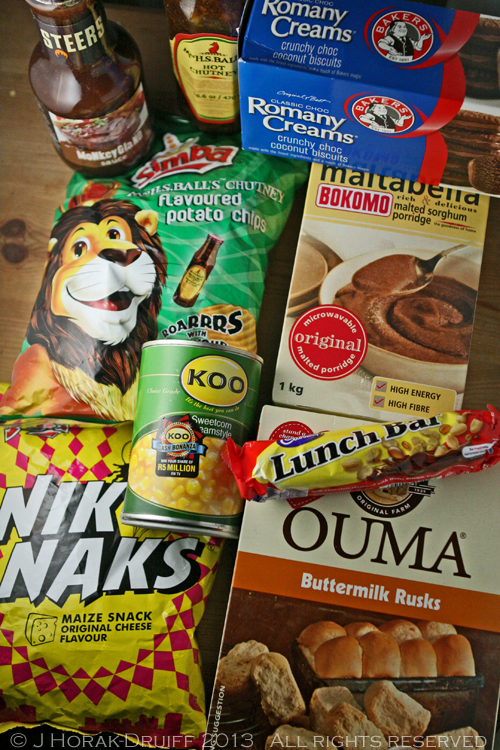 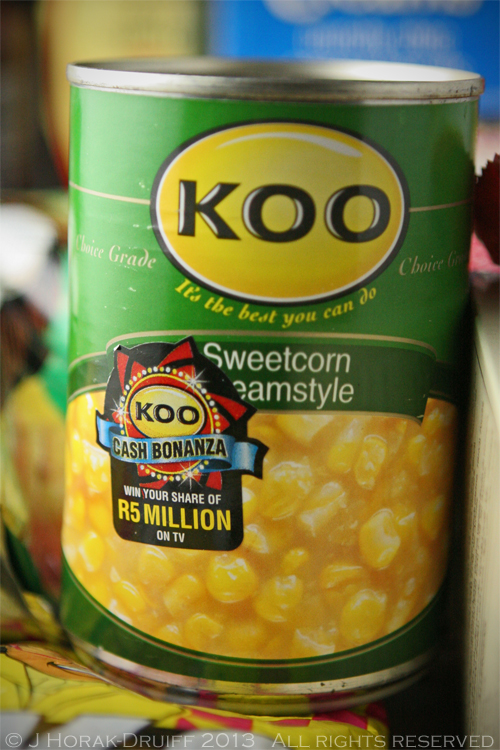 This year was also the first year that we grew gem squash on our new allotment.  For those of you not born in South Africa, here is a quick gem squash primer.  For the South Africans among you, these emerald green beauties will need no introduction and to our delight they loved the sunny position Nick chose for them where they could climb up the boundary fence. The minute the Ocado box arrived and I saw the creamed sweetcorn, I knew immediately what dish I would make:  gem squash filled with sweetcorn and topped with cheese – a childhood favourite. To add a little zing, I called upon another South African, the talented Grant Hawthorne and his truly astonishing African Volcano peri-peri sauce.  I was lucky enough to meet Grant at Taste of London this summer and get a bottle of both his sauce and his marinade, and Nick has been slowly depleting our sauce supplies ever since. The sauce has an excellent flavour – fresh, citrussy, zingy and spice all at once – fully deserving of its  in Great Taste Award in 2012.  Before Nick could finish it all, I salvaged a teaspoon or so for this dish and I can confirm that this is going to become a new tradition in our house.  It’s never too late to have a tasty childhood. 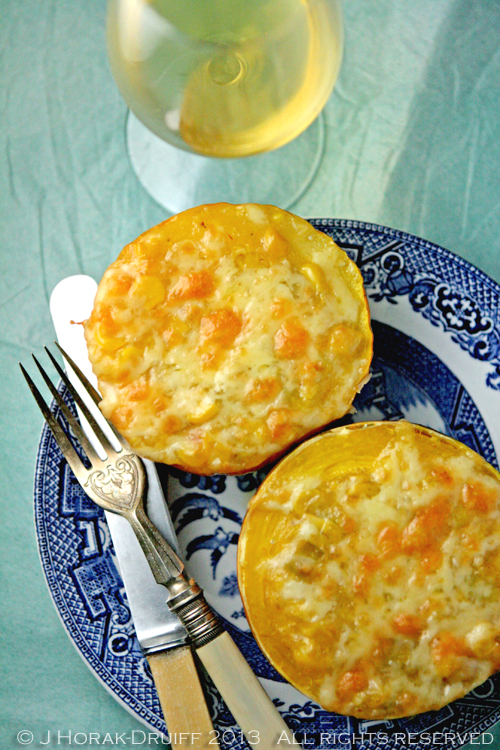 DISCLOSURE: I was sent the South African goodies as free samples from Ocado and was given the per-peri sauce as a free sample from Grant Hawthorne.  I received no other remuneration to write this post and all opinions are my own.