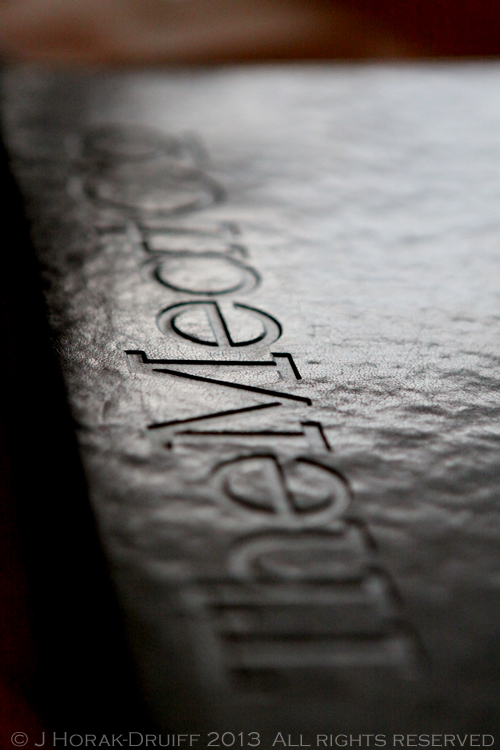 One of the questions that I am asked on a regular basis when people hear I am South African is “where can I find a good South African restaurant in London?”.  Given the fact that there are about 500,000 South Africans living in the UK, you’d think that this would be an easy question to answer – but it isn’t.  For homesick South Africans, there are of course the numerous branches of Nando’s (a brand that originated squarely in Johannesburg, despite its Portuguese slant) and the odd outpost of Spur Steak Ranches (again, a quasi-native American theme despite its South African roots). But neither of these (nor Cape Town Fish Market) will tell you much about South Africa’s broad culinary heritage.  Places like the B Bar, Vivat Bacchus and High Timber are all connected to South Africa and their menus nod in that direction but none of them want to be seen as a themed restaurant; and then there is the utterly weird Shaka Zulu which is more of a pan-African theme park than a South African restaurant.  In fact, until recently, I would have said that Chakalaka probably provides the closest experience to what you’d find in a restaurant in South Africa, with their game-heavy menu and boerewors served with (of course) chakalaka.  So when a press release popped into my inbox mentioning that The Meat Co. (formerly the Meat & Wine Co.) in Westfield had just won an award for best South African restaurant in London, my ears pricked up.

South African restauranteurs Costa Tomazos and Bradley Michael established FoodFund International in 2000, a venture with which they hoped to bring South African hospitality to the world.  The first Meat Co. restaurant (their flagship brand) opened in Johannesburg’s Montecasino complex, with the aim of creating a unique and enjoyable steakhouse dining experience catering for meat lovers in a sophisticated yet relaxed environment.  This was quickly followed by a second location in Darling Harbor, Sydney and today the group comprises 13 restaurant sin prime locations in South Africa, Australia, the Middle East and the UK.  The group sources the finest quality meat from around the globe and age it themselves before it is flame grilled to order and served by people with a passion for service. As testimony to their commitment to excellence, The Meat Co. was named as winner of the South African Restaurant of the year in the 2013 in the  South African Achievers Awards, an award structure established to recognise and celebrate UK-based South Africans who push boundaries to succeed, help others,  and do their country proud.  Specifically, their award recognised The Meat Co.’s efforts to bring South African cuisine and culture to the world. 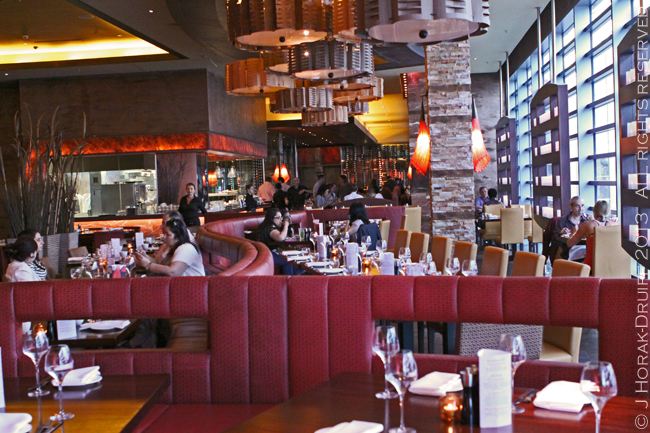 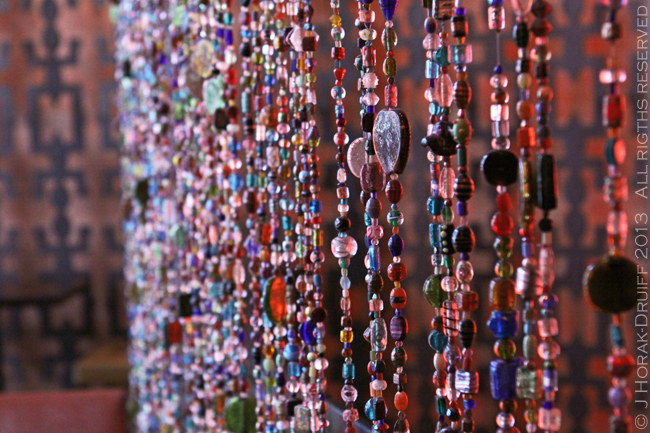 The restaurant is located in the strip of restaurants and shops located outdoors on the fringe of the Westfield mall itself and occupies spacious premises over two floors. We started with cocktails and drinks al fresco on the terrace leading off the ground-floor assegai-shaped Puza bar – there is a good cocktail (and mocktail) menu and most are priced under £8 which makes a change from Central London.  After drinks and introductions we headed up the rather grand staircase to the dining area.  The dining room is decorated in Africa-inspired earth tones and flame orange with a rather mesmerising bead “curtain” running along the staircase and hundreds of bottles of wine in glass display cases forming an unusual backdrop.  Tables are large and generously spaced (unusual for London, but very evocative of South Africa!) and service when we visited was outstanding.  Our server (from Johannesburg, I believe) was knowledgeable, friendly and helpful in a way that you seldom encounter in London.  We were told that the servers regularly taste the dishes on the menu so as to enable them to make meaningful recommendations to diners, rather than the disinterested shrug that often follows a request for recommendations.

The wine list is extensive (60 wines or so) and spans the globe, from Australia via Europe to the Americas with a good selection of South African wines (of course!).  It’s nice to see premium South African reds on a London wine list including the iconic Meerlust Rubicon (£71) and the Boekenhoutskloof Chocolate Block (£63) which we had, but I was surprised to find no South African sparklers or dessert wines on the menu.  Prices range from under £20 for a bottle – with a good selection in the £20-£30 range – to £480 for a first growth Bordeaux but almost all the wines are below £100. The food menu is divided into starters, salads, steaks, burgers and other specialities such as ribs, skewers and a couple of vegetarian options; and before we chose our server presented us with an impressive platter of raw meats and explained to us in impressive detail how the different cuts of steak differ.  You can choose between various cuts of British beef aged for 30 days; or North American grain-fed beef aged for 35+ days; and if you wish, you can also create your own custom steak and seafood platter combo. 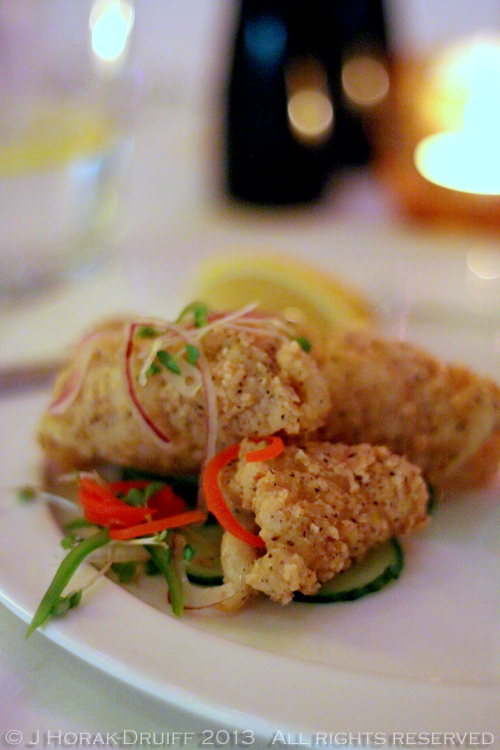 I chose to start with the salt & pepper calamari with Nam Jim sauce (£8.00), but was sorely tempted by both the boerewors with chakalaka and the roasted bone marrow.  If, like me, you have difficulty with decisions there is also a tasting platter which features a selection of the greatest hits from the starter menu.  The calamari arrived faultless – a feather-light crispy coating and melt-in-the-mouth tender calamari pieces – nicely offset by the spicy, salty, sweet and sour sauce. A good choice. 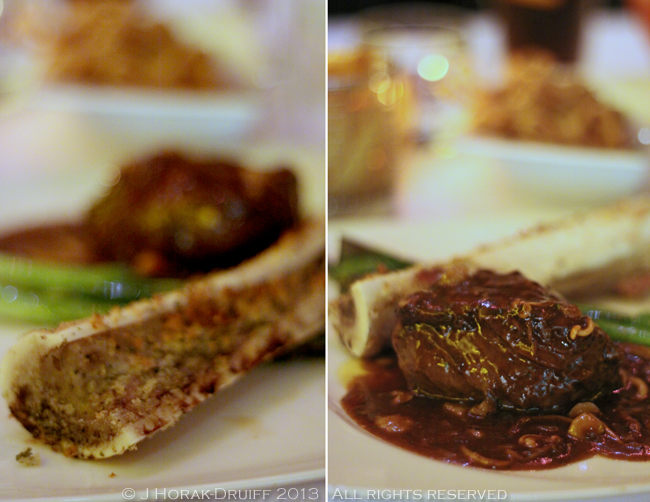 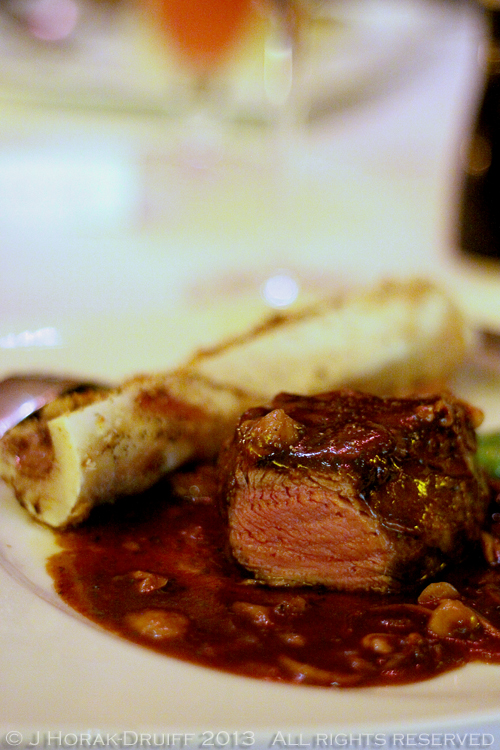 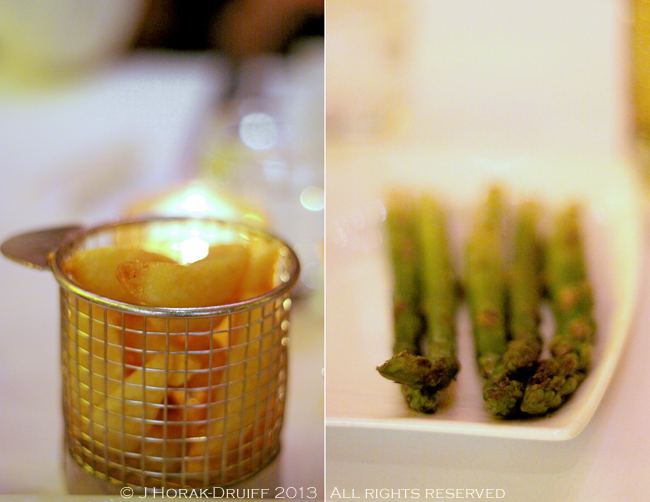 For my main, I decided to satisfy my marrow craving go with the bone marrow fillet – a basted fillet steak served with herb-crusted roasted bone marrow and Bordelaise sauce (£45 for 200g). This was, in a word, superb. The steak was thick enough that it retained a perfect rosé colour throughout without being bloody, but was nicely charred on the outside.  The flavour was lovely and rounded as only properly aged meat can be, and Bordelaise sauce was decadent, full of intense meat and red wine flavours punctuated by morsels of poached bone marrow.  There was also a marrow bone split vertically into a length of abotu 10cm and roasted with a herby crust to yield indulgent mouthfuls of fatty marrow contrasted with the crisp herb crust. It was a standout dish (if a little rich!) and I particularly loved that the marrow was far more accessible than it usually is in bones sliced crossways. On the side, I had the hand cut potato chips and the grilled asparagus, both of which were pleasant if unremarkable. 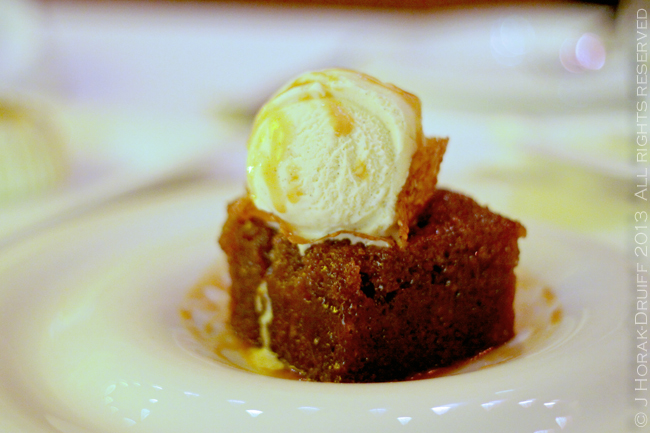 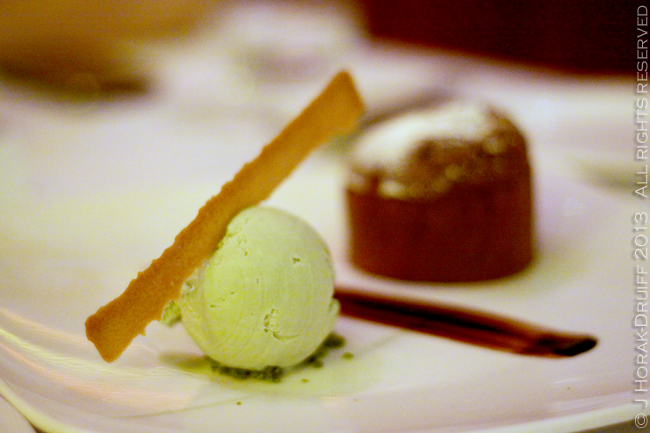 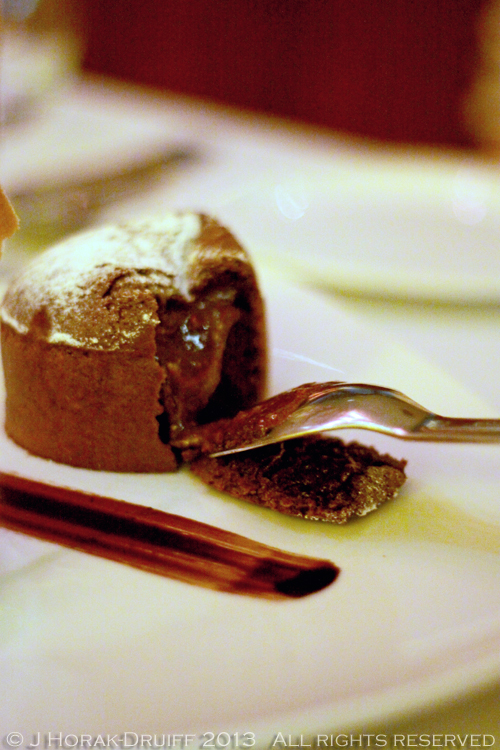 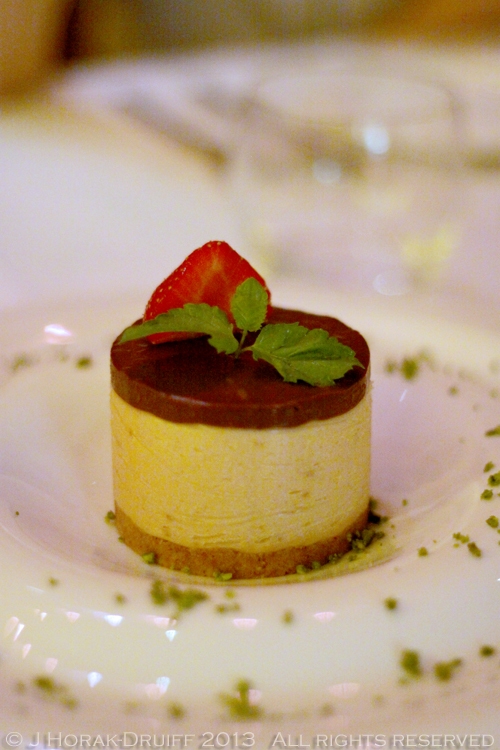 If the short dessert menu also sends you into an agony of indecision, fear not – as with the starters it is possible to have a dessert tasting platter and try a little bit of everything.  As we had a large party, we simply ordered one of each ( more or less!).  Pride of place goes to the classic South African malva pudding (£6.50), Nelson Mandela’s favourite dessert from which £1.00 of every sale at The Meat Co. is donated to the Nelson Mandela Children’s Fund.   This South African classic is rather like a particularly decadent sticky toffee pudding – a baked, spongy pudding doused in an apricot jam-based syrup and served with ice cream.  It was rich, sticky and comforting – the kind of pudding I would easily cross town for. Another hit was the hot chocolate fondant with pistachio ice cream (£7.50)  This was a fantastic fondant packed with the flavours of bitter dark chocolate and pistachio in the oozing heart of the fondant; and the ice-cream was pistachio-flavoured rather than almond flavoured, my personal barometer of good pistachio ice-cream. A plate of assorted ice-creams and sorbets was also available, although I did not try this – I was saving space for the peanut butter cheesecake (£7.50).  It’s very hard to exaggerate just how awesome this was – like the love-child of a cheesecake and a Reese’s peanut butter cup and completely addictive.

Was it an authentic South African experience?  Well, yes, actually – both in terms of the service and the menu which would not look out of place somewhere like the hugely popular Butcher Shop and Grill, a Johannesburg steak institution.  My steak-loving husband always complains that the steak here “is not like it is at home” but I think even he would struggle to find fault with The Meat Co.  And if the steak does not keep him happy, there’s always the biltong (air-dried beef) and droëwors (air-dried sausage), both specially made for the restaurant).   As an added bonus, The Meat Co. also has an approved Halal menu and do not use alcohol in any of their basting sauces, table sauces or prepared dishes.  Kosher steaks are also available on request (72 hours’ notice required.) The prices are not cheap  – what I had would have cost in the region of £100 (assuming sharing a bottle of wine), but it is possible to pop in for a cheaper steak or even a burger at a fraction of the cost.  Alternatively, save up and treat your self – it’s still cheaper than a flight from London to Johannesburg!

Liked: the excellent steak, the friendly staff, the South African vibe
Disliked:  nothing
In a nutshell: Ignore the fact that it is in Westfield – you’d never know, and the steaks & service are fabulous
Wow factor out of 10:  7.5

DISCLOSURE:  I enjoyed this meal as a guest of The Meat Co. but received no further remuneration to write this post and all opinions are my own.