You are here: Home / Recipes / Vegetarian / How to make fried stuffed zucchini flowers 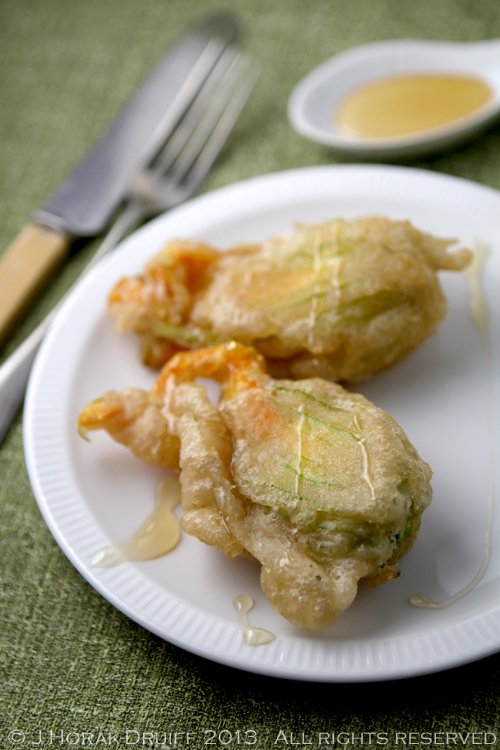 There is a wonderful anecdote that I came across recently that purports to date back to the days of British colonial rule in India.  The British government had become concerned about the number of venomous cobras at large in the city of Delhi and decided to combat the problem by offering citizens a bounty for every dead cobra that they handed in.  At first, their plan seemed to work as people brought in dead snakes and reports of snakebites dropped.  But, human nature being what it is, entrepreneurial locals soon realised that if they bred cobras, they could kill them, hand them in and generate a steady stream of bounty income for themselves and their families.  When the government realised what was going on, they immediately ended the bounty programme, leading the breeders to set their newly-worthless snakes free and thereby actually exacerbating the wild cobra problem.

Ah – the law of unintended consequences, which teaches us that the real-world consequences of actions you take may be very different from the intended consequences that seemed so logical and obvious. For example, IT departments encouraging people to devise strong passwords full of punctuation and capitals has led to more people writing them down to remembering them, thus totally cancelling out all the benefits of a strong password.  Or Nick finally, after four years of waiting, obtaining an allotment and me having visions of his bringing home baskets of fresh vegetables and berries and herbs… and instead, he brings home a kitten. 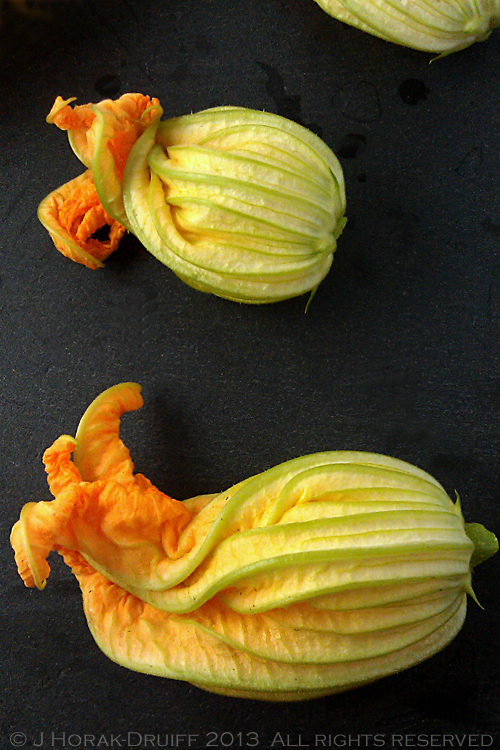 Another of the unintended consequences of the allotment is all the by-products of our intended crops.  We initially grew radishes only for their roots, to add peppery notes to salads.  However, it turns out that you can sautée the greens as well in a little garlic butter, and serve the glazed radishes whole on top of them.  And while the beetroots we have grown have been as delicious as expected, the surprise was how tasty the beet greens (usually long gone by the time a beetroot reaches the local supermarket) are when cooked like spinach (and how much prettier with their red leaf ribs!). And then, of course, there was the unintended consequence of the zucchini tsunami.  “Plant no more than two plants” said Nick’s allotment-holder friend. “Nonsense”, said Nick, “we love zucchini!”.  Clearly he had not read the brochure about how much each zucchini plant can produce in a season (something ridiculous like 50), and planted ten plants.  So to control the insane deluge of increasingly hefty zucchini, I have taken to nipping the problem in the bud, so to speak, and cooking the flowers before the fruit can swell to the size of a baseball bat and frighten everybody. 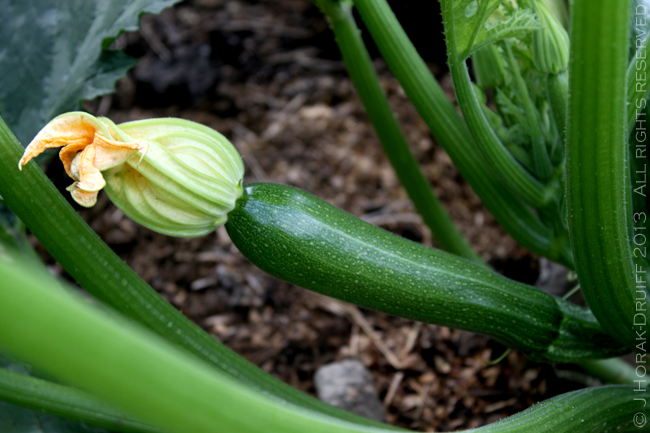 Deep-fried zucchini flowers is one of those dishes that you don’t expect to eat outside of a restaurant.  The first time I had them was at the Salt Yard a number of years ago and I have been hooked ever since. But they are not something I ever thought I would make in my own kitchen.  For a start, there is the difficulty in getting hold of them – they have a shelf life measured in hours rather than days, so unless you have your own plants, they are a rarity.  Then there is the faff factor which, I admit, is high particularly if you have not done them before.  But in all honesty, there is nothing technically difficult about it – just leave yourself ample time to make these.   You can pick the entire baby zucchini together with its flower, or you can do as I did and twist the flower off the end of the fruit.  They are best picked on the day that they close – still fresh and unblemished but the right shape to hold some filling. 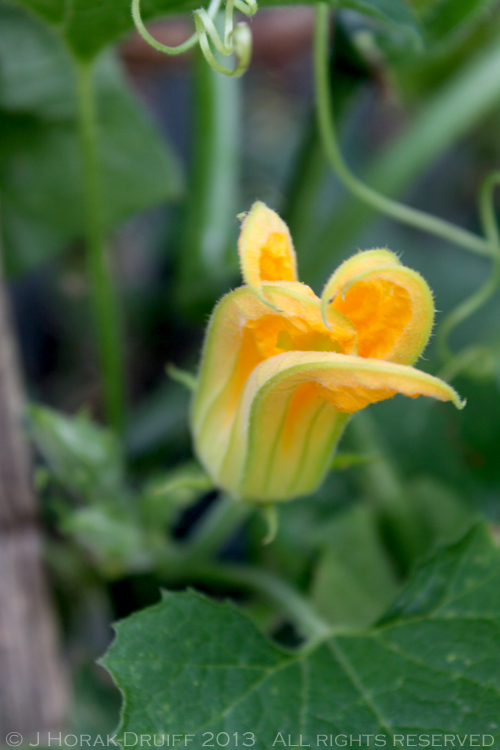 The end result is nothing short of sublime: crunchy, creamy, salt, sweet and pretty, and it matched rather nicely with a bottle of 2007 Les Vignerons du Pallet Muscadet Sèvre et Maine Jubilation Le Pallet which I picked up on my recent trip to the Muscadet region. Les Vignerons du Pallet are a collection of nine growers who work together to produce and market their wines and all fall within one of the three newly-designated Muscadet crus communaux.  But if you are expecting a bone dry, pale, minerally glass to match with your oysters, this is not it.  One of the most surprising things I discovered in Muscadet is that although we tend to view them as young drinking wines, the wines actually age spectacularly well on the lees.  This particular wine announces its unusual nature as soon as the first drops are poured into the glass, all buttery, rich lemon yellow. The nose is heady and filled with mirabelle plums, lemon marmalade and peppery notes, together with buttery notes of oak.  The palate is fresh and fruity, but enhanced by a smooth, buttery richness and a minerally complexity – beautifully balanced and far more similar to a Vouvray than what I’ve always expected of a Muscadet. Its richness proved to be a great foil for the creamy filling in the flowers – a very happy consequence indeed – intended or not! 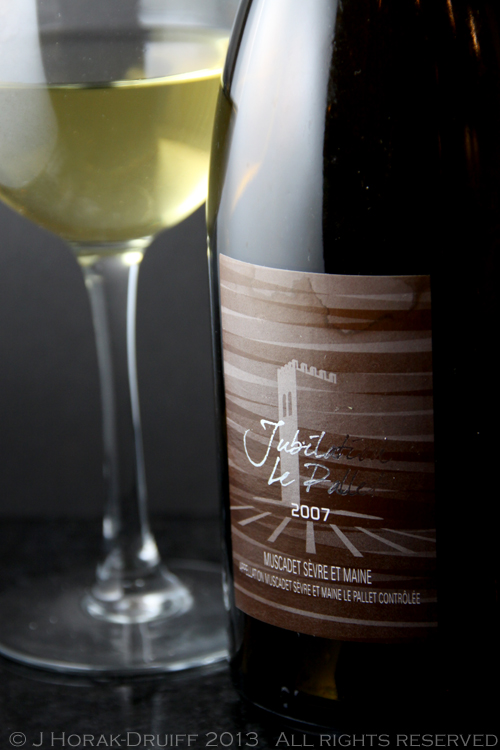 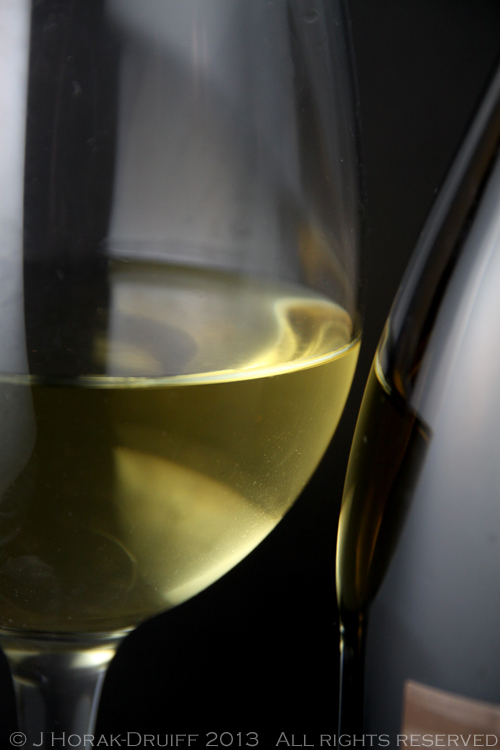 For more zucchini blossom inspiration, how about these:

Print
Prep time
20 mins
Cook time
2 mins
Total time
22 mins
If you can get your hands on zucchini blossoms, do not miss out on the opportunity to make this recipe - it's a bit fiddly but not difficult and the rewards in terms of taste are huge.
Author: Jeanne Horak-Druiff
Recipe type: Appetiser
Cuisine: Italian
Serves: 2
Ingredients
Instructions
Wordpress Recipe Plugin by EasyRecipe
3.2.1255