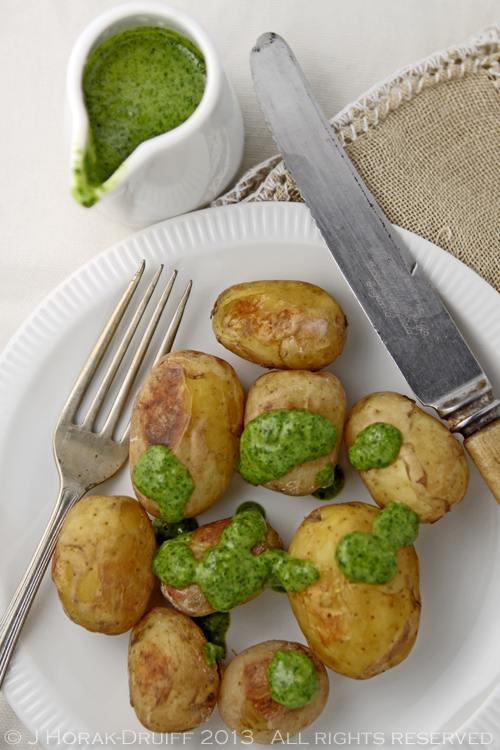 When we first came to London, I remember sitting in the Tube and reading advertisements for a concert at Leeds Castle.  I remember thinking how odd – why would you travel all the way up north to Leeds when you could attend any number of concerts of all descriptions on any given night in London?  What I didn’t realise was that the English seem to have a long tradition of misleading place names:  Leeds Castle is in Kent, hundreds of miles from the city of Leeds; there are no shepherds at all to be found in Shepherds Bush; and the Isle of Dogs seems to have no higher concentration of canines than any other part of London. 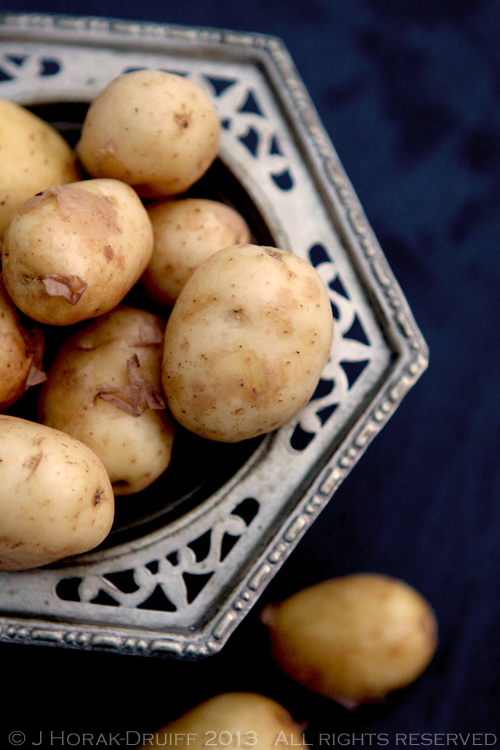 Of course, it’s not fair to blame the English – the world is full of examples of this sort of naming that raises your expectations only to cruelly crush them.  When we told people we were visiting Chihuahua, Mexico in 2005, people constantly said to us “oh, I’ll bet there will be loads of Chihuahua dogs there!”.  Can’t say I was mobbed by miniature canines – and in fact, the city and state are not named for the dogs, but take their name from the Nahuatl word Xicuahua, meaning dry and sandy place.   The dogs, which did originate in Mexico, were later named after the city/state. Similarly, if you imagine going to the Bikini Atoll for an eyeful of miles of beach covered in bikini-clad lovelies, think again.  The Atoll (site of the first nuclear tests conducted by the USA) was named by the local Marshall Islanders using a combination of the words pik (surface) and ni  (coconut).  The first nuclear tests in 1946 took place within days of the launch of a revolutionary new two-piece swimsuit for ladies in the USA.  As the Bikini Atoll was constantly in the news and the name was suitably exotic, it came to be used to describe the itsy bitsy swimsuit and nearly 70 years later, the bikini is still as popular as ever.  But they are not particularly popular on the Bikini Atoll which is favoured by scuba divers rather than hardcore sunbathers. 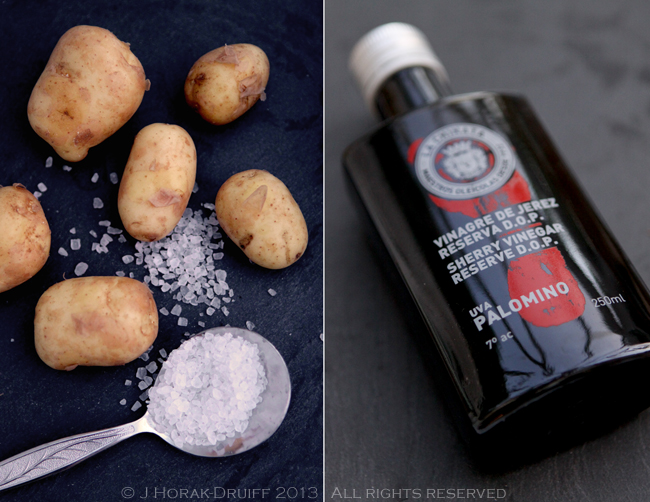 And if you think you will encounter unusually large flocks of small, yellow birds singing their hearts out when you visit the Canary Islands, I’m afraid I have some more bad news for you.  The Romans reached these islands off the coast of Africa by boat and the Spanish name of Islas Canarias probably derived directly from the Latin name of  Canariae Insulae, meaning “Island of the Dogs”.  One theory, recorded by Roman historian Pliny the Elder, is that a king of Mauretania named the island for the large numbers of dogs living there.  It is thought that the dogs he was referring to were probably a species of monk seal which were called canis marinus (sea dog) in Latin. Sadly, the seals can no longer be found on the islands but the name has stuck – and visitors will still not be mobbed by singing canaries.

If you don’t believe me and want to go and check on the canary situation for yourself, then now would be a good time to enter the Shine Again competition being run by Turismo de Canarias.  Until the end of July, you have a chance to win one of seven Canary Island holidays – the hardest part will be to choose which island you’d prefer to visit.  Gran Canaria has history, beaches, mountains and a buzzing cityscape in Las Palmas;  El Hierro is renowned for its diving; La Palma is nicknamed the green isle and is paradise for stargazers; La Gomera’s green forest is home to many species that are found nowhere else in the world; Tenerife is the largest of the Canarias, known for its craggy volcanic interior landscape and black sand beaches; Fuertaventura offers miles of pristine white sand beaches and whitewashed traditional architecture; while Lanzarote offers a spectacular moonscape of black volcanic soil and the most unusual vineyards you will ever see, as well as sandy beaches.  So choose your island, log on, and enter the Shine Again competition – I will expect a postcard from you if you win though! 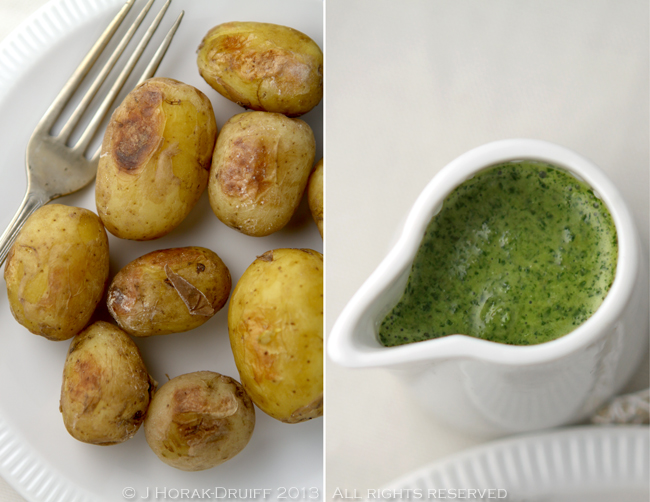 Rather like island flora and fauna, cut off from their mainland cousins, I love how island cuisine always develops quirky local dishes that are unknown (or little known) outside the island itself. The Canary Islands benefited from the dual influence of north Africa just to the east, and Spanish colonial influences, leading to all sorts of interesting dishes like bienmesabe (an almond cream dessert) – I mean how can you resist a dessert with a name that can be translated as “tastes good to me!”? But the dish most closely associated with the Canary Islands is papas arrugadas which translates as “wrinkled potatoes”.  The dish consists of baby potatoes boiled in their skin in heavily salted water until the skin wrinkles.  Originally, the salted water that the potatoes were boiled in was sea water, but unless you live by the beach, using plain tap water and coarse sea salt works just as well – but bear in mind that it is the saltiness of sea water that you are aiming for when you baulk at the amount of salt suggested in the recipe! The potatoes are served with a lightly spiced sauce called mojo. Mojo is a collective name for a range of Canarian sauces ranging from green to orange to red which consist (in their most basic version) of olive oil, garlic, salt paprika and cumin but can additionally be flavoured with chilli peppers or cilantro as well as vinegar or lemon juice.  I opted for the less spicy but wonderfully fresh cilantro option, but you can tinker with the recipe until you find a flavour combination that you like.  Don’t skimp on the quality of your ingredients – in particular your potatoes, but also your vinegar  (I used a fantastic Spanish sherry vinegar by La Chinata, made from Palomino grapes, which came in my Foodies Larder hamper that I blogged about previously). The end result of this deceptively simple dish was quite astonishing – such simple but strong flavours!  Earthy, nutty little potatoes; fresh cilantro; and tart vinegar, all bound together with sea salt – a range of flavours as diverse as the Canary islands themselves.  A perfect side dish for grilled meat or (in our case) grilled salmon fillets.

DISCLOSURE:  This post is sponsored by Turismo de Canarias but all words, pictures and opinions are my own. 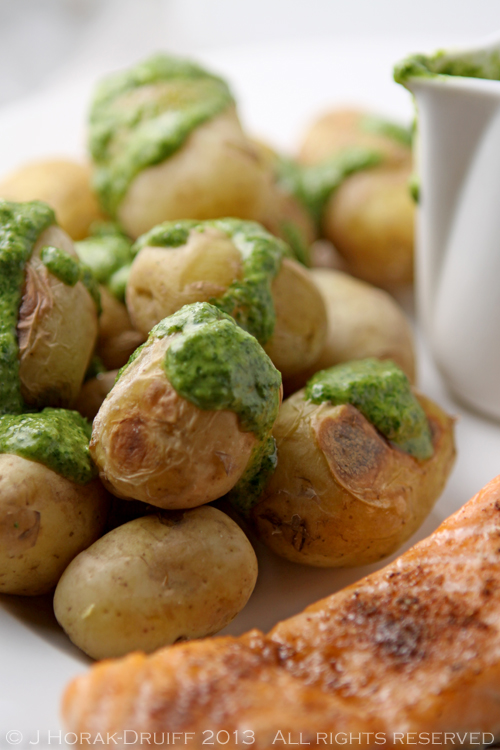