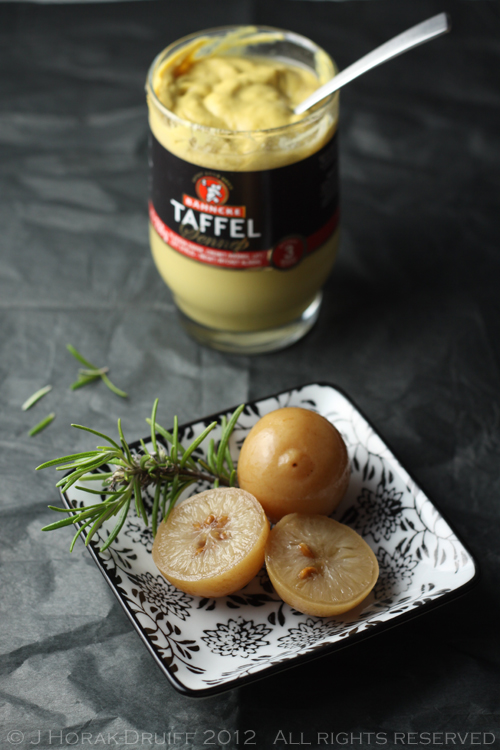 The first time I every heard of rosemary being symbolic of remembrance was when my mother died.  My brother’s wife’s sister visited my dad a few days later and brought him a potted rosemary plan, explaining that rosemary was the herb of remembrance.  I loved the idea of a living remembrance, rather than the floral arrangements that everybody else gave us.  To me, the floral arrangements seemed to be a deeply depressing metaphor for my mother’s physical decline and death, and watching them slowly wilt and discolour made me feel miserably unhappy rather than comforted.  The rosemary had the exact opposite effect, uplifting me with its smell and vibrant greenery.  For a few years, my father cherished the rosemary plant as it grew in his sun-room.  But as he got older and more forgetful, the plant was easily forgotten and one day I arrived for a visit to find the rosemary’s pot empty and the rosemary gone to its grave.  Ironic, don’t you think, that a herb of remembrance should fall victim to forgetfulness. It did make me curious about rosemary’s association with memory though, and a little reading showed me that rosemary has a very old reputation for improving memory.  For newlyweds, it is used as a symbol for remembrance during weddings: a promise not to forget the vows they made that day.  It is also used as a symbol of remembrance at funerals, where mourners would throw rosemary into graves: a promise not to forget the impact that lost loved ones had on your life and the memories that you shared with them. A particularly Australis connection between rosemary and remembrance seems to stem from the fact that the plentiful wild rosemary grows in the area around Gallipoli in Turkey, the scene of a catastrophic defeat for the ANZAC corps in World War I.  Even more intriguing is the fact that modern scientific studies seem to bear out rosemary’s reputation to an extent.  When the smell of rosemary was pumped into cubicles where people were working, the performed better in memory tests; and in a 2012 study one of rosemary’s main chemical components was found to improve speed and accuracy in cognitive performance. On our recent visit to France, we spent a couple of days in the mustard capital of France – Dijon.  It seems that every man and his dog is eager to fling themselves on the Eurostar and visit Lille for the weekend if they do not feel like Paris, but because it is that much further Dijon does not get the same amount of attention.  But to me, it is a far more pleasant city to spend a few days exploring.  The city itself is attractive: its oldest buildings largely escaped major bombing in World War II;  it has a great art museum and a bustling Friday market; it has a glorious open square in front of the Hotel de Ville full of modern fountains and pavement cafés; it is home to the mustard lover’s paradise of Maille; and it is surrounded by vineyards and has a great dining scene. What more could you want?

For our only lunch in Dijon, we visited a restaurant that had been recommended to us by a friend of a friend – Cafe Gourmand, in the Place de la Liberation in front of the Hotel de Ville.  We sat outside, watched the passing parade and ordered out lunch.  My first choice was unavailable, so I settled for a chicken dish – and it turned out to be one of the nicest things I ate on the trip: succulent pieces of chicken breast cooked in a creamy mustard sauce that had been given brightness and freshness by the addition of preserved limes and fresh rosemary. Simple, satisfying and packed with flavour.  I was in love. Back home, the sight of the jar of Bahncke traditional Danish mustard that we had received in our goodie bags from sponsor Gourmelli at the recent Plate to Page food writing & photography workshop was all it took to ignite the memory of the dish and persuade me to recreate it. So perhaps rosemary is not the only culinary herb that’s good for the memory 😉 CHICKEN IN A MUSTARD, PRESERVED LEMON AND ROSEMARY SAUCE (serves 2)

Heat the butter in a large heavy-bottomed frying pan until it foams.  Add the shallots and sautee over medium heat till the shallots are translucent but not browned.  Add the chicken and continue to sautee and stir until the chicken is cooked and beginning to brown.

Add the wine and stir vigorously to ensure nothing is sticking to the pan, then add the chicken stock, rosemary and preserved lemon. Stir in the mustard and mix well, then turn down the heat, cover and allow to simmer for 15 mins or so, until the chicken is cooked through and the sauce is beginning to reuce and thicken.

Stir in the cream, test for seasoning and add salt and pepper to taste.  Heat through, then serve immediately.  Mine was served on a mixture of brown and wild rice, garnished with fresh rosemary, and washed down with some French Rully – my newest and most favourite white wine discovery.  And the verdict?  I think this will be my new go-to chicken recipe on a weeknight.  It takes almost no time or effort to make and it is simply packed with flavour.  The preserved lemon really makes the flavours sing and lifts it out of the realms of the ordinary – an instant classic in my house. Tomorrow, Friday 22 June, I will be speaking as part of a round-table discussion entitled “British Blogging Now” at the Britmums Live 2012 blogging conference in London – hope to see you there! This Sunday, 24 June, you can hear me speak at the 3rd South African Food & Wine Blogger Indaba in Cape Town, South Africa.  I am speaking on “Ethics, etiquette and why we blog”, as well as presenting two photography workshops – one on getting your camera off the auto setting, and one on Photoshop/post-processing together with the talented Alida Ryder of Simply Delicious.  Buy your ticket today – they are selling out fast!