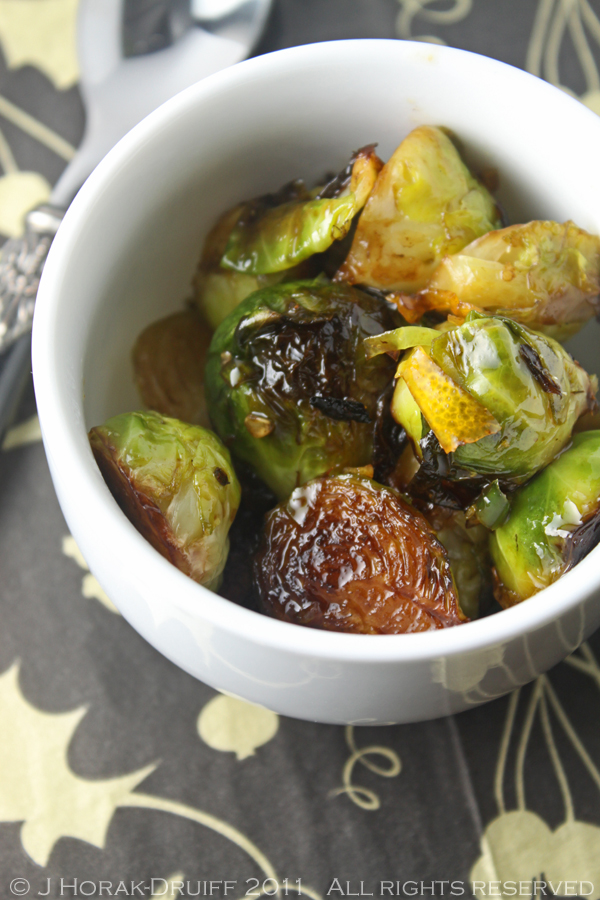 One of the disadvantages of having our dining room in the conservatory at the back of the house is that there is no hiding your kitchen and your work-in-progress from your guests.  I am inevitably in the kitchen when guests arrive and they either pop in to say hi before returning to the lounge, or pass through the kitchen on their way straight to the dining room.  Either way, at some point they materialise by my side to peek over my shoulder at what’s bubbling away on the stove, or roasting away in the oven. Don’t get me wrong – I love having people joining me in the kitchen!  Most often, the kitchen is where the party is realyl happening at my house:  it’s where people perch on stools and catch up; where we finish the champagne before starters are even served; it’s where evil plans of lethal cocktails are hatched; where gossip is shared and problems are solved.  So yes, I love company in the kitchen.

But having people in my kitchen also has its downsides.  For a start, there is no way to hide that I am a messy cook.  We have no scullery, so all the debris of cooking is right there on show for them to see.  It also means that there is no surprising the guests when I bring dishes to the table and whip off the lids – everything is poked, prodded, examined, questioned – and even tasted (despite my dire threats of bodily harm if I see ONE MORE PERSON STICKING A SPOON INTO THAT CHOCOLATE SAUCE! This was pretty much how it went down at a recent festive lunch party.  “Ooh, so what’s in here?”, asked a friend, whipping the lid off a Tupperware.  “Ummm… sprouts?  You’re giving us Brussels sprouts?” Actually, yes I am – it’s Christmas, right?  “Well, let me just tell you, I don’t like Brussels sprouts.  They smell like underarms.  I only like them prepared in one very particular way.  How are you planning to prepare them?” [Note to self:  put down the knife and count to ten.] Mustering a close approximation of a serene smile, I said: “Wait and see.” The gauntlet had  been unequivocally thrown down.  But I wasn’t worried.  I had a secret weapon, and his name was Ottolenghi. What on earth is it that people have against Brussels sprouts?  They are perfectly innocuous wild cabbage buds that are ready for harvest in the late Autumn and early winter, but people’s reactions to them are as exreme as they are to Marmite!  I count no less than nine separate “I hate Brussels sprouts” groups on Facebook. But as I have written before, my personal opinion is that not liking Brussels sprouts is like not liking sex:  you’re just doing it wrong, baby.  And by wrong, I mean boiling the poor little things to death.  You see, overcooking releases the chemical compound glucosinolate sinigrin which has a sulphurous odour – and as anybody who has ever encountered a rotten egg will know, sulphurous is not a good aroma for food.  So there is a simple solution:  don’t boil them! Roast them, sautée them, or shred and stir-fry them – any which way but boil, in fact.  My go-to recipe for Brussels sprouts is to sautée them very simply with shallots and garlic; or when I want to push the boat out I do them shredded and then sautéed with pancetta and pine nuts.  But the other day, my husband mailed me a new recipe for them that had caught his eye.  Bear in mind, Nick is a blokey sort of bloke and recipes do not generally catch his eye – so I knew this had to be something exceptional.

The recipe in question was this one from the fabulous Yotam Ottolenghi, whose praises I have been singing since 2008 when I made his cranberry pear upside down cake and his chargrilled asaragus, zucchini & halloumi salad, so I had very high expectations – and I was not disappointed.  Like all his recipes, it is a bit of a faff with quite a few steps to be followed before the final assembly but let me assure you that the effort is repaid a hundredfold. Here, you need to peel and caramelise  four heads (yes, heads, not cloves) of garlic; then peel a lemon and cook the peel in a lemon syrup; and then prepare and sautée the sprouts before assembling the whole thing.  My advice is to start early!  The end result is revelatory; the interplay of sweet, spicy and tart flavours nothing short of spectacular.  Worth every second of prep time. Ottolenghi presents this as a salad to be served at room temperature but I omitted some ingredients (basil and Parmesan) and served it hot as a vegetable side dish.

And my picky friend?  She had two helpings.  Sprout skeptics – nil.  Ottolenghi – one. Bring some water to boili in a small saucepan.  Drop the garlic in and blanch for three minutes, then remove the garlic and water, dry the pan and return it to the heat.

Pour 2 tablespoons of oil into the pan.  Return the garlic to the pan and fry on high heat for two minutes, stirring, until cloves are golden all over. Add the vinegar, a tablespoon of sugar, the water and some salt. Bring to a boil and simmer on medium heat for five minutes, until barely any liquid is left, then set aside.

Using a vegetable peeler or very sharp knife, shave the skin off the lemon in wide strips, making sure you do not get any of the white pith.  Cut the strips into 1mm-2mm thick julienne slices and place in a small pan. Squeeze the lemon into a measuring jug and add water to bring the volume of liquid up to 100ml. Pour this over the strips of peel, add the remaining sugar, stir to mix and bring to a simmer. Cook for 12-15 minutes, until the syrup is reduced to about a third of its original volume. Set aside to cool down. (NB – do not cook this too long or else you may end up with lemon caramel brittle!)

Trim the bases off the sprouts and halve them from top to bottom.  Heat four tablespoons of oil in a large, heavy-based pan, add half the sprouts, season with salt and pepper and cook on high heat for five minutes.  Stir them when those with the cut side down start developing a good, dark colour – but do not stir so much that they start breaking up.  If the paan cooks dry, add a couple of tablespoons of water.  The sprouts need to soften but still retain some firmness. When done, transfer them to a bowl and repeat with the remaining oil and sprouts.

Stir the chilli, the garlic and its syrup into the sprouts, then add the lemon peel (I added a little of its caramelly syrup too).  Season with salt and pepper as necessary and serve immediately.