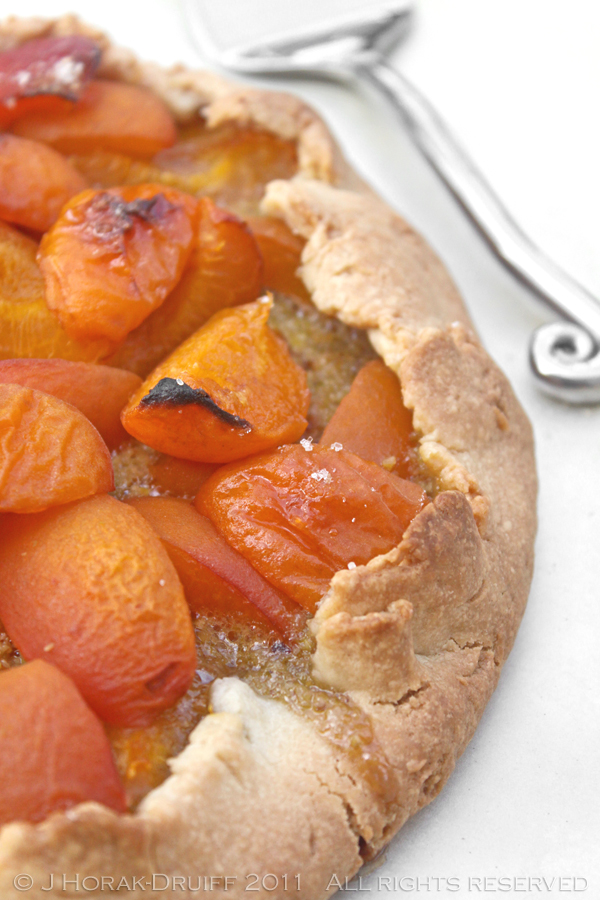 Overheard at the recent Plate to Page workshop in Weimar:

Jamie:  “What do eating and sex have in common?  They are two of the only human activities that engage all five of the senses:  touch, taste, sight, smell and hearing.”

Jeanne:  “And the advantage that eating has over sex is that you don’t get arrested and jailed for doing it in public!”

The fact is that food and eating is not just about your taste buds but a full-on, full-body sensory experience. Anybody who thinks otherwise has never eaten a whole roast chicken with their bare hands, Mediaeval feast style.  Or peeled and eaten a mango, or eaten a whole artichoke, for that matter.  And because food is such an all-encompassing an intensely personal experience, it makes sense that people have such strong, visceral – and divergent views on specific foods.  Show me a boudin noir sausage and I am transported instantly to taste heaven; serve it to Nick and he will leave the table. A good friend confided in me the other day that seeing food served on textured, translucent glass plates has the same effect on her as hearing fingernails scraped down a blackboard.  Another friend can’t stand the flavour or texture of celery (which I always thought to be pretty innocuous) or the taste of cilantro leaves; while the same friend of the glass plate problems feels queasy at the thought of flowering teas.  When my mother was weaning me from milk onto solid foods as a baby, she fed me a spoonful of mashed bananas.  I instantly pulled a face and started spitting it out, all the while opening and closing my fists as if to say:  “Ick, mom!  MUSHY!!”.  I still exactly the same way about evil bananas today. And then there are apricots.  Another blogger (although I now forget who) once told me that the feeling of the furry skin of a peach or an apricot on her skin sends shivers of horror through her body – she simply cannot stand the sensation.  Of course, this means relatives sneak up on her when she isn’t looking, carrying concealed stone fruits, and rub them against her arm, just to see the reaction.  Family – gotta love them!  I am at the other end of the spectrum. I am so enamoured with the smell and feel of apricots and peaches that one of the first things I do when I land in South Africa is hit the supermarket, grab a couple of yellow cling peaches or apricots and snuggle them up against my cheek with eyes closed and a blissed out smile on my face. Yes, I am a little odd. No, there’s nothing they can do for me…! But you get the picture – I love love love apricots. And when I saw them in the supermarket last week, all plump with their rosy blush and almost human, baby-soft skin, I could not resist and bought two punnets. I had been hankering after an apricot galette ever since the lovely Sarka from Cook Your Dream made one last summer.  The word itself comes from the Old French word galet meaning a rounded pebble, since the first galettes were apparently baked on a large rounded pebble heated in a fire, and it is defined as a rustic, free form tart where the pastry is folded around the filling. (There is also a version called a Breton galette which is a buckwheat crepe, rather than a tart, and has a savoury filling.) I think it is precisely this lack of structure in a free-form galette that appeals to me, far more so than a neatly formed pie or a tart, and the fact that you can make it with a wide range of fruit.  And then, as if by magic, the opportunity presented itself to use the abundance of apricots in my fridge and satisfy my galette cravings:  a friend invited me to lunch and asked me to make a dessert for eight.  Game on. I largely followed a recipe from The Telegraph, but seeing as the lunch was to have a Middle-Eastern flavour, I substituted ground pistachios for the ground almonds that the recipe originally called for (simply take whole shelled pistachios and blitz them in your food processor), which added a wonderful flavour.  The whole thing was super easy to put together and looked like a million bucks when I pulled it out of the oven.  If you want to you can make it shiny with an apricot jam glaze after it has been baked, but I chose to leave it as it was – and received rave reviews from the other lunch guests.  If you are wondering about the ale pics above, it’s my suggested drink match – Hot Cross Ale from Morrisons:  not too sweet, but with spicy hot-cross-bun notes and a caramelly finish that works beautifully with the caramelised apricots.  In fact, check out their whole range of interesting beers, both English and foreign – some surprising finds.  But the star of the show was without a doubt the apricot galette.  Better than sex?  I’ll let you decide. To make the pastry, either blitz together the flour, butter and sugar in a food processor or rub the butter into the flour and sugar mixture in a large bowl, until the mixture resembles coarse breadcrumbs.  Mix the yolk with the water and add that to the mixing bowl.  Mix again with the food processor or by hand until the dough comes together in a ball. Scrape out of the bowl, wrap in clingfilm and put in the fridge to rest for a few hours (I left mine overnight).

When you are ready to make the galette, remove the dough from the fridge about 20 minutes before you want to roll it.  Pre-heat the oven to 190C.

Roll the pastry into a circle about 24cm across and 2.5mm thick. Place this circle on to a metal baking sheet covered with baking paper . Mix the ground pistachios and softbrown sugar and sprinkle over the pastry, leaving a rim of about 4cm all the way round.  Pile the apricot quarters on top of the pistachio mixture – no need to be tidy about this! Sprinkle the granulated sugar over the fruit. Pull up the rim of the pastry and fold it over the edge of the fruit all the way round.

Bake in the pre-heated oven for 45 minutes, until the pastry is turning golden and the fruit slightly caramelised. Allow to cool before serving – the caramelly sugar, nut and fruit mix will firm up as it cools – hot out of the oven, it will be a messy affair!  If desired, sift over a light dusting of icing sugar once cooled; or heat some smooth apricot jam and paint this over the fruit with a patry brush for a shiny finifh.  Serve with whipped cream or créme fraiche.

I am submitting this as my entry into this month’s edition of the Monthly Mingle, brainchild of my sister-from-another-mother Meeta and hosted this month by Sukaina of Sips and Spoonfuls.  The theme is stone fruit and you have until 31 July to get your entries in! 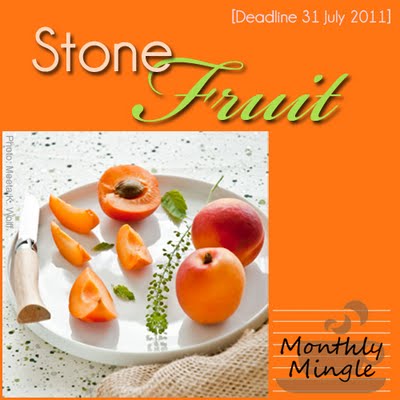 « Saturday Snapshots #151
Food blogging: the state of the nation and some thoughts »