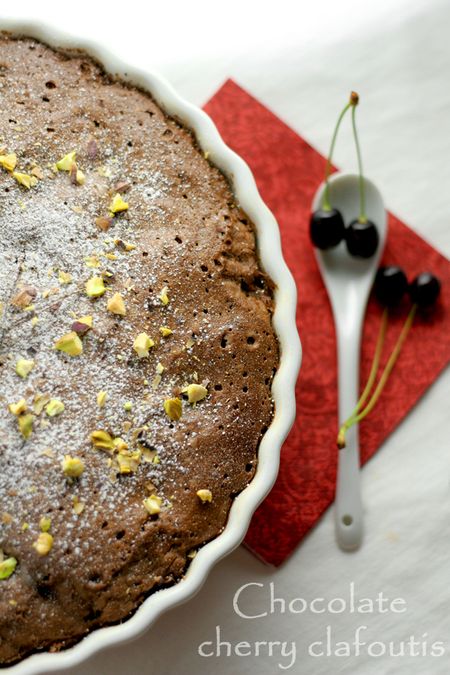 Friday 27 November is the LAST DAY to nominate this blog in the 2010 South African Blog Awards!  Please click here to nominate me!

To want a bite of the cherry.

Life is a bowl of cherries.

It might be because mankind has been enjoying cherries for a Very Long Time.  The wild cherry grows throughout Europe and has been consumed by humans since prehistoric times.  According to Wikipedia, the English word cherry, French cerise, Spanish cereza all come from the Classical Greek (κέρασος) through the Latin cerasum, from the ancient Roman place name Cerasus. It is said that all along the old Roman roads in Britain, to this day you can see lines of wild cherry trees burst into exuberant blossom each Spring because this is where marching Roman legions spat out cherry pips as they marched, thus creating a new the plentiful wild cherries that we still have in Britain today. In our old garden in London, we had a fabulous tree in the.  It was wider than the garden (although this may say more about the claustrophobically narrow scale of London gardens than about the tree!) and taller than the house, and every year it produced masses of (sadly unscented) white blossoms.  It took me years to figure out that this was an ornamental cherry.  Which is different to a wild cherry…  An ornamental cherry merely flowers and does not set fruit, whereas a wild cherry makes cherries.  Smaller than commercial cherries, but cherries nonetheless!  When I first came to the UK, I remember walking to the station and wondering why under certain trees there was an alarming amount or almost purple-black black bird excrement.  At the time I paid no attention whatsoever to the berries in the tree, having been taught from an early age by over-anxious parents that ANYTHING you eat picked off a wild plant was Poisonous and would lead to Certain, Painful Death (!).  God bless parents.  Anyhoo, it took a couple of years for this belief to wear off, and recently I have been looking speculatively at all the berries in said trees until I could contian my curiosity no longer.  To Husband’s horror, I picked one, figured if it wasn’t killing birds it might not kill me, and popped it in my mouth. I have since discovered a lot of wild cherry trees in the park across the road and this season we went cherry picking at least 3 times.  The problem is that the lower branches get picked out quite soon and now we are left with tantalising bunches so high up in the trees that only the fat wood pigeons are enjoying them – wonder if people would stare if I sent Nick to the park with a step-ladder??  Anyhow, the wild cherries are smaller than their commercial conterparts, with more pip to flesh, but equally delicious and with a depth of flavour that is sometimes missing in the commercially grown fruit.  It does make them hard to stone though, so I try to find recipes that do not require stoning.

According to the Joy of Baking, a clafoutis (also sometime spelled clafouti is a French country dessert which originated in the Limousin region in Southwest France.  The word comes from the French word clafir which means ‘to fill’  and it is traditionally made with the first sweet cherries of the season which are left unpitted as the kernels are said to add extra flavor while baking.  The batter is rather like a pancake batter (heavy on the sugar and eggs, light on the flour) and results in a baked custard rather than a cakey confection.

But my eyes had stopped at the “left unpitted” bit.

I have made cherry clafoutis before, so to ring the changes I decided to make a chocolat version this time, adapting my standard clafoutis recipe with the addition of cocoa powder.  The eggs I used were rather small and I did not take into account the change in batter consistency that the cocoa would make, so this particular clafoutis was a little more cakey than usual, but still delicious.  Still, next time I will add an extra egg, as I have done in the recipe below. Sift the flour and cocoa together, add the sugar and stir to mix. In a separate bowl, whisk togther the eggs, cream and vanilla essence.

Make a well in the centre of the dry ingredients and our the egg mix in.  Stir well to mix, then beat with a wooden spoon for one minute to get rid of all lumps.  If time allows, set the mix aside to rest at room temperature for an hour.

In the meantime, pre-heat the oven to 190C and wash and pit the cherries (if you are pitting them).  Butter a 20cm fluted pie dish and cover the base with cherries.  Pour over the brandy and allow to macerate.

When the batter has rested, pour over the cherries and bake on the top shelf of the oven at 190C for 10 minutes, then turn the heat down to 175C and bake for a further 30 minutes or until the batter has set.

If you liked this recipe, you might also like my apricot clafoutis, my rhubarb and ginger clafoutis, or my peach and cardamom clafoutis.

Nominations are now open for the 2010 South African Blog Awards until Friday 27 August.  I would REALLY appreciate it if you would take a few moments to click on the logo above and nominate me in the categories Best Food & Wine blog and Best Overseas Blog.  Only the blogs with the most nominations go through to be finalists, so every nomination counts!! Pretty please with chocolate sprinkles? When you click the link below, CookSister has already been selected as nominee in the abovementioned categories, so all you have to do is enter the security code displayed and a VALID e-mail address, then click on the link in the confirmation e-mail they send you. NB – you have to click the link in the e-mail that you will be sent, otherwise your nomination will not count!  Thanks ever so much 🙂