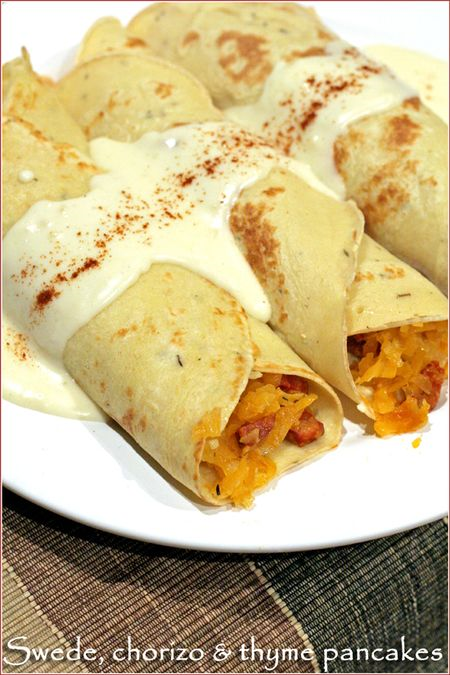 Rutabaga.  Now isn’t that a word to excite the imagination?  It makes me think of Winnebagos, Route 66, and cross country drives.  Of 50s diners with chrome-trim barstools, cherry pie on the menu, and a waitress called Alice.  Of saguaro cacti and Freightliner trucks, glittering with chrome and driven by ZZ Top lookalikes.

The word swede, on the other hand, makes me think of sweat and feet.  Not a combination that has ever started a flight of fancy (outside a very small niche market, I suppose!).

And yet they are one and the same – it just depends on which side of the Atlantic you live. In the USA and Canada, the vegetable is called rutabaga from the Swedish dialect rotabagge (literally “root ram”).  But in much of the rest of the English-speaking world it is known as swede (short for Swedish turnip).  Whether you know it as swede or rutabaga, it is a large root vegetable in the brassica family, closely related to the turnip, but with a higher vitamin C and carbohydrate content (hence its long cooking time).  Its ability to grow in marginal climates like Scandanavia and its suitability for long storage through the frozen months made it a popular winter vegetable in the northern hemisphere, but I have to say I never had it cross my lips until I arrived in the UK.  Even then, it was only as those unidentifiable vaguely crunchy cubes in Branston pickle – I certainly never entertained the thought of cooking it in my kitchen!

That is, until the Morrisons seasonal pancake challenge came along.  Other people got clementines and pears, I got… swede.  Woe is me!  After much thought I decided that the best way to liven up this rather un-pancakey vegetable was in the time honoured and failsafe way of livening up all food:  add some smoked pork products!  I took this dour northern vegetable and gave it a sunny Mediterranean makeover with the addition of chorizo and thyme.

As you can see, the grated swede took on the lovely orange colour of the chorizo oil during its rather long cooking time, which made for an altogther prettier filling. The sweetish but fairly neutral tasting swede also proved to be the perfect sponge for soaking up the spicy chorizo flavour.  As I was a little worried about the dish being too dry, I also added a manchego cheese sauce over the top which rounded things off nicely.  And by the time I licked my plate clean I was astonished to admit that I just might make this again – thanks Lars, thanks Penelope!

If you are thinking of making some pancakes for pancake day on the 16th, there is still time to leave a comment on my Mexican chocolate crepe stack post telling me about your favourite pancake filling and put yourself in line to receive a pancake making parcel consisting of a retro kitchen scale, a non-stick frying pan, a ladle, spatula and whisk – all courtesy of Morrissons.  All comments left by midnight on Saturday 13 February will be put through a randomizer and a winner will be chosen.   Please note that I am only able to ship to the UK.

I’m submitting this dish as my entry into Weekend Herb Blogging (the event created by my friend Kalyn of Kalyn’s Kitchen and now admnistered by Haalo of Cook Almost Anything), hosted this week by the lovely Chris of Mele Cotte.  Do remember to check out the roundup on Monday! Start by preparing the pancake batter.  If using an electric beater, place all the ingredients in the bowl and beat until thoroughly mixed.  Scrape down the sides of the bowl and mix again to ensure that there are no lumps.  If using a whisk, sift the flour into a bowl, beat together the eggs, milk, salt, pepper and thyme and pour the liquid into the flour.  Whisk vigorously until everything is thoroughly mixed and there are no lumps.  If you are feeling like a perfectionist, strain the batter into a jug to remove any stray lumps (I didn’t and my pancakes were lump-free!  If yo are going to strain, though, add the thyme after straining.).  Allow to rest at room temperature for 30 minutes.

In the meantime, heat a little olive oil in a large heavy-based frying pan.  Add the onions and garlic and cook for a few minutes.  Then add the grated swede and continue to sauté for about 10 minutes on medium heat.  Add a little liquid and the stock powder if the pan starts to dry out and stir well to mix.  Cook until all the liquid has evaporated, then add the chopped chorizo and continue to cook for another 15 minutes or so until the chorizo has released its lovely red oil and coloured the swede.  Season with thyme, salt and pepper to taste.

To make the cheese sauce, heat the butter in a saucepan over medium heat.  Gradually stir in the flour to make a smooth paste.  When all the butter has been absorbed, allow to cook for a few more minutes until the mixture darkens slightly.  Stir in the milk a little at a time, stirring or whisking continuously to make sure there are no lumps.  If your sauce is too thick, add a little more milk.  Stir in the grated cheese and continue stirring until it has all melted.  Check for seasoning and add salt to taste as well as a pinch of smoked paprika if you feel that way inclined.

To make the pancakes, heat a non-stick frying pan (or moisten a paper towel with a little sunflower oil and rub all over an ordinary frying pan and heat).  Make sure you use a pan that has a rounded shape, not a 90 degree straight angle between the base and the sides. When the pan is hot, pour a ladleful of the batter onto the base and swirl the pan around till the batter coats the base – the thinner the better!  Cook until lots of little bubbles appear on the top surface and the edges start to brown.  Loosen the pancake from the base of the pan with a gentle shake.  Place an egg-lifter underneath the pancake and flip it over, cook for a minute or so, then remove to a warm plate.

Once you have finished all your batter and made your pancakes, assemble.  Place a pancake on a warmed plate, spoon about 2 serving spoons of the swede filling on to it.  Carefully roll up.  Repeat with the other pancakes until all have been filled.  Plate each person’s pancakes, pour some of the sauce over the pancakes and garnish with more smoked paprika.  Serve hot with a green salad.