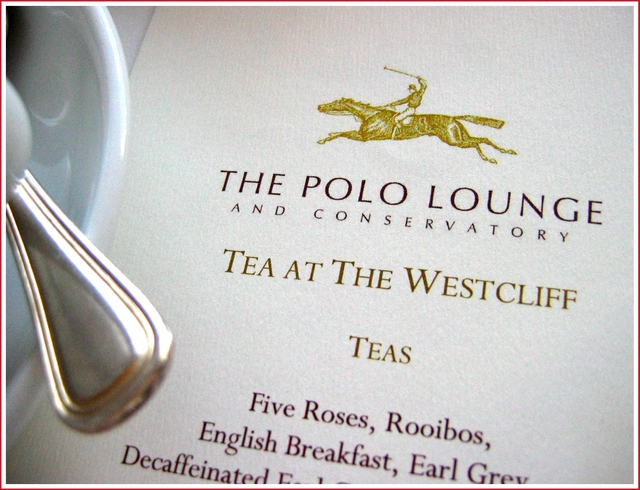 As I have mentioned, I recently went home to sunny South Africa for my father’s birthday.  Never one to miss out on dining opportunities, I had also arranged to stay in Johannesburg for a night on the way down so that I could see some friends and (with a bit of luck) try out some local eating and drinking venues.  As the more observant among you have already guessed from the title – we went to high tea at the Westcliff Hotel. This is one of those iconic Things To Do in Joburg that I somehow never got round to doing in all my trips up there while I lived in SA, kind of like people who live by the sea never going to the beach.  But when I made plans to spend a day to spend in Joburg, this is the first thing that leapt to mind.

The Westcliff Hotel has become something of a Johannesburg institution.  It certainly occupies one of the prime viewsites in the northern suburbs, cascading down a hillside above the Johannesburg Zoo.  The site was originally occupied by the Westcliff Flats, a gabled building later renamed Murray Gordon Mansions which became an old age home.  However, neglect led to the building being vacated and demolished in 1975, after which the site stood vacant for years.  In 1993 the land was acquired by developers who planned 8 upmarket cluster houses.  BUt they misjudged the market  and the completed homes stood empty for two years before being acquired by the Orient Express Group, which converted the property into the Westcliff Hotel.  Why am I telling you all this?  Because otherwise, when you arrive, you will think that the place is bonkers – which is exactly what I did.  It looks nothing like a hotel, apart from the pith-helmeted staff who come to greet you at the gate.  Once through the gate, you are basically at the foot of a hill in what looks like a townhouse complex. Which now, having read the history of the place, makes perfect sense!

After being whisked up the winding road through the hotel’s buildings (each cluster house seems to have been divided up into a number of suites) you finally arrive at the top of the hill at the restaurants.  We were seated in the conservatory off the Polo Lounge, overlooking the pool terrace.  Sadly, the pool had been drained for repairs, but you still had that glorious view over zoo and some of Johannesburg’s most expensive real estate.  Perfect.  The service was very professional and it was only a matter of minutes before our charming waiter had brought us menus – which we didn’t really need as we all knew we were going all out for the full high tea experience.  And what did this include, I hear you ask? 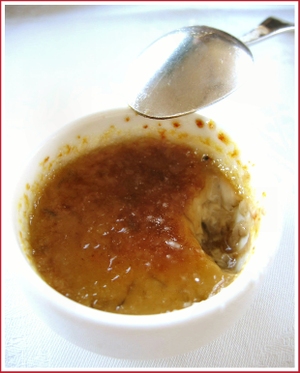 Well, where shall we start?  The price includes unlimited warm beverages (various teas, coffees and hot chocolate) and a gorgeous little tiered silver stand of edible goodies between two people.  On the day we visited, we had:

I also managed a few excellent cappucinos while I was there, although given the exuberant mood of the party I do wish there had actually been an option to have a glass of champagne with your tea for a small surcharge 😉  Four of us spent two very happy (and sometimes rather raucous!) hours catching up, and for the pleasure of these cosseted surroundings, excellent beverages, attentive service and some rather wonderful nibbles, we paid R95,00 each.  Given current restaurant prices in SA, I suspect you could pay a lot more for a lot less.  And if you are paying in foreign currency it is ridiculously cheap (£6.40 or $12.70!).

But the best thing is that you fly into Africa, with visions of mayhem beamed into your subconscious by the media and family members, and then and in a place that is so sumptuously first-world – yet at the same time very obviously in Africa.  Now that makes my heart sing.