You are here: Home / Wine Blogging Wednesday / WBW#16 – judging a bottle by its label 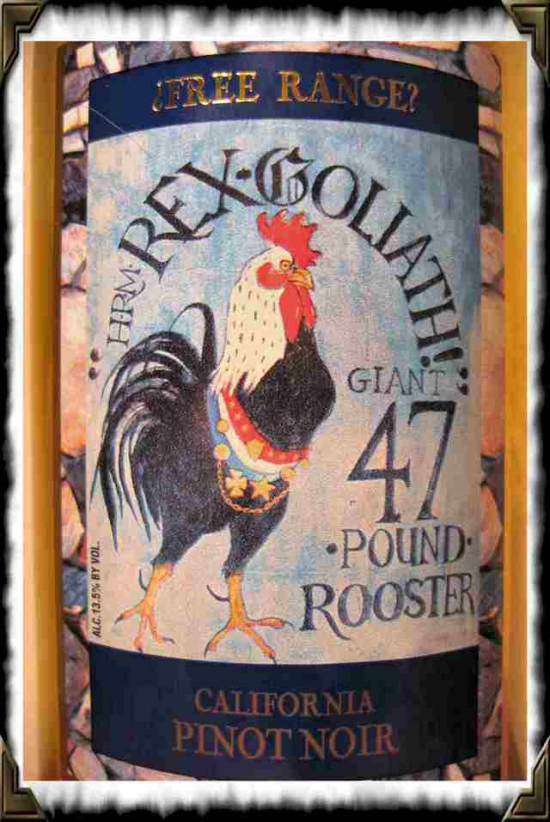 Yes, I know, I still haven’t even got round to posting my own EoMEoTE contribution, much less the round-up, and now here I am taking part in a totally different event.  But some events actually have deadlines (!!) so I guess I need to get this post up pretty sharpish if I don’t want to have to do another “non-WBW” post 10 days after the fact…

As you all know, Wine Blogging Wednesday is the blogosphere’s premier alcohol-related event and we have had all kinds of themes, from countries, to grape varieties, to wine colours (think pink!)  But this month’s edition is a total departure from accepted wine-buying wisdom.  We aren’t going to read up and check the grape varieties, country of origin or alcohol content. Noooooo.  This time Derrick has decreed that we should judge the wine by its label and buy a wine based purely on how appealing its label is.  Easy peasy.  One quick trip to Sainsbury’s and I am astonished at the bland sameness of the labels.  Very little actually leaps out at you from the shelf upon shelf of wine labels.  Yes, there are some cute cartoon animals (penguins and porcupines spring to mind) and some sleek aubergine labels with embossed gold lettering, but little that actually yells “buy me ‘cos I’m fab!” (Hmmm, could be a gap in the market here.  How about a red wine labelled in large bold letters “BUY ME, I’M YUMMY”?  Talk about a poke in the eye to wine snobs…!)  But I digress. 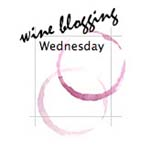 What eventually did catch my eye was a bottle of Rex Goliath Pinot Noir.  (Well, whose eye wouldn’t be caught by a bottle of wine featuring a giant, erm, rooster?? ;-)).  So what does a 47lb rooster have to do with the wine?  Absolutely nothing.  Here’s the blurb on the back label:

“At the turn of the 20th century HRM (His Royal Majesty) Rex Goliath was the treasured attraction of a Texas Circus.  People came from far and wide to behold the 47 lb. bird, billed as the ‘World’s Largest Rooster’.  Our label replicates the one of a kind, vintage artwork from the circus banner that hung above Rex’s roost and we proudly honour HRM with our premium varietal wines.”

Let’s first talk about Pinot Noir for a second – the wine that was so idolised by the Miles in the wonderful movie Sideways.  I don’t drink much Pinot Noir and the reason is twofold:  firstly because I often find it a bit too bland for my taste (not as meaty as, say, a Cabernet or Shiraz but not as much fun as a Rose); and secondly because Pinot is pretty much always expensive.  The reason is not hard to find – the Pinot Noir grape is one of the most prissy, fussy, finicky and delicate grapes around!!  For starters, the Pinot Noir grape is genetically unstable and the parent vine may produce offspring that bear fruit that is nothing like the parent’s in size and shape (of berry or cluster) and will frequently have different flavours, aromas or levels of productivity.  Once you get the vine in the soil, you will find that Pinot is susceptible to a host of pests and viruses, often has insufficient leaf cover to protect the berries from birds, and the thin-skinned and tender berries tend to shrivel and dry out quickly if not picked promptly at maturity.  Pinot Noir is also difficult to ferment as its 18 amino acids cause it to ferment violently, often boiling up and out of its container.  And of course, colour retention is a problem with such thin-skinned berries, which accounts for the pale colour of most Pinots.

Pinot Noir’s natural home is in the Burgundy region of France where it is the principal red grape, but it is also famous for being one of the classic Champagne grapes.  California and Oregon in the USA are both producing quality Pinot Noir wines, and New Zealand is an up and coming producer.  And let’s not forget South Africa, where top estates such as Haute Cabriere, Hamilton Russel and Bouchard Finlayson make some fine examples. The other SA connection is,of course,the fact that Pinot Noir was one half of the parentage of Pinotage, the grape variety developed in South Africa from a cross between Pinot and Cinsault.

Back to my giant rooster wine.  The Rex Goliath Pinot Noir is produced and bottled at the Hahn Estates winery in Soledad, Monterey County, by winemaker Adam LaZarre, and comes with a very respectable 13.5% alcohol.  My bottle came from Sainsbury’s and cost a paltry £6.99, which I thought was a bargain for a Californian Pinot.  I served mine with a delicious roast half-shoulder of New Zealand lamb, marinated for a couple of hours in yoghurt, garlic and rosemary, Greek-style, and my favourite sweet potato wedges sprinkled with fleur de sel.    Mmmmm.  It was a good match as nothing in the food was overly spicy to overwhelm the subtle flavours of the wine and I read afterwards that lamb is one of the suggested partners for Pinot – so good guess there!  Here are my tasting notes:

C – a surprisingly vivid and lovely garnet – not the pale hues I’m used to at all!

N – very shy – could be the wine, could be the chilly ambient temperature in London at the moment. Nick also insisted on putting the wine on the windowsill for a while (!).  At a push, I would say it smelt faintly sweet – like strawberries and boiled sweets

P – Mmmmm.  Lots of ripe red fruit – strawberries, cherries and the like.  It had a lovely rounded mouthfeel with very little by way of tannin but enough acid to balance the up-front frutiness nicely.  I doubt that it would stand up to particularly strident food, but with the lamb it was great.  Medium finish with notes of vanilla and cinnamon.  All round, I though it was a delicious example of Pinot Noir at a very reasonable price.  Will buy again!  And if I can find some of the other wines in the range, I’d like to give them a try too,