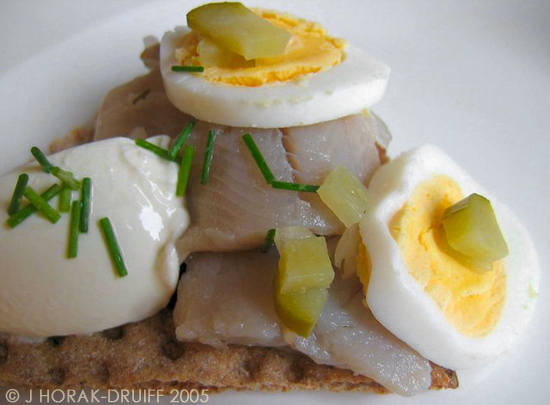 Björn stared morosely out of the window.  The sun sparkled on the waves, the seagulls circled overhead and the gentle sea breeze ruffled his sparse grey hair.  Behind him, he heard another burst of laughter from the other three and turning around, he caught a glimpse of Annifrid’s ample, middle-aged bottom squeezed agonisingly into purple spandex.  He was not a happy man.  First those bloody fools prancing round a Maypole and now this.

“Okay, okay, now we do the other routine again”, he heard Benny say.  “Agnetha, get the cowboy hats!”  What in God’s name had possessed him to agree to this weekend?  A weekend by the sea in Lysekil catching up with his former colleagues in the midsummer had sounded perfectly reasonable.  I mean, they had all been so close once – hell, they had even been married.  All that time had passed and surely everyone had grown up.  So what harm could there possibly be in a couple of days together to reminisce and catch up?  Hah.  It had all started off amicably enough with aquavit toasts all round and a lovely quiet meal the previous night.  That was Friday night when the lights were low.  But after this morning’s walk to see the midsummer Maypole dancers, things had taken a decided turn for the worse.

It was Annifrid who had first started it.  Over lunch she leaned over to whisper something to him and had nibbled his ear.  Nibbled his ear!! For heaven’s sake, it was like having your sister nibble your ear.   Then she had suggested that after lunch, they put on some old concert videos and try on some of the old costumes, just for old times’ sake.  He had flatly refused, but of course, that had been like a red flag to a bull.  She called the others and they had all started nagging and carrying on at him.  On and on and on.  It had seemed churlish to say no, so he had reluctantly agreed, but after 20 minutes of having to stand behind the kitchen counter pretending to play the synthesiser and chanting “take a chance take a chance take a take a chance chance” while Benny mimed guitar solos around the dining table with the girls (Girls? Girls?? Okay, the middle aged women in platform boots then.), he had said thank you for the music and skulked off.  And as he had stomped out to stare at the sea, he could hear them singing after him “if you change your mind, we’re the first in line”, trailing off into raucous cackles.  Had he really been so bad in a previous life that he deserved this??

He had eventually moved out onto the porch with his notebook to try and get some ideas down on paper for the new stage show he was working on – the noise in the house and the incessant sound of platform shoes on wooden floors was driving him berserk.  Things seemed to have calmed down a bit in the house, thank God.  He shuddered to think what they could be up to next.  Suddenly the porch door swung open and there was Agnetha dressed (disturbingly) in an apron and a white catsuit with a feather boa.  “I have something for you” she crooned.  His heart sank.  He had never been able to say no to Agnetha.  Coyly she brought her hand out from behind her back.  Björn’s breath caught in his throat – there on the plate was his favourite meal in all the world.  Bohus pickled herring, sour cream, chives, hard-boiled egg and crispbread.  “Thank you, darling, you remembered after all these years…” he started to say.

But then a hard gleam came into Agnetha’s eyes and she whipped the plate out of reach. “Not so fast”, she said. “First, you will join us in one little song. In costume of course.” And from behind her back, in her other hand, she produced the dreaded outfit. His old nemesis. The white and gold catsuit slashed to the navel, to be worn with platform boots. His heart sank. It had taken years of therapy to get over the humiliation of appearing on stage in this, and now the catsuit was back to haunt him, 20 years and 20 kilograms later. And yet… the lure of the plate of food that she held out was so strong, and he knew from bitter experience that she simply did not know how to give up. Just one song?” he asked, pleadingly. “Of course, darling” she smiled, sensing that victory was not far off. “Okay then, give me the herring”, he replied. “Not so fast, big boy”, she snapped, “first the song, then the food. That’s how it works, OK?”. Oh, he knew allright. Years of marriage to her had taught him all he needed to know. And this was not a fight he could win. So he took the catsuit from her and trooped obediently inside, sourly muttering “knowing me, knowing you, there is nothing I can do” under his breath.

NOTE – This recipe was inspired by Anne of Anne’s Food who kindly left me a tin of  delicious Bohusmatjies after our (soon-to-be-blogged-about-by-me) Euro food bloggers’ picnic, and suggested traditional accompaniments.  Thanks Anne!

For each person you will need:

about 1/4  tin of pickled herring

a generous spoonful of sour cream per crispbread

plenty of chopped chives to garnish

Boil the eggs for about 7-8 minutes.  Cool them in ice water, shell them, then cut into thin slices.  Pile the herring on the crispbreads and spoon sour cream on each piece of bread.  Top with the egg slices and chopped chives.  Put ABBA on the stereo and eat.