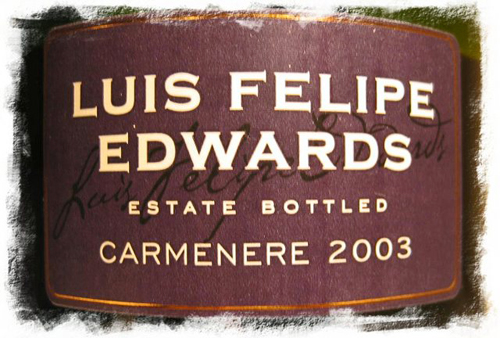 We all know the feeling.  You’re picking up a few things from the supermarket for dinner and pass by the wine section.  Or you’ve just popped in on the way to a friend’s house and want to pick up some drinks and snacks to take along.  Or you’re just a saddo who likes to hang out in your local 24-hour store 😉  Either way, you end up standing in the wine aisle in front of a bewildering array of bottles on shelves and often you have a very limited amount of time to make a choice.  Pop quiz – what do you do??  Well, you might start by picking a country and sticking with what you know – in my case, South Africa and in the case of many people here in the UK, France.  Price will most definitely come into the equation for me – I have a husband who believes less is more when it comes to spending (heaven alone knows what possessed him to marry me, the Queen of Conspicuous Consumption…).  And almost certainly, you will look for something familiar – hey, there’s a Chardonnay/a Merlot.  I’ve heard of that so it can’t be that bad, let’s take it.

All of which is fine and well and might sometimes get you a decent wine.  But the problem with a) the consumer’s attraction to recognised, “”big name” grape varieties and b) the growing trend to list the grape varieties on the bottle (no longer only confined to the New World) means that there is a greater and greater demand for certain noble cultivars.  As a farmer, given a choice, you clearly have to do what will ensure your economic survival.  So if the market demands Cabernet Sauvignon, you rip up the plantings of local grapes and start planting Cab instead so that you can sell more of your wines.  And that’s where it starts getting not so fine.

There are about 600 wine grape varieties in the world (check out this bewilderingly large database)- and yet I challenge you to find more than two dozen in your local wine store or supermarket – and that’s if it has a good selection.  I mean, would you want to live in a world where all you can choose from are 10 or 15 different types of car?  Or ice cream?  Or paint colours?  So why settle for that in the world of wine??  Since this trend towards homogenization is driven by customer demand, why not start buying the more obscure cultivars and generate more of a market for them – that way, the selection available in stores around the world can only improve!  Also, bear in mind that not all vines are equally happy in all climates so growing, say, pinot noir out of its natural habitat could be a costly and wasteful business.  So why not encourage the planting of wines suitable to each country’s particular terroir by being willing to buy wines that you may not have heard of, but that may be perfectly suited to a particular country’s conditions? (If you want to know more about drinking unusual varieties rather than the tried-and-tested, have a look at the excellent Vinodiversity).

You might have noticed that I am rather in favour of Andrew’s choice of theme for this month’s Wine Blogging Wednesday – obscure red grapes.  Ahem.

So after all that evangelising, what did I buy?  Well, I had a limited time to find a wine as I have been madly busy lately and was on a business trip to the wilds of Bedfordshire for half of this week, so it was off to trusty old Tesco.  I did’t have much hope of finding anything unusual and I already knew to steer clear of the South African, Australian and French shelves as they were peopled pretty much exclusively with well-known cultivars.  So I headed on over to South America, looking originally for an Malbec (one of my new favourites).  But instead I came back with something I had never seen or drunk before – the Luis Felipe Edwards 2003 Carmenere.

Carmenere is an interesting grape.  It was once heavily planted in Bordeaux and is in fact one of only six varieties that are allowed to be used in making red Bordeaux blends.  However, it is a very late-ripening grape (even later than Merlot) and because Bordeaux is not known for its hot climate, there were problems ripening the crop almost every year.  For this reason the grape fell out of favour and when it came to replanting after the phylloxera outbreak in the 1880’s, it was simply not replanted.  Today it is almost impossible to find Carmenere grapes in Bordeaux.  Why?  Well, because it has packed up and headed for pastures warmer – Chile!  The first grapes were imported in the mid-1800s and for a long period the grapes were planted in amongst Merlot (with which it shares many characteristics, such as soft tannins and ripe fruit).  But in the early 1990’s when Chilean “Merlots” were thoroughly scrutinised in an attempt to explain their distinguishing characteristics, it was discovered that many of the vines that they had labelled as Merlot were in fact Carmenere.  From then on, Carmenere was correctly identified and bottled under its correct name, and aggressively marketed from the mid 1990s onwards.  Voila – a very extended overnight success story!

So what about this particular example?  Well, Luis Felipe Edwards is a family-owned, boutique wine producer based in the Colchagua Valley in central Chile.  The current owner restored the original 1950’s plantings during the 1970s, and started producing wine in 1994.  This particular wine consists of 85% Carmenere and 15% Cabernet Sauvignon.  We paired it with grilled pork sausages, red wine gravy, mashed potatoes and broccoli and that worked fantastically.  Here are the detailed tasting notes:

Colour – clear ruby with hints of purple around the edges
Nose – red fruits, earthy, strawberry jam. Stemmy with hints of vanilla
Palate – At 14% alcohol it’s not a wine to be trifled with!  But the alcohol is not overwhelming on the palate.  The wine is quite full-bodied with tart red fruits up front and a nice vanilla caramel finish.  It’s not too complex, but has a medium long-finish and the overall impression is balanced and very drinkable.  At £3.99 it is an amazing bargain and I seriously doubt whether you would find any Cabernet Sauvignon of comparable quality at this price.  My advice?  Buy, buy, buy before word gets out and the price goes up!