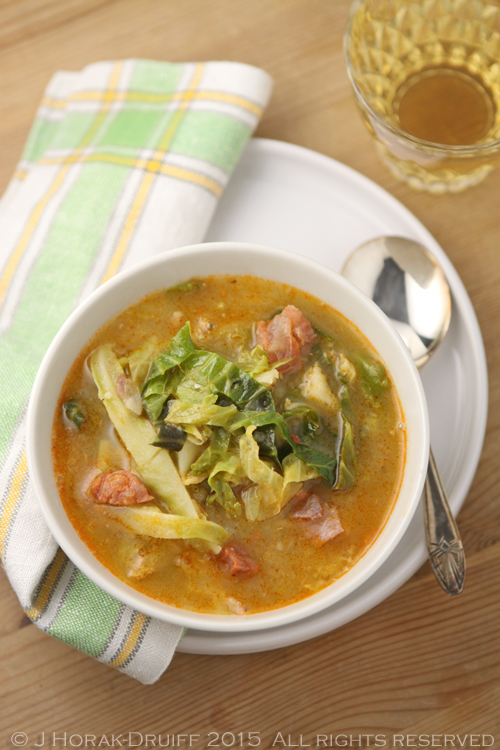 Thus spake Wikipedia. And it’s a word that you increasingly hear being bandied about as a buzzword. If anybody under the age of 75 or so gets on a plane these days to go somewhere else, they no longer want to identify themselves as tourists. “Oh no,” they say disdainfully, “I am a traveller, not a tourist.  I travel to have authentic experiences abroad.”  Hmmm. If you were to take that to its logical conclusion, in a country like Brazil or South Africa, this might mean living in a corrugated iron shack without running water, having to beg or steal for money for food, and having either the police or the local criminal gangs shoot a few rounds over your head as you attempt to go about your daily business. Sound like fun? Probably not.  But these are the authentic daily lives of millions of people in these countries. Being driven around a favela or a township in a minibus and deposited at the door of a friendly local householder who is paid by the tourist board, to dine with his poor-but-happy family in his humble-but-scrubbed-clean home before being whisked back to your hotel?  Authentic? Not so much.

Of course, you will immediately cry out “yes, but for other people in those very same countries, that scenario in no way represents their authentic daily lives!” – and therein lies the rub.  Because although the current fashion is to hail authenticity in all things as some sort of ultimate objective yardstick by which every experience needs to be measured, authenticity is a totally subjective concept. What you define as authentic is totally governed by your library of personal experiences.  And so it is with food.  More column inches and more apoplectic rage has been wasted on the Big Foodie Authenticity Debate that I care to think about.  “How can they call this pho??” splutters the City trader who once spent two weeks in Vietnam. “I simply refuse to eat anything calling itself pizza that is not made with San Marzano tomatoes grown on the volcanic plains south of Mount Vesivius and mozzarella di bufala Campania made with the milk of semi-wild water buffalo raised in the marshlands of  Campania and Lazio” professes the girl whose one grandmother happened to marry an Italian chap loftily.  People tend to think the foods they remember from childhood (their Dutch grandma’s “authentic” Dutch pea soup and the like) represent the gold standard of authenticity.  But this loses sight of the dynamic nature of food and recipes – ingredients, techniques, recipes, traditions and even your palate all change over time.

Don’t get me wrong – a little piece of my soul dies when I read about hybrids like burrito spring rolls, spaghetti curry or sushi burgers.  Beware the dish where the whole is a lot less than the sum of its parts! But because I am in inveterate tinkerer with recipes, and because I often have to tweak a recipe to use up what is in my fridge, I seldom even attempt to assert the authenticity of my recipes. And  when people snootily call my recipe inauthentic because of the type of tomato that you used; or whether you added or omitted a particular spice; or snootily point out that you have used (heaven forbid!) the wrong brassica,  I roll my eyes, pour a glass of wine, and have another bowl of my deliciously inauthentic food. 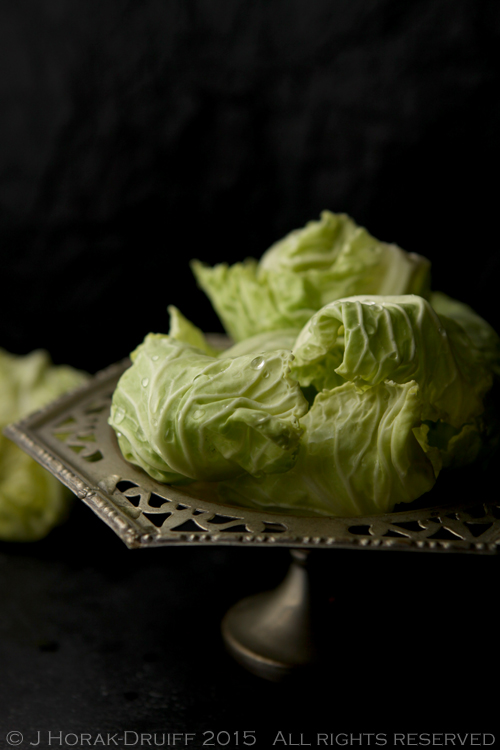 Caldo verde has been called the national dish of Portugal.  Like many heritage dishes, it has its roots in peasant cooking – the kind of dishes scraped together  from whatever was left in the larder by people who did not have the luxury of supermarkets and exotic ingredients.  So naturally, it is made with things that are easy to grow and that most Portuguese kitchens will contain: cabbage, potatoes, water and chorizo.  At its most basic it is these vegetables boiled together in water to make a broth and a few slices of meat for flavour.  My first sin in the eyes of the authenticity police was apparently to start with the wrong type of brassica.  You see, the allotment that we have inherited from our friends Carel and Ryan yielded an unexpectedly large crop of dark purply-green cabbages last month: more than we could eat and certainly more than we could fit in the fridge. So we needed a recipe that used up a lot of cabbage fast – and what presented itself was caldo verde.  No sooner had I tweeted this before it was pointed out to me that in fact I needed kale to make AUTHENTIC caldo verde, not plain old cabbage.  Sadly for them, though, Wikipedia has got it wrong this time and traditionally caldo verde is made with a kind open-leaf tree cabbage that grows easily in gardens all over northern Portugal, rather than trendy kale.  And in any event, the leaves have to be rolled up tightly to slice thinly which is almost impossible with irrepressibly curly kale.  So enough about any ridiculous proclamations about authenticity – let’s move on to the taste!  I think the key to this soup is good stock and good chorizo, both of which will provide the dominant flavours while the cabbage and potatoes provide some satisfying body.  I used Marigold bouillon powder and Unearthed chorizo in mine and the finished dish was sublime – simple, nourishing and delicious – and even better when chilled overnight and reheated the next day. Bom proveito! 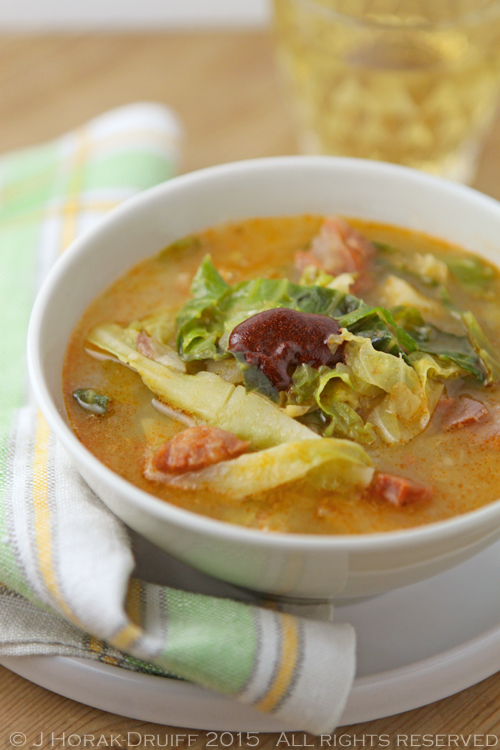 If you are looking for more creative ways to use up cabbage, why not try…

The gorgeous little Art Deco spoon was one of a few items sent to my by the lovely Jennifer at Jennifer’s Cutlery, an online store selling gorgeous vintage cutlery and tableware – everything from cake forks to vintage cruet sets and napkin rings.  It’s a treasure trove for food bloggers and for collectors of beautiful items! 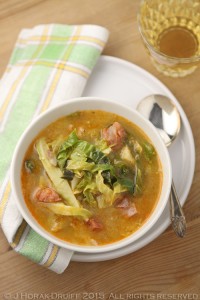