Everyone who has seen the spellbinding film Amadeus must at some time have pondered thisquestion:  how do you know which cultural artefacts from your time will survive for centuries to come, and which will sink into the mists of obscurity?  In the film, we see the parallel stories of approximate contemporaries Antonio Salieri and Wolfgang Amadeus Mozart, both of whom were successful composers in the 18th century.  But how many people can name or hum a single tune by Salieri today? By contrast, almost every person in the Western world can recognise at least one tune by Mozart (even if it is just his variations on Twinkle Twinkle Little Star!).  And yet, at the time, the chances of their music going down in history seemed about equal – whch just goes to show you never can tell.

The same is true of foodstuffs.  Anybody know what Nesselrode pudding is?  Anybody??  The interwebs will reliably tell you that it was the most famous iced dessert of the 19th century, a time when iced puddings were still a huge novelty reserved mostly for the very wealthy.  Surely such a rare and precious recipe would be assured of going down in the history books?  Apparently not – it died out pretty comprehensively and very few people today have the faintest idea what it was.  And a similar fate befell other seemingly unforgettable favourites such as: 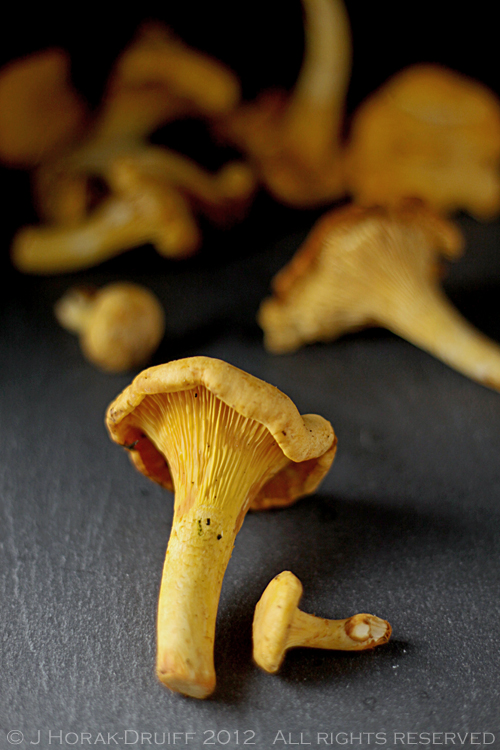 And then there are the ones that stood the test of time – the Mozarts of the culinary world:

Another one of these time-machine dishes is the fricassee a dish which has been appearing on tables and baffling spelling bee competitors since the 15th century.   A fricassee is defined as a method of cooking meat in which the meat is cut up, sauteed, braised, and served with its sauce (differing from a stew in that the liquid is not added right from the start).  The word itself dates back to at least the 15th century and is French of uncertain etymology; the theory, though, is that it is a compound of the French frire (to fry) and casser or quasser (to break into pieces). You can make almost anything into a fricassee, including poultry, fish, meat or vegetables and it is said that US President Abraham Lincoln Lincoln was partial to a chicken fricassee made with nutmeg, mace and a gravy of chicken drippings. My fricassee was born out of the need to make a dish that was satisfying enough for dinner yet simple enough to let the flavour of the chanterelles shine through – and it performed its task admirably! Because the meat and onions are not browned or camamelised, you really taste the unadulterated flavour of the chicken and of the mushrooms. And once you taste it, it’s not hard to see how this simple, flavourful recipe has stood the test of time while the spinach-coloured pudding fell by the wayside!

Print
Prep time
10 mins
Cook time
30 mins
Total time
40 mins
This chicken & chanterelle fricassee is a great showcase for the mushrooms' delicate flavour but works just as well with pork loin instead of chicken, and with other mushrooms such as porcini, forestiere or shiitake instead of chanterelles.
Author: Jeanne Horak-Druiff
Recipe type: Entree
Cuisine: French
Serves: 2
Ingredients
Instructions
Wordpress Recipe Plugin by EasyRecipe
3.1.09

My latest article to appear in Crush Magazine (p34-35) is all about visiting the Vaucluse region of Provence – have a look at the gorgeous layout of my words and pictures that they have produced! 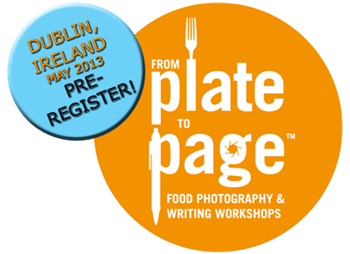 Also – this week we mark another milestone in our Plate to Page story. We’ve been working on our sparkly new website behind the scenes and putting together a brand new workshop for 2013. We’ve worked hard and there were many frustrations, highs and lows but in the end we rocked it. The Plate to Page website is looking hot – isn’t it?

We’re absolutely thrilled about our fourth workshop taking place in May 2013 in Dublin, Ireland. Mark those calendars! From 10th – 13th May 2013 we’re taking the From Plate to Page workshop to the beautiful rolling green hills of County Meath, Ireland. You’ll find all the details to the workshop in our Ireland announcement page. And if you’re wondering whether the workshop is right for you, just read what our past participants have said about our workshops!