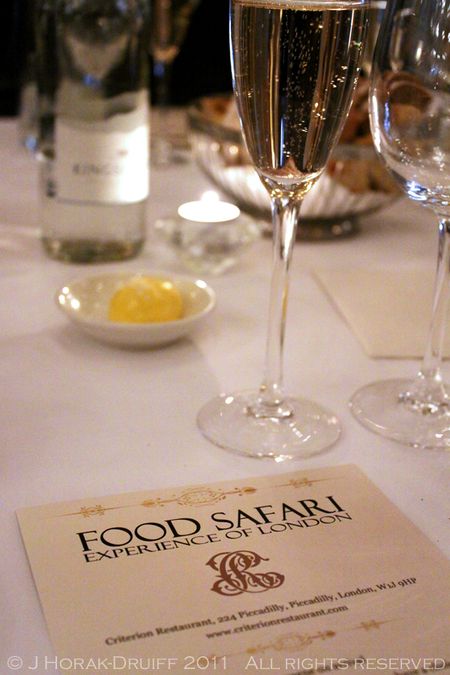 We’ve all done it.  We’ve all sat morosely in an airport lounge with too much luggage and too many crying children and no hope of any improvement on board the plane.  And then they breeze past you in impossibly stylish clothes and with minimal (expensive) luggage, trailing and air of expensive perfume and smugness, and been whisked off down the “First Class only” boarding channel. Or stood in an immobile queue outside a nightclub, corralled into a dank and miserable corner by burly security staff, and watched as the same people (or their twins) stepped out of sports cars and padded serenely along the red carpet on the other side of the velvet rope from where you are imprisoned, to disappear in a flurry of obsequiousness from the door staff to the sound of champagne corks popping to welcome them.

And we have muttered under our breath “who are these people?”.  And how did they get to be… well, get to be them?  Yes, let’s face it, we’ve all wanted to be a VIP at some point.

And now you can – at least that is the premise behind All I Want’s VIP Food Safari.  I don’t know about you, but as a student one of the things I loved most was travelling dinners.  It meant you got to enjoy a 3-course meal with friends who were as broke as you because nobody had to cook the full meal:  you had your starter at one friend’s place, your main at another and your dessert at a third.  Take that basic idea and transplant it to London, using swanky restaurants as locations instead of student digs and there you have it in a nutshell – a VIP Food Safari!  The VIP experience started with a decadently tactile and expensive-looking envelope that plopped onto my doormat last week, inviting me to review a VIP Food Safari.  Inside were details of all the four restaurants we would be visiting as well as the menu choices at each. I was already excited.

At the appointed hour, Michelle and I stepped from the roadworks, tourists, traffic and general chaos of Piccadilly Circus into the calm opulence of The Criterion.  Once we had been greeted and seated, the lovely Matt and Stephen of All I Want explained that the idea behind the VIP Food Safari is to give people a unique London experience, rather than just a meal.  For this reason, the restaurants on a given safari are chosen not so much for a culinary theme, but for their proximity and the attractiveness of the route between them – routes will take you past some of London’s most iconic buildings and areas.  Although it is possible to have a guided walk (as we were having), it is also possible to do the safari on your own armed with a map and receiving text messages to tell you when it is time to move on to the next restaurant.

So – put on your pith helmet – we’re off on safari. The Criterion must be one of London’s most impressive dining rooms.  Built in a neo-Byzantine style, it is all gilt mosaics, mirrors and opulence and a perfect scene-setter for the evening.  Menu options included the soup of the day, a smoked fish platter, and beef carpaccio with seasonal salad, all of which we discussed while enjoying a glass of champagne. I chose the beef carpaccio (£13) which was served not in the traditional way with shavings of Parmesan but rather topped with a Parmesan lattice basket filled with a dice of beetroot and a tangle of watercress. I adored the little lattice basket and the textural interest that it added but was less convinced that beetroot improves this classic dish.  Still, the meat was properly seasoned (a rare occurrence these days!) and fantastic quality – a big thumbs up from me. From there, we set off past the Trocadero, skirting Soho, and ending up at Floridita, a Latin-inspired supper club on Wardour Street.  It’s all glamour as you decend the winding staircase from street level down into the dark, sexy and slightly retro 70s dining room, where we were seated in high-backed booths facing the stage.  Latin menu options included a Mozzarella, aubergine & basil quesadilla; Pan-fried salmon with sofrito and mustard butter; or char-grilled chicken with potato puree & pancetta.  But my heart was set on the spit-roast suckling pig with feijoada & lime gremolata (£30 per person if the whole pig is ordered). The pig was all that I hoped for – tender meat, crackling that was crisply delicious all the way round, and a richly flavoured bed of feijoada, all washed down with a rather good moijito.  What I would say, though, is that if this is the portion size on the regular menu and it really does cost £30, then it’s a lot of pounds for not a lot of pork! I also tried some of Michelle’s chicken which was perfect – charred on the outside, moist on the inside and with the spices infusing the meat.  In short, everything Nando’s should be but often isn’t! However, the potato puree that accompanied it arrived ten minutes or more after the chicken which was somewhat of a let-down.  Service was attentive and the atmosphere was lively once the resident band started playing some Latino classics.  I suspect Floridita is a place where you could easily lose a few hours  – but not while on safari.  Our next restaurant beckoned. Our walking route then took us through Soho (a safari in itself on a Friday night!) to our next stop:  the Sanctum Soho Hotel.  The Hotel is apparently the new place for the rich, famous and camera-shy to see and be seen, and certainly has star quality – everything feels plush and louche and had us craning our necks to see who might be lurking in the dark corners.  The dessert menu included classics such as a cherry Bakewell tart with clotted cream ice cream; and a banana & salted caramel cheesecake – but I went for broke with the double chocolate and pecan brownie with maple syrup ice cream. Let’s just say that I did not regret my decision.  This was the uber-brownie.  Barely crispy exterior wrapped around an almost mousse-like, squidgy interior, nicely offset by the ice cream and berry could that it was served with.  Dangerous. And for all its star appeal, the Sanctum’s vibe was relaxed and friendly rather than edgy and too-cool-for-school.  Sadly the roof terrace was booked for a private function but I am pretty sure it’s a place where I could happily while away a summer evening. Our final walk of the safari took us back across to Regent Street where we ascended the rather swanky stairs to modern Asian restaurant and cocktail bar Cocoon.  This was to be our final stop of the night where we could enjoy a cocktail before either heading home or staying on and enjoying the restaurant’s Friday night “Late Lounge” sounds. All the cocktails on offer had an Asian slant with ingredients like passion fruit, sake, peppercorns or lychee. I chose the Jasmine Fizz (fresh passion fruit pulp shaken with fragrant jasmine & topped with Champagne – £10) which was fresh and delicious, whereas Michelle’s Oriental Mule was altogether spicier – but also very tasty. And then it was back into the harsh reality of my real life – the very-much-un-VIP Tube home! But I’ll always have the memory of my evening as one of them – the VIPs.  The VIP Food Safari retails for £89 which I think represents pretty good value for money, given the prices I saw on the various menus and the amount of organisation that goes into each safari.  I also loved that the experience made me feel like a tourist in my own city again.  Currently the Soho food safari is the only one available, although there are safaris for other ares in the pipeline as well as cocktail and hotel safaris.  All I Want can also organise tailior-made experiences to suit you, from track days for him to shopping trips for her to city breaks VIP tickets to shows and concerts.

Thank you All I Want for having me as your guest! And if you want a second opinion, here is Michelle’s review of our lovely evening.