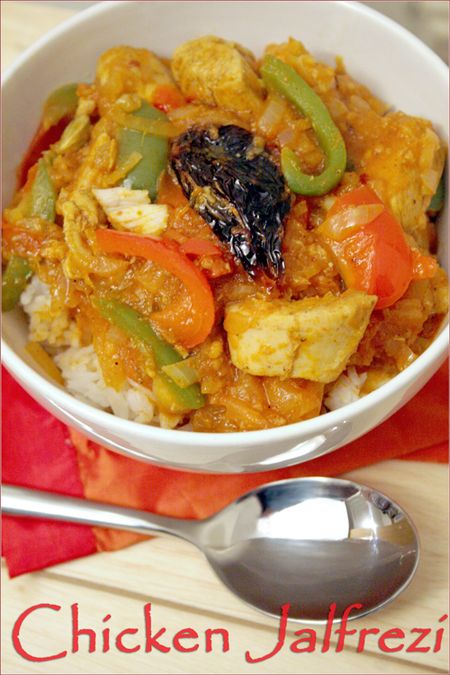 Fact:  I did not grow up liking curry.

I have mentioned previously that as a child, when asked to name my least-favourite dish, I cane up with bobotie (a traditional South African curried mince dish), so part of it was probably just a child’s dislike for any slightly challenging flavours.  But as I got older, I found a new reason not to like them:  they were just too hot!

Allow me to explain the curry situation in South Africa.  The KwaZulu Natal province on the east coast of South Africa is home to a huge Indian population, descended from people brought to South Africa by the British colonial government as indentured labour in the 19th century to work the sugar plantations that the province is known for.  In fact, South Africa has the largest population of people of Indian descent outside of India in the world, i.e. born in South Africa and not migrant (most of them are now fourth or fifth generation South Africans).The city of Durban has the largest Asian population in sub-Saharan Africa.  So it’s safe to say that they know their curries, and Durban curry is known throughout the country as the gold standard of curry.

It may well be that Durban was full of interesting and nuanced curries, but if you grew up in Port Elizabeth in the 1970s and 1980s, there was really only one place where everyone went for curry:  Up The Khyber, when it was still on the corner of Belmont Terrace and Western Road.  When placing your order, the choices were simple:  chicken, lamb or beef?  And would madam like that eye-wateringly, brain-numbingly, or coma-inducingly hot?  Suffice to say I did not go often, or order much!  Perhaps another reason why I never took to curry was the social discomfort of eating at somebody’s house who had made their special curry for the occasion, served with doorstop-sized hunks of white bread slathered in margarine and (my personal pet hate) sliced banana.  You’d want to eat to be polite, but usually I’d end up dabbing gingerly at the gravy around the edges of the plate with the bread, while bleeding out of my eyes in pain.

Not a promising start, then!

I think the thin edge of the wedge was when my mom brought home a jar of Uncle Ben’s korma sauce sometime in the 1990s.  It was a revelation.  A curry that was actually tasty, as opposed to just setting my mouth on fire!  Hurrah!  But that was really as far as I’d go… until I moved to the UK, surely the curry capital of the world outside or Asia.  Here, curries actually had names (as opposed to chicken – very hot; or beef – medium) and seeing as I am married to an avid eater of all things spicy, it was inevitable that we would explore the curry culture.  When we have friends visiting the UK, we always make sure we take them to at least one curry restaurant, purely for the look af amazement on their faces when they see the startling array of curries available.  It can be quite a confusing choice, so for for curry newbies, here is a list of some of the more common curries in the UK, approximately in order from mildest to hottest:

MIDDLE OF THE ROAD:
Tikka – traditionally baked skewers with small pieces of chicken, usually boneless, in a clay based oven called tandoor, after marinating in spices and yogurt.
Rogan josh – aromatic lamb curry cooked with spices in ghee (clarified butter).
Balti – one-pot Pakistani style of curry that is very popular in Britain.  Can be made with chicken, meat or vegetables and is usually medium spiced.

FEELING HOT, HOT, HOT:
Jalfrezi – marinated pieces of meat or vegetables are fried in oil and spices to produce a dry, thick sauce. It is cooked with peppers and chillies.
Vindaloo – Vindaloo is a spicy hot curry dish from Goa, made with coconut vinegar and lots of hot red chili pepper and South Indian pickling spices.
Phaal – char-broiled mutton strips that had been marinated in hot curry spices. Reputedly the hottest curry commonly available on menus.

Whereas I am perfectly happy in the middle of the road, Nick likes his heat in the volcanic spectrum – which is why he usually confines his enthusiastic curry-cooking experiments to nights when I am not home!  But the other night I got home from gym and found him busy in the kitchen slicing and dicing, while consulting a recipe he had stuck to the fridge.  I asked what he was making.  Looking at the list, you can guess why I was slightly concerned when he replied “chicken jalfrezi”!  But I needn’t have worried.  As with many of the curries above, if you make your own it is fairly easy to scale the heat down without compromising on flavour, and this one turned out fresh-tasting with just enough heat for me (I do have to add that the large dried chilli in the picture above did NOT end up in my bowl though!).  Making your own curry from scratch is one of the most rewarding dishes to cook, as the difference between store-bought sauce and home-made is like night and day.  Give it a try!

The recipe Nick used was a slightly adapted version of the jalfrezi recipe on Ahaar.  While you’re at it, check out the rest of the blog – it is a treasure trove of Indian recipes!

Mix marinade ingredients, add the chicken cubes and mix until each cube is coates.  Leave to marinade for 2-3 hours. Then heat 1 Tbsp of oil in a non-stick pan and fry the chicken pieces till then start turning brown. Set it aside.

Heat rest of the oil in a deep pan and add the cumin seeds and whole dried chilli. Add the bay leaves, cardamom pods and cinnamon stick and cook until fragrant. After a few minutes, add the ginger and garlic and sauté for another couple of minutes.

Then add the onions and all the peppers and sauté for a couple of minutes till the onions turn translucent, but not brown.  Remove from the pan and set aside.

To the same pan, add the chicken pieces, tomato puree, and all the remaining spices. Let the chicken cook over low heat uncovered until it is well-coated with spices. Add about ½ cup of water and salt and simmer covered over medium heat flame 10 minutes till the chicken is  almost cooked.

Add the reserved peppers and onions back into the pan and let it all cook together for another 10 minutes till chicken is done and the sauce has reached the consistency that you like.

We served ours on steamed basmati rice and would have garnished with fresh coriander leaves – if we’d remembered to buy some!!