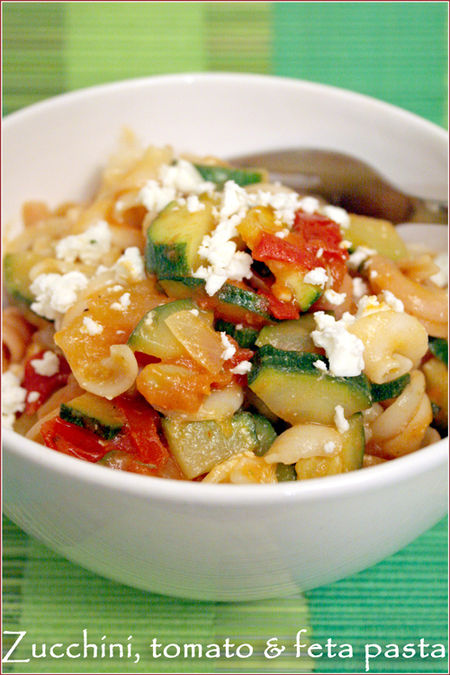 I have been feeling guilty lately.  No, not the usual stuff about eating too much, drinking too much or not going to the gym.  I was tidying up files on my PC and discovered my bulging archives of weekly newsletters that I religiously used to send to my family and friends.  Every week!  6 pages or so!!  I read them now and I marvel at the level of detail that I included – every meal cooked, every movie seen, every bit of gossip at work – and at the way I retold even the unhappiest situations in a humorous way.  They provide a wonderful record of how I spent almost every day from September 2002 until about October 2005.  And they provided a weekly connection with the people I love the most.

What happened in October 2005?  Well, nothing cataclysmic – I just got a bit swamped with newsletters in the wake of our jam-packed trip to the US, and of course a certain food blog was taking up increasing amounts of time… and soon the newsletters became sporadic rather than like clockwork.  These days they are positively rare.  And as a result I walk around permanently feeling a little guilty that these days I spend more time with my online blog friends than I do writing to the people I’ve known my whole life.

But that doesn’t mean that they (or all the great memories we made!) are not constantly on my mind.  The Meadows Monday supper club.  Loreley holidays.  Aerobics at the church hall.  Monty Python audio tapes.  Dinner parties at Summerville.  Unlimited Three of a Kind.  The Egg and Fox.  Dancing the the Beatles in the lounge.  Quarters when we were house-sitting.  Limelight, Cadillac Jacks, Jack Ruby’s, Tequila Sunrise (awwwww) and the infamous Pig Night.  I remember them all, and I miss all of you, even when I don’t write.

What brought on this wave of nostalgia?  The other night I found a packet of Orgran gluten-free pasta, bought when my oldest friend Andrea visited in the summer.  She was so excited by the huge range of gluten-free stuff available here that we went a little overboard and bought faaaaar more food than we could eat during her stay!  I ended up inheriting some of the gluten-free stuff we bought – including this pasta.  I have not up to now tried gluten-free pasta as it is usually quite a bit more expensive that wheat pasta, and I am lucky enough not to have a problem with gluten, so I was curious to see what it was like.

Gluten-free pasta is generally made with either corn, rice or quinoa, each of which has subtly different properties.  Quinoa pasta tastes distinctly like quinoa; corn pasta has a a sneaky popcorn-like flavour; and rice pasta tastes neutral and is good at soaking up the flavours in a sauce.  Orgran also make a corn pasta, but the one we got was rice and vegetable fusilli with spinach, beetroot and tomato.  It’s a very pretty pasta in its raw state, with a jelly-baby sort of translucence, unlike wheat pasta, and vivid vegetable colours.  As with all non-wheat pastas, make sure you follow the package preparation instructions carefully, use plenty or water, and add salt and oil to the water to prevent clumping.  The rice pasta also seemed to make the cooking water more gloopy than wheat pasta, so be sure to drain and rinse well and don’t overcook!

And the verdict?  I somehow expected the rice pasta to fall apart during cooking and be a soggy mess.  So much for preconceptions!  It cooked perfectly as dente and although the spirals did have a tendency to split into two, if I hadn’t known that this was gluten-free pasta I would certainly not have guessed from the taste or texture.  The sauce is one of my favourite easy, low-fat standbys and is on regular dinner rotation at Chez Cooksister.  As an aside, the colours of the sauce exactly matched the colours of the raw pasta – how’s that for being a domestic goddess:  colour co-ordinated recipes 😉 Prepare the pasta according to the package instructions until al dente.

In the meantime, heat a couple of tablespoons of olive oil in a large frying pan and sauteé the onions and garlic until they begin to soften.  Add the zucchini and continue to sauteé until it also starts to soften.

Add the tinned tomatoes and sugar and allow to simmer until the zucchini has softened as much as you like, and the sauce is heated through.  Check for seasoning and add salt and pepper to taste.

Drain the pasta, rinse and return to the pot.  Add the sauce and about half the feta cheese to the cooked pasta and mix well.

Serve with the remaining feta crumbled on top.

I had really hoped to get this up in time for the 100th edition of Presto Pasta Nights, the pasta-centric event founded by the lovely Ruth of Once Upon a Feast… but sadly there just weren’t enough hours in the day 🙂 So instead, I’m sending it to Wiffy of Noob Cook, who is hosting next week’s PPN.