You are here: Home / Food for thought / Feast, famine and Ferran Adria – and a challenge 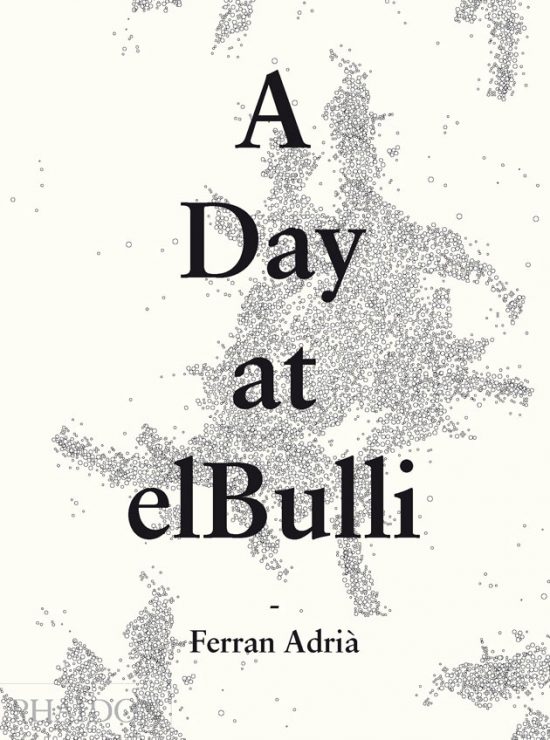 Last night I (together with 900-odd other foodies) filled the Queen Elizabeth Hall at the Royal Festival Hall complex to hear a talk by one of the biggest names in the foodie world today: chef Ferran Adria of El Bulli.  Adria has been called the best chef in the world, and El Bulli has been named Best Restaurant in the World, so expectations were high, as you can imagine.  As a social event, it was great – I went with Johanna and Xochitl, and finally met up with Anthony for drinks.  Afterwards, I bumped into Krista, Ben and the lovely Niamh, as well as Bill (who ended up joining us for dinner).  If you want a liveblogged version of events, check out Anthony’s, as well as his excellent follow-up post on the Guardian Word of Mouth blog which makes you feel as if you were there.

For those who want my views, here’s a precis.

1.  Ferran Adria is a thoroughly charming, engaging, intense and humble man.  He is also quite obviously a perfectionist and passionate about what he does.  I’d like to learn Spanish just to have a proper conversation with him.

2.  Cookery’s gain is politics’ loss – I have never seen somebody sidestep questions with such elegance and charm!

3.  Whoever dreamed up the audiovisual sequence that was shown at the beginning of the talk should be poked with sharp sticks and fired immediately.  The sequence was meant to take the great unwashed (who have almost to a man not been to El Bulli, nor have any chance of doing so in this lifetime) on a video journey to illustrate what “the El Bulli experience” is like.  Kind of like friends showing you the video of their luxury holiday home in the Bahamas, rather than inviting you to stay. The couple were sort of dumpy and thoroughly unglamorous.  She spent the whole film simpering with eye-rolling delight while chewing; he remained expressionless, chewing the cud thoughtfully until, somewhere near the end, he appears to have been knocked backwards in his chair by a particularly strident flavour. Lesson learned:  close-ups of ordinary people chewing and eating are not very tasty.  The extreme close-ups and wonky camera angles (as if taken from the perspective of a lobster on the plate looking up at it’s prospective consumer) gave the whole sequence a Monty Pythonesque air, and you kept thinking somebody might bring a wafer-thin mint and a bucket.  Oh, and the whole thing was set to a soundtrack of The Beatles’ A Day in the Life.  Absolutley surreal.  I was positively terrified by the end of it.

4.  Listening to Adria distance himself painstakingly and at great length from espumas/foams (the technique he is credited with inventing, and which has become a byword for all that is pretentious in food today) was curiously like listening to My Chemical Romance explaining why their music is so not emo.

5.  It was completely fascinating to see visuals of how the El Bulli chefs make natural-looking fruit that in reality consisted of a fruit jelly mould filled with fruit-flavoured sorbet.  And the secrets of spherification revealed – who knew??

6.  It’s great to see that microwaves are used in the El Bulli kitchens, but for Adria to tell us with a straight face (and repeatedly!) how he really, really, really is just an ordinary cook like you and me and that anybody can do this stuff… when in the visuals you can see him doing all this ordinary, home-cook-ish stuff with a bowl of liquid nitrogen and a Thermomix.  Which retails for £750.  Really…

After about 40 minutes of listening to Adria and watching a couple of video clips, there was time for some audience questions (questions about how to get a table at the famously impenetrable El Bulli were banned by Jay Rayner before we began!) and then it was all over, bar the scrum for a copy of Adria’s new book, A Day at El Bulli.

In summary:  I thought the whole affair was a lot like talking about sex with no hope of actually copulating. Let me be clear – I admire Ferran Adria and his cooking tremendously and would sell my grandmother (sadly deceased!) to get a table at El Bulli.  But I just don’t think that navel-gazing about the experience of eating there or hearing how (the admittedly impressive) Adria is “just an ordinary cook” is anywhere near as interesting as actually eating the food.

And while I was sitting amongst all these well-fed, well-dressed folk oohing and aahing about the dessert visuals, I recalled something I’d read in the paper this week that really shocked me and that I cannot get out of my head.  Remember the UN World Food Programme for which we raised funds with last year’s Menu for Hope event?  Well, last month they made an urgent international fundraising appeal to fund their relief operations in Zimbabwe, where 2 million people now rely on food aid as food production, civil society and the economy slowly collapse and the political turmoil drags on.  The international response to the appeal was lukewarm, to say the least.  Donors simply have not responded and the WFP has now had to cut cereal rations from 12 to 10kg and the pulses ration from 1.8kg to 1kg per peson per month.  It is predicted that the situation will worsen in the new year and up to 5.1 million people (or 45% of the population) will need food aid – which the WFP will be unable to provide due to lack of funds.

Here is an excerpt from the World Food Programme’s website relating specifically to Zimbabwe:

So when I was sitting in the auditorium last night, I caught myself wondering what on earth a Zimbabwean living on diminishing rations of cereals and pulses would make of a bunch of well-fed people paying a lot of money not to eat food, but to listen to somebody talk about food that is about as far removed from basic nourishment as it is possible to get.  Or, better still, to watch a video of two strangers eating this food in a restaurant in another country that most of them have exactly as miuch chance of going to as winning the lottery.

I’m not naive – I know that my foregoing a juicy steak here in London is not going to help in any way to put food on poor Zimbabwean tables.  And yes, I did go out to a relatively expensive restaurant after the talk without suffering agonies of guilt.  But I did wonder how many people in that auditorium would as easily have handed over the price of the El Bulli book to the World Food Programme, and why we are so easily parted from our cash to gaze adoringly at a man who maintains a reservations policy designed to keep us out of his restaurant, rather than donate money to assist the innocent victims of the Zimbabwe man-made disaster. And it did make me squirm uneasily in my seat.

So here’s a challenge for you:

–  and I challenge everyone who has been following my (frankly exhausting!) progress through NaBloPoMo to match my efforts.  I am blogging for 30 days, so if you’ve been enjoying the fruits of my sleepless nights, I challege you to donate 30 of your local currency units to the World Food Programme – be they Dollars, Rands, Pounds, Euros or whatever.  It’s a fair swap, right?

As Bob Geldof said of Ethiopia back in 1985, “people are dying NOW.  Give us the money NOW!”