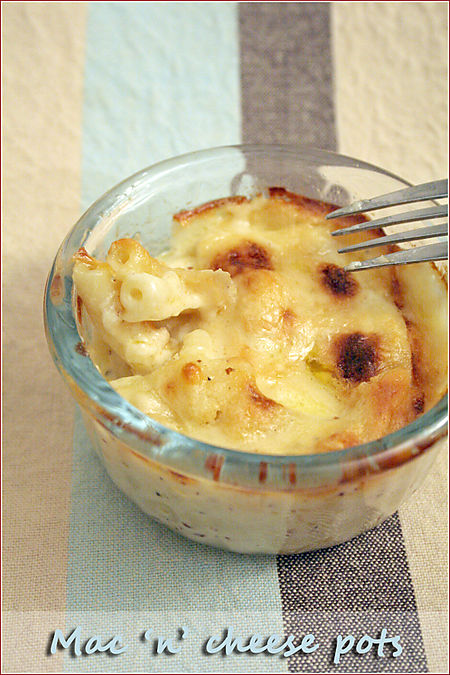 You know how sometimes everybody likes something… except you?

I remember that at school everyone like liquorice… except me.  How I wished I could also buy those long black ropes of liquorice at the corner cafe and chew contentedly all afternoon… but sadly it was not to be.  Satan’s own shoelaces, if you ask me.

Or, more recently, how everybody loved Dan Brown’s The Da Vinci Code.  Me?  I thought it was a fun plot (done before and better in The Name of the Rose, though) peopled by the most ridiculously two-dimensional characters, and a thoroughly annoying, breathless and italics-laden writing style.

Mac ‘n’ cheese is another example – most people get a wistful look in their eyes at the mere mention of the dish, thinking back fondly to a warm, comforting nursery dish.  It’s good, honest food, right?  Noodles, cheese sauce, maybe the odd tomato slice on top for colour – can’t really go wrong, can you?

Well, sadly, that’s not the case.  You see, the problem with this sort of deceptively simple food is that people start to equate simple cooking with sloppy or lazy cooking, and I seem to have encountered my fair share of this over the years.  Mention mac ‘n’ cheese to me and I think of claggy, overcooked noodles gummed together like superglue; of cheese sauce that had never been near a piece of cheese; of dishes left in the oven until the cooked pasta had re-hardened to its uncooked consistency; or flavourless white-on-white gum that’s been microwaved to death.  I could carry on, but I don’t want to offend sensitive readers.

So suffice to say that when the BBC Olive Magazine asked me earlier this year to test a recipe for them, my heart sank when I heard the recipe was to be mac ‘n’ cheese.  But looking at the ingredient list, I felt the first vague stirrings of hope.  Three kinds of cheese, including Gruyere?  You mean like a cheese fondue?  Things were looking up.

Mac ‘n’ cheese (or macaroni cheese as I grew up calling it) is very popular in the USA, with some even claiming that founding father Thomas Jefferson invented it.  Although this is unlikely, he did serve it at a White House dinner in 1802.  A large part of the dish’s popularity is ascribed to Kraft’s introduction of its Kraft Dinner ready-to-prepare mac ‘n’ cheese in 1937.  The Kraft version received a huge boost during and after World War II when food was rationed and the Kraft version was seen as an affordable substitute for meat dinners.  In fact, the taste of this particular Kraft dish has become so ingrained in American tastebuds that people have been known to choose the Kraft version over a made-from-scratch mac ‘n’ cheese!

I’m afraid I’ve never had Kraft mac ‘n’ cheese so I can’t comment on the taste… but I can tell you about the mac ‘n’ cheese I made.  These little pots were a total breeze to make, and I love the idea of individual ramekins rather than a big dish.  They would be adorable to serve at a dinner party, and it’s dead easy to double the recipe and freeze a few ramekins for another time. The taste was the real surprise for me – it was like having a cheese fondue that a few noodles had strayed into – perfectly heavenly!  The combination of full-flavoured cheeses and wholegrain mustard means that nobody can describe these as being lacking in flavour, and there is enough cheesy sauce that they aren’t remotely dry.

In a nutshell, it’s nursery food, dressed in a new outfit and all grown up.  And if it can convert me, it will absolutely delight all the rest of you who are already mac ‘n’ cheese fans 🙂 Melt the butter in a pan and stir in the flour.  Keep cooking and stirring for about 3 minutes, then gradually whisk in the milk to make a smooth sauce.  Add the garlic, simmer for 4 minutes , then remove the garlic. Add the mustard, cheddar Gruyere, half the Parmesan and stir until melted.  Season to taste with salt and pepper.

Pre-heat the oven to 220C.  Boil the macaroni until just al dente. then rinse under cold water and drain well. Mix with the sauce and divide between 4 small ovenproof dishes.  Scatter over the remaining Grana Padano, then bake for about 15 minutes until golden and bubbling.

I’m submitting this recipe to Ruth over at Once Upon a Feast as my very first entry into her weekly Presto Pasta Nights event – do be sure to check out the round-up on Friday!

« Potato salad with apple and thyme
Rhubarb and ginger clafoutis »