You are here: Home / Recipes / The best braaibroodjies for Heritage Day 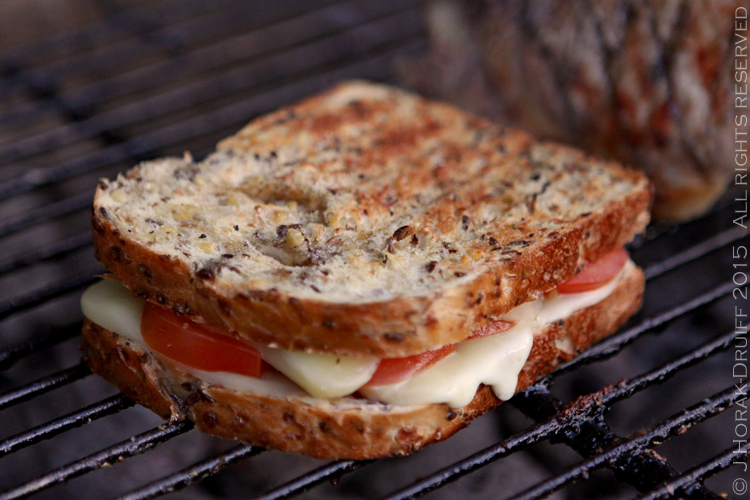 What can I say – it’s been a bit of a tumultuous week.

First there was the wonderful Oktoberfest in Munich last weekend, where much beer was consumed and many new friends were made.

Then I woke up on Sunday morning to find that my country had no president.

On Thursday my friends Belinda and Andrew left for South Africa and Nick left for Chicago.

And today I have had the worst cold I have had in ages – aches, pains, fever – you name it.

South Africa has a whole lot of unusual public holidays.  Here in the UK, we have Christmas, New Year, Easter and a few random Bank Holidays, none of which have any real links to historic events.  In South Africa, however, every holiday tells a story.

Human Rights Day on 21 March celebrates the human rights enshrined in the Bill of Rights our Constitution and commemorates the day of the Sharpeville massacre.

Freedom Day on 27 April marks the occasion of the first democratic elections in a post-Apartheid South Africa in 1994.

Youth Day on 16 June commemorates the tragic but seminal events of 16 June 1976 when Soweto youths marched in protest against the education system and many were shot by police, including Hector Pieterson.

Women’s Day on 9 August commemorates the women who marched in 1956 against discriminatory pass laws.

The Day of Reconciliation on 16 December has a particularly poignant history.  In 1837, one of the Voortrekker leaders, Piet Retief, entered into negotiations with Zulu chief Dingane for land.  Dingane promised them land provided they retrieved his cattle that had been stolen by another chief.  Retief and his men did so and apparently did sign a treaty in February 1838, but shortly thereafter Dingane had Retief and his party murdered. Many battles ensued, resulting in much loss of life on both sides.  On 16 December 1838, 10 000 Zulu troops attacked the Voortrekker force of 470 in what became known as the Battle of Blood River.  Having the advantage of guns and gunpowder the outnumbered Voortrekkers overcame the Zulus, killing 3000 while only suffering 3 wounded men themselves.  On the eve of battle, the Voortrekkers had prayed to God for His assistance and made a vow to build a church and forever observe the date as a day of thanksgiving should they win.  Under Apartheid, 16 December was known as the Day of the Vow, but since 1994 it has become the Day of Reconciliation, a day to foster national unity and reconciliation.

There you go – a potted history of the country as told by its public holidays!

Apart from being Heritage Day, 24 September is also celebrated as National Braai Day.  What more fitting example of our shared cross-cultural heritage can there be than a braai??  Far from being the preserve of white rugby-playing, beer-swilling males, cooking on an open fire under South Africa’s sunny skies is a uniting activity for everyone – just ask Archbishop Desmond Tutu, the patron of Braai4Heritage.

Sadly, we did not braai on the 24th – the weather was against us and the house was a disaster with three people frantically trying to organise and pack their belongings into their respective suitcases, but I do have a recipe to share with you that we made earlier this month:  braaibroodjies (or in English, braai sarmies).  These are basically grilled cheese and tomato sandwiches done on the barbecue grill, lending them a particularly appealing smoky taste.  You can keep them as simple as you like or dress them up to the nines – the choice is yours.

However you choose to make them, here are some hints that you will find helpful:

And here is my favourite recipe, developed to perfection over the course of many years.

Use about 2/3 of the butter, the garlic and the parsley to make garlic butter.
Spread the outsides of the sandwich with plain butter (this helps with browning and prevents sticking) and the insides with the garlic butter.

Spread some Mrs Balls chutney (another South African institution!) over the butter and then add thinly sliced tomatoes, onion and grated cheese and season with salt and pepper (or Aromat, my much-beloved daily source of MSG ;-)).

Press the 2 halves of the sandwich together before grilling.  Make sure the fire is cool enough not to blacken the sandwiches before the cheese has had time to melt. Pressing down on them with an egg lifter as they toast helps to glue the 2 slices together as the cheese softens. Turn when the bread starts to brown and remove when both sides are browned evenly and the cheese is fully melted.